Four ingredients, five minutes, and you'll have a jar of pure flavor firepower 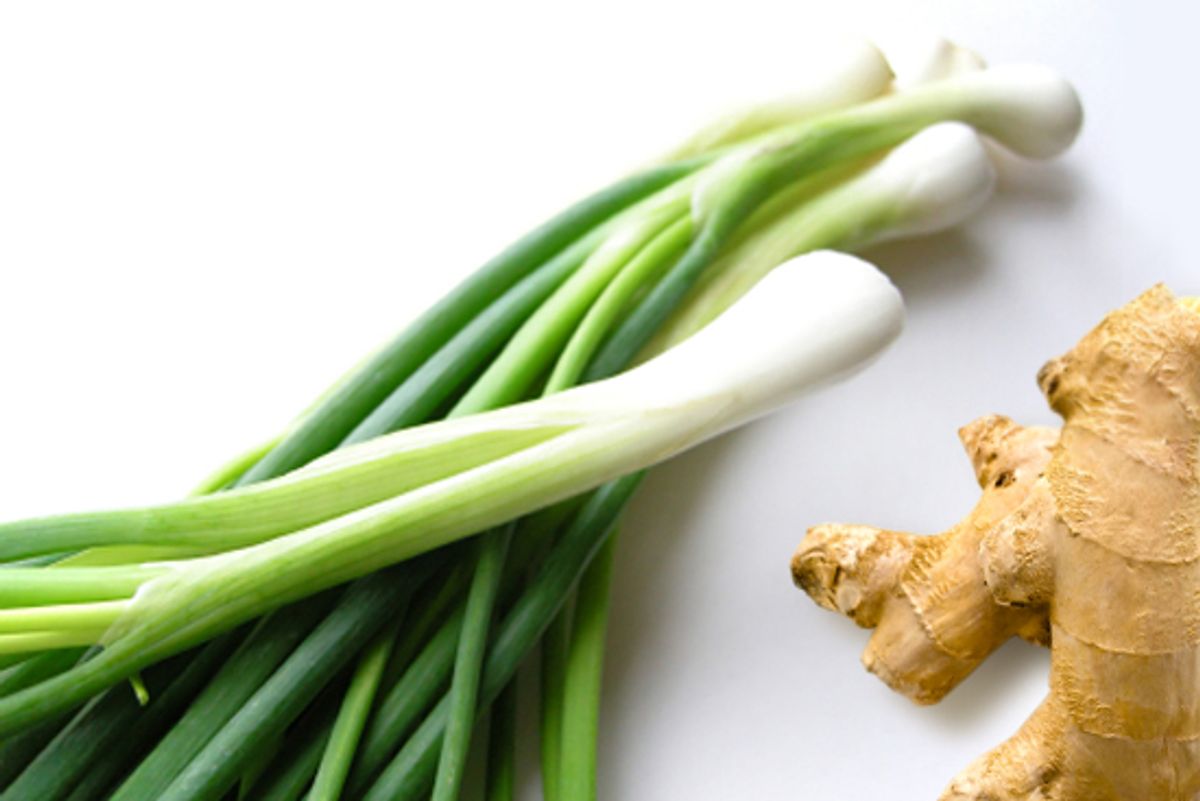 There is a time in every eater's life when all you want is culinary firepower, when dainty ideas like "balance" and "nuance" just need to duck and cover while the big guns blast away.

For me, after youthful dalliances with Tabasco-on-everything and an aspiring-sophisticate olive-oil-on-everything phase, I turn now most often back to the all-purpose sauce of my southern Chinese people: ginger scallion sauce, the absolute soul of those two ingredients.

When I was in college, my mother used to send me care packages of the stuff, the oil winding its way through the threads of jar lids, making the cardboard boxes see-through. (This was before we had a Department of Homeland Security to get freaked out about such things.) But those boxes and all the greasy fingerprints they made me leave on the doors, walls and light switches were filled with the intense happiness of this promise: no food, not even a bowl of white rice, was too humble to be transformed into an utterly delicious meal with a spoonful of ginger scallion sauce. Hell, forget food. I dripped so much of it on the couch that Sunday afternoons I'd watch football, catch a whiff from the armrest, and get hungry. More than once, I looked at that armrest with improper and unsanitary thoughts. Believe me.

I admit this mash doesn't look like much, just some minced up something-or-other sitting in an oily pool. But its flavors are explosive, the ginger and the scallion locked up in there like Boom and Bang, the oil carrying them through the bite beginning to end. The It-Chef David Chang features a version of it in his Momofuku restaurants (he, too, says in his cookbook, "If you have ginger scallion sauce in the fridge, you will never go hungry"). And while he can obviously cook the hell out of me, I'm going to tell you that my version, below, is better.

To make it, you can just mix the ingredients together, like Chang does, and let their flavors come out over time. But the method I use is hotter than that -- you get the oil ripping and pour it on the aromatics; the brief but super-intense heat tames their sharp edges and releases their sweetness to the sauce.

Most traditionally, Chinese barbecue joints use this condiment to give intrigue to plain poached chicken. It's a beautiful combination, hitting you upfront with all kinds of wicked flavor then letting the chicken's subtler charms shine through as you chew. But it also works as a dip or slathered onto anything that can use a fresh, salty, oniony, bracing kick. Like, as I said, rice or boiled noodles or bread or sautéed shrimp or scrambled eggs. Mmmm ... scrambled eggs. I don't really recommend upholstery, but you know, I wouldn't judge.