Welcome back to the Salon Reading Club

Join us for our second discussion of Justin Cronin's post-apocalyptic epic, "The Passage" 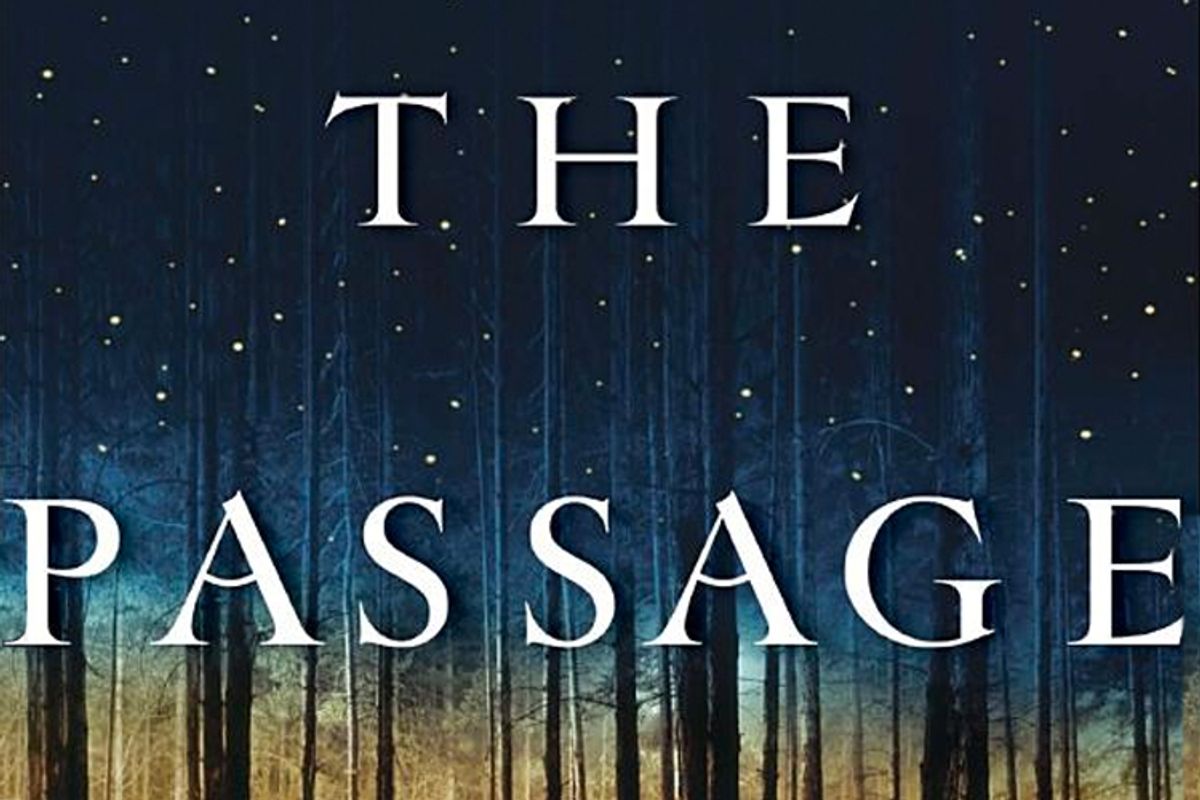 Welcome to the second session of Salon's new Reading Club, everyone! For those just joining us, we're discussing Justin Cronin's post-apocalyptic epic, "The Passage." Last week, we talked about the first two parts of the book (Pages 1 through 246). This week it's Parts 3 through 6 (Pages 247 to 493). (Follow the link here for more information on the Salon Reading Club.)

As before, I'm going to start the discussion with a few questions and observations, but please feel free to take the conversation wherever you like in the comments thread. Just remember to restrain yourselves from discussing anything that happens after Page 494 so you don't spoil the story for everybody else. And it should go without saying that if you haven't gotten to Page 494 yet and don't want to be spoiled, then don't read any further. Finally, if you have questions for Justin Cronin himself, don't forget to post them, since we'll be interviewing him at the end of the month.

The novel has taken a mighty leap into the future, and we spend the whole middle section witnessing what's become of the world after the debacle of Project Noah. Much as I like road stories, this may be my favorite section of the book because I love stories about how people form and sustain communities. I also like fiction that mixes in the occasional faux "document," and I studied the Colony's set of rules to puzzle out what sort of situation led to the establishment of each one.

It was fascinating to see this tiny, almost survivalist settlement coming to the end of its viability. A lot of post-apocalyptic fiction idealizes small communities, which picks up on the common American fantasy of small town life as inherently more virtuous and wholesome than urban life. But the Colony has the problems of any human society, and to top it all off, it's not even truly sustainable. They need the outside world, and in time the central conflict comes down to the divide between those who understand this and those who don't.

I appreciate all the complex adult relationships in this middle section. Even when besieged by zombie vampires, people are still marrying the wrong person and competing for their parents' love and setting their hearts on the wrong career. The one thing about the Colony that I couldn't buy, however, was the Sanctuary. I don't think it would have been possible for the adults in such a small settlement to keep the virals a secret from their children for so many years. Maybe you can keep the truth about Santa Claus under wraps, but not a reality like being surrounded by vampires.

We also get a bit of the inside of Amy's head in this section. It's an eerie and lonely place, but it offers some clues about the nature of the virus, which seems to turn those infected with each strain into drones, with the original experimental subject from Project Noah as the hive leader of each strain. But, ultimately, I found myself caring a lot less about the background apparatus than I did about how the challenges of the world would affect our central group of characters.