The first war on terror 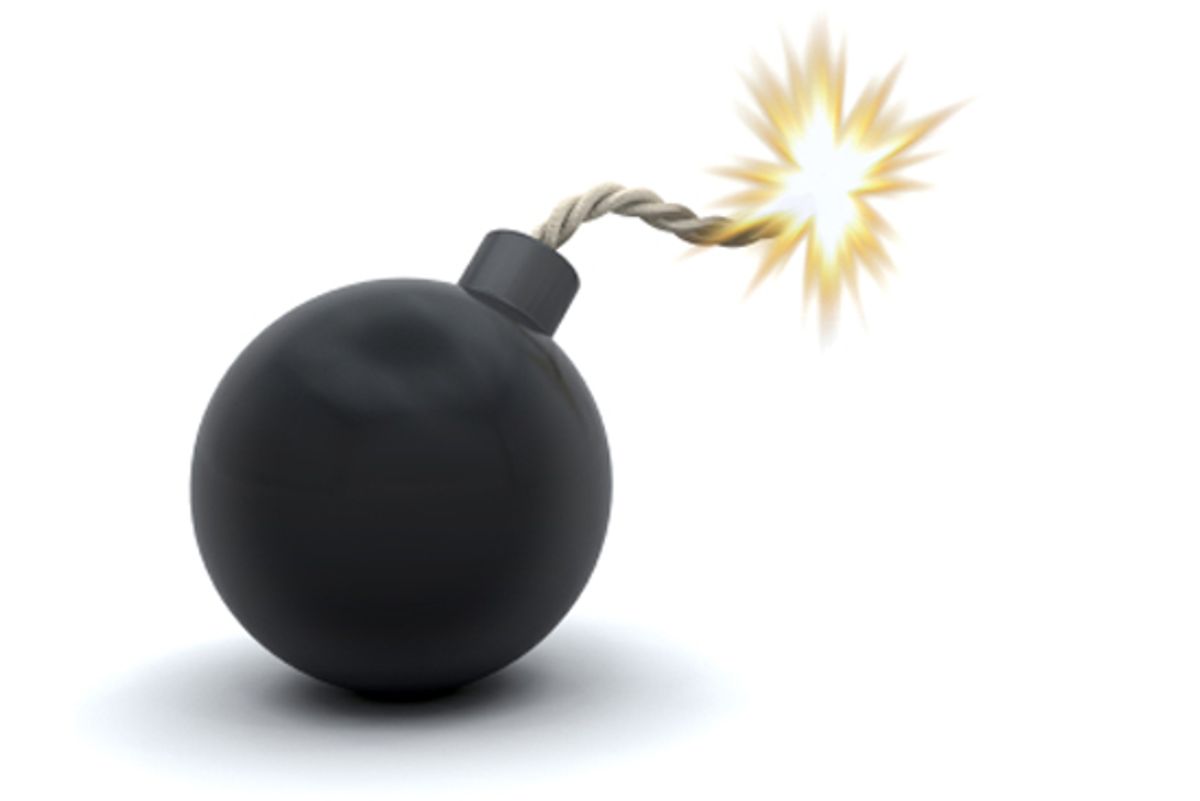 "We shook off the empire as though it had been a nightmare," wrote the French radical journalist Juliette Adam, describing the handful of weeks in 1871 when the city of Paris ran itself at the end of the Franco-Prussian War. The Paris Commune -- an idealistic interlude marked by the official separation of church and state, plans for universal education and workers' and women's rights -- haunted the late-19th-century lives that British historian Alex Butterworth recounts in "The World That Never Was: A True Story of Dreamers, Schemers, Anarchists and Secret Agents." For some of these people -- idealistic anarchist radicals like the Russian Prince Peter Kropotkin -- the Commune represented a brief moment of possibility and promise. For others -- like Peter Rachkovsky, who ran Tsarist Russia's foreign intelligence service in Paris -- it was a nightmare whose return must be headed off at any cost.

In the decades that followed the rout of the Commune, anarchists became demonic caricatures in the mainstream imagination. A typical specimen was pictured as a young man with bristling black beard and rumpled overcoat, possessed by obscure hatreds, flinging a lighted bomb or firing a pistol into a carriage or railway car. That image wasn't entirely inaccurate -- anarchists and their affiliates perpetrated a string of assassinations during the late 1800s, bumping off, in the most famous instances, Tsar Alexander II, President William McKinley and the queen of Hungary. But, as Butterworth painstakingly demonstrates, these terrorist acts (conceived of as "propaganda of the deed") were committed by a subset of the anarchist movement; the ideology's leading figures were ambivalent about such tactics and often opposed to them.

Granted, what the anarchists wanted was hopelessly idealistic: "to usher in a society of perfect beings; a heaven on earth in which harmonious coexistence was achieved without coercion or the impositions of distant authority, but rather arose out of each individual's enlightened recognition of their mutual respect and dependency," as Butterworth puts it. Rage over the rank exploitation and injustice they saw everywhere around them (as well as "frustration at the absence of any popular appetite for creative destruction") drove the most rash and egotistical among them to vent their fury in counterproductive violence, a sort of occupational hazard for many insurrectionary movements. Volatile members were also egged on by agents provocateurs, undercover police and intelligence operatives who incited illegal actions to provide the authorities with an excuse to crack down on the would-be revolutionaries.

"The World That Never Was" is largely an account of these subterranean intrigues, with Rachkovsky playing the role of puppetmaster, expertly manipulating the radicals, local authorities, his own bosses and the public. The anarchists' rare moments of triumph -- for the most part achieved by hitching themselves to a popular protest over food shortages or working conditions -- were perpetually thwarted by military force and the larger public's (unfathomable!) lack of interest in "creative destruction" and other highly speculative and intellectualized political ideas. They were plagued, too, by that bane of all left-wing movements, bitter infighting. Hadn't the anarchists themselves split off from their fellow socialists in the First International because they objected to the authoritarian beliefs and behavior of Karl Marx? And weren't they ultimately double-crossed by Lenin and his Bolsheviks after the revolution finally came in 1917?

Butterworth admires some of the anarchists, leaders like Kropotkin and the Communard Louise Michel (aka "the Red Virgin), who exhibited an abiding selflessness, commitment and courage, as well as rank-and-file activists who often abandoned lives of privilege to help and educate the poor, only to end up in prison or worse. About others, like the French marquis Henri Rochefort (who moved to the right later in life), he is far less sanguine, mercilessly detailing such character flaws as Rochefort's "notorious cowardice" and lifelong resort to demagoguery and anti-Semitism. Even canonized figures can come in for a roasting, as when Butterworth describes the aging Mikhail Bakunin as a "corrupt husk" squandering an acolyte's donations on "hiring picaresque milkmaids and excavating an artificial lake" for a villa overlooking Lake Locarno.

In other words, Butterworth isn't an idealist himself, and he has a taste for gossipy details, such as the revelation that Michel had webbed toes and joked that they might come in handy when she and Rochefort were exiled to the French penal colony of New Caledonia in the South Pacific. Rochefort, incidentally, made a daring escape from New Caledonia, one of the dozens of exciting incidents that recommend "The World That Never Was" to historical novelists as a gold mine of potential material. As the author of a political history, Butterworth strikes a rare balance; he doesn't flinch from moral judgment, but he's not about to succumb to the propagandizing instinct himself by glossing over the radicals' many flaws and impracticalities.

He has also mastered a staggering amount of material (although the Special Branch of London's Metropolitan Police Department receives a scolding for not releasing even more of it). This is a mixed blessing: There's stuff in "The World That Never Was" that you're never going to find on Wikipedia or even via Google, but the book bulges with it. Too often, Butterworth tries to wedge so much information into his sentences, compelling them to accommodate one dependent clause after another like a French farmer force-feeding a goose, that almost as much violence is done to English grammar as was inflicted upon assorted Austro-Hungarian grand dukes.

Still, "The World That Never Was" has much of value to impart, from the understanding that today's radicals may be tomorrow's sensible visionaries to the unanticipated perils of both terrorism and counterterrorism. Butterworth points out that while the anarchists' dream of the abolition of private property was unrealistic, many of their most cherished social programs -- from the emancipation of women to social security to state-supported education -- seem indispensable today. He also traces the birth of modern conspiracy theory in the diabolical machinations of Rachkovsky, the likely author (or, rather, forger/plagiarizer) of "The Protocols of the Elders of Zion," which was invented to smear the left and has since been put to even more baleful uses.

"In the 19th century," Butterworth writes, "Britain's elected politicians would never have dared venture anything resembling the kind of legislation that recent years have seen passed with barely a blink of the public eye, to threaten civil liberties that have for generations been taken for granted." To allow this to happen is to risk unforeseen consequences, the like of which we can only surmise if we have a much better understanding of the past.

Anarchism Books History Our Picks What To Read