The Showtime series premieres with strippers, scandal and "the straightest gay person you're ever gonna meet" 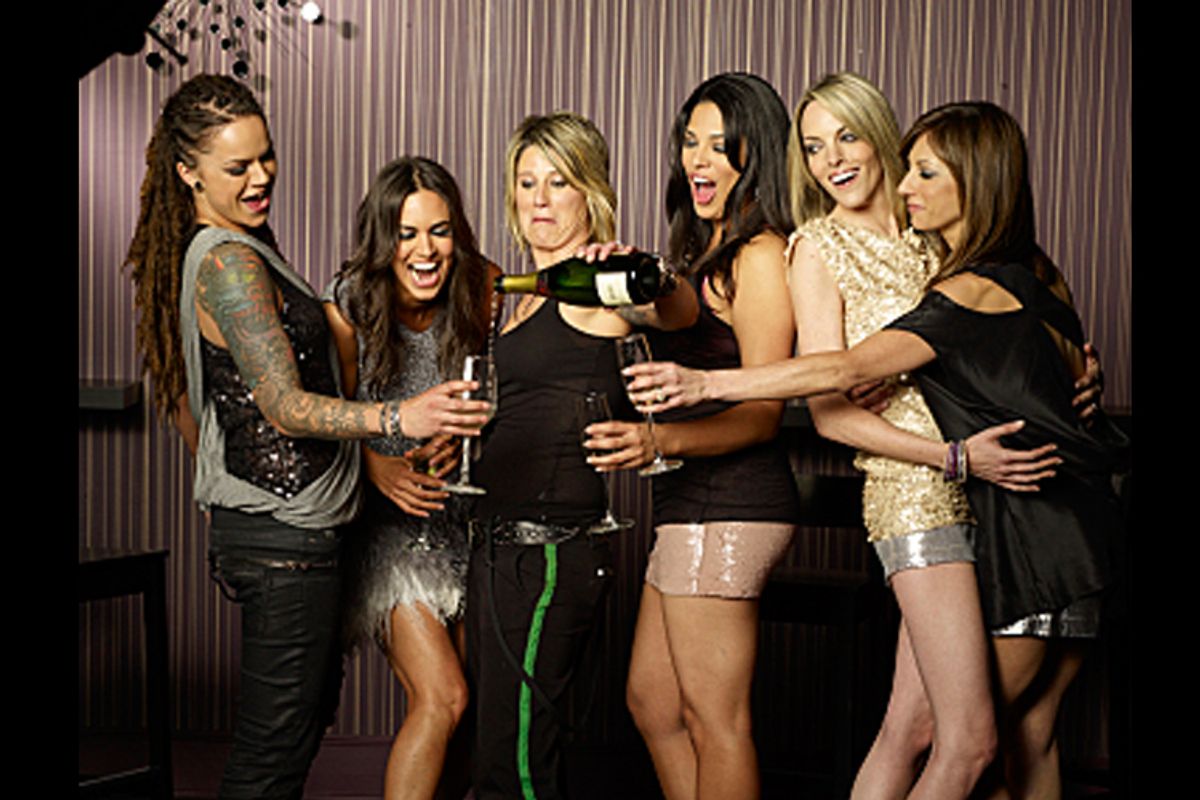 Last night's premiere episode introduced us to Tracy, the requisite eye candy, whom the camera shows performing everyday acts wearing nothing but her underwear. Then there is Rose, who howls at strippers. Mikey demands her girlfriend cook her dinner while she watches. Whitney, the resident player, provides the most scintillating drama of the premiere episode when she drops off a woman she just slept with at the airport … only to pick up another one at baggage claim. It is male wish fulfillment in lesbian form.

"The Real L Word" is in many ways aggressively heteronormative -- so much so that you might find a more interesting queer subtext in "Top Gun." Take the engaged couple, Nikki and Jill. Nikki is a baller and wants to bankroll an expensive wedding. She used to be engaged to a man, and claims, "I'm really the straightest gay person you’re ever gonna meet." As Nikki rubs her new fiancée's feet, she says, "I think our lifestyle is very normal." She then grabs one toe and says, "This little piggy went to Gucci, this little piggy went to Prada." The message: Lesbians wear Dolce and Gabbana, not Birkenstocks, and get pedicures too!

So how real is "The Real L Word"? It is, undoubtedly, about a certain slice of the lesbian sisterhood. According to Rose, they represent "the top 1 percent in the lesbian scene." It's a membership defined as much by beauty and wealth as the rest of America. Maybe lesbians aren't so different from straight people after all.