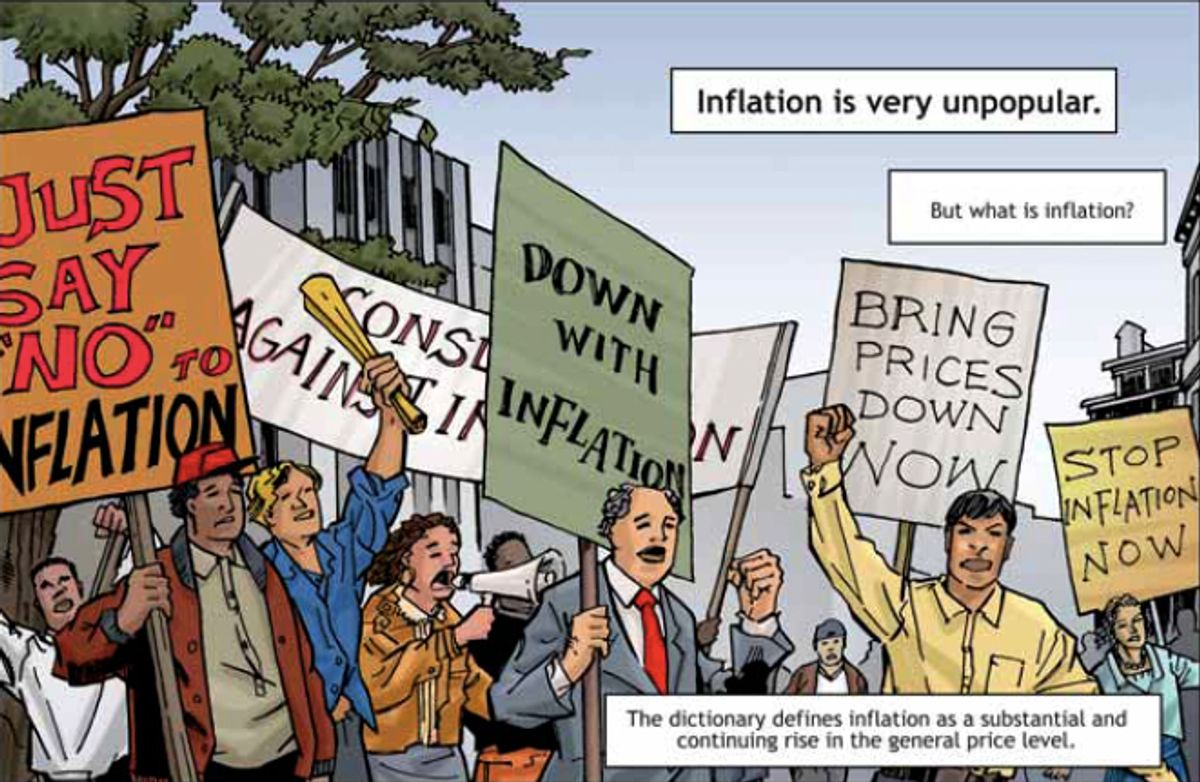 It is not entirely clear to me why Zero Hedge and BusinessInsider are making a big deal today over the Federal Reserve Bank of New York's comic book explanation of inflation.

BusinessInsider calls it "amazing" (and the implication is: not in a good way) while ZeroHedge labels it "propaganda" revealing "just how they [the Fed] perceive the general population: as bunch of retarded morons, easily distracted, and fascinated by pictures, colors and gimmicks."

But the comic book is neither new nor particularly egregious. The Fed commissioned 12 comic books explaining various aspects of economic affairs back in 2006; according to Amazon, "The Story of Inflation" was published in 2007. So expecting this particular comic to take into account the drastic change in the economic grand narrative that we've all come to know and love and argue about over the last two years is, well, just dumb. Moronic, even.

There's a fine dispute t to be had about whether the Fed, even now, with interest rates as close to zero as they can get, is still far too worried about inflation, when the real problems facing the economy are high unemployment and potential deflation. It is all too revealing of Fed priorities that of the 12 comic books in its catalog, none deal specifically with the damage that unemployment can wreak on an economy. But if you are looking for a starting point to learn more about the concept of inflation, or to get a handle on what tools the Federal Reserve uses to manage the economy in its efforts to keep inflation low, you could do far worse than rifling through the pages of "The Story of Inflation."

Of course it is simplistic! These comic books are designed for middle schoolers, not investment bankers! To take them as reference points for how central bankers perceive the rest of the world is ridiculous, and provides us with yet another data point illustrating how degraded our discourse about economic affairs has become.