Day 2: Energy markets are broken, David Roberts says, so there should be common ground for the left and right 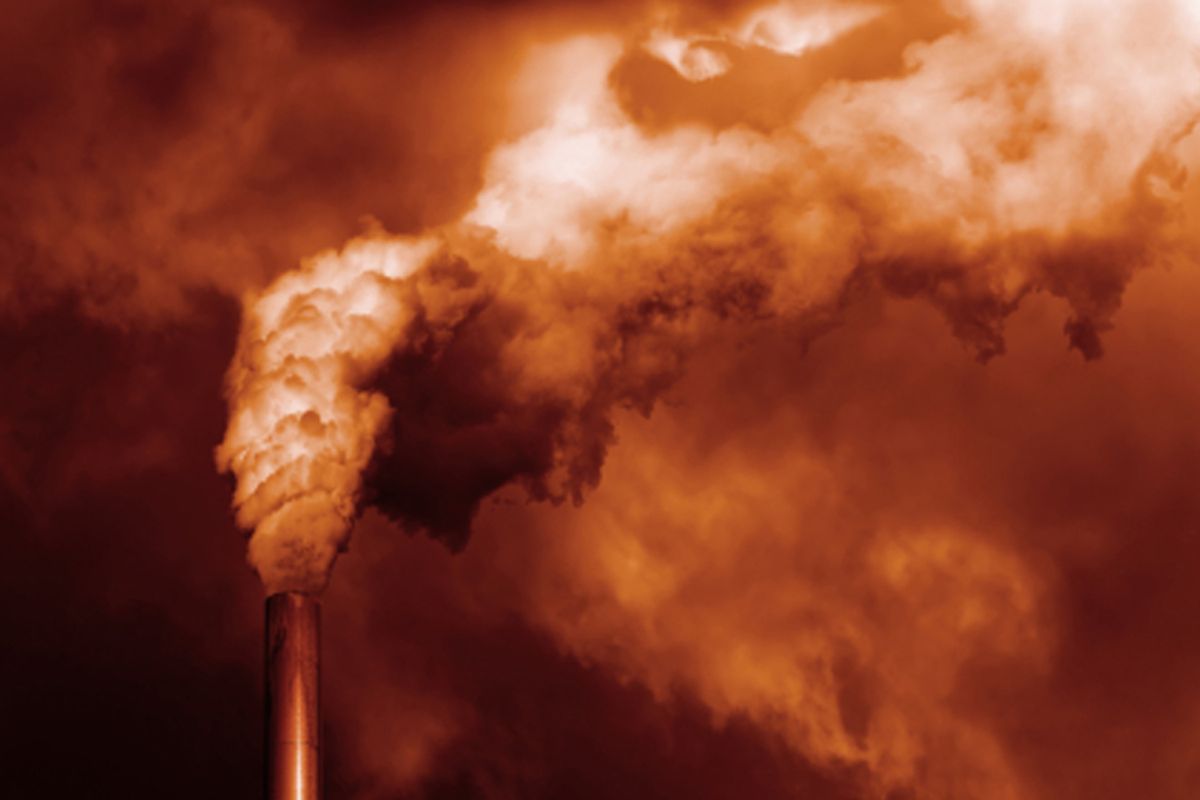 Today is the second of Salon's three-day dialogue between two very different voices on the subject of climate change legislation. Steve Everley is manager of policy research at American Solutions and a contributing author to "To Save America: Stopping Obama’s Secular-Socialist Machine," by Newt Gingrich, and David Roberts writes about energy politics for Grist.

You can read Monday's exchange here. For Day 2, Roberts led off this morning and Everley's reply is now up and can be found below Roberts' post.

Steve Everley: Before plowing ahead, I would like to make a couple of points about Mr. Roberts’ first comments.

First, Roberts is astonished that I did not make any mention of global warming or climate change in my opening post. I am astonished by his astonishment. Why would I bother to discuss global warming when all the leading proponents of imposing cap and trade have given up trying to convince people of the benefits of an energy tax based on the idea of trying to control the Earth’s temperature 100 years from now?

Senator John Kerry, after all, said of his cap and trade bill, “It is not a climate bill.” President Obama did not once utter the words “global warming” or “climate change” in his recent Oval Office address calling for a new energy tax (but he did endorse taxing our way to prosperity.) He clearly shares Roberts’ bedrock faith in the federal government’s ability to conjure up a Goldilocks tax system – one that will impose high enough taxes to change behavior but not too restrictive to kill jobs – and then know how to reallocate the revenue to the best new energy technologies. It’s an endorsement of the federal government becoming the largest venture capital firm in the world.

It seems that Roberts didn’t get the liberal strategy memo published last year that advised against focusing on global warming because voters don’t see it as an immediate threat. They are right. The public ranks concerns about global warming dead last in importance. Given that the argument to impose energy taxes because of global warming has already been lost and conceded by the Left, I thought I would concentrate my time on the remaining economic arguments.

Second, I made the point that President Obama has ominously cited Spain as the model of his investment plan in new green technologies, paid for with cap and trade revenues. In response to my citing a Spanish study by Professor Calzada pointing out that every green job created by Spain cost $800,000 and resulted in the loss of 2.2 other jobs, Roberts writes that this Spanish study had been “debunked up one side and down the other” and that “no one but conservative ideologues takes it seriously any more”.

I readily concede that this Spanish study has been debunked. An internal memo of the Spanish government leaked to the media last month makes clear that the job loss in Spain due to its green jobs program is actually worse than what Calzada found. It seems that even Spanish socialists take the Calzada report seriously now, even if their American counterparts are unwilling to do so.

The headline from the newspaper La Gaceta says it all: “Spain Admits that the Green Economy as Sold to Obama is a Disaster.”

That disaster is a Spanish jobless rate of 20%, meaning the Spanish government wasted an enormous amount of money in pursuit of the green jobs mythology, killing twice as many jobs as it created in the process. Spain is now flirting with bankruptcy, which apparently has the power to concentrate even the socialist mind.

In today’s post, Roberts’ argues that “there are some on the green left who trust only prescriptive, command and control regulation” who are “suspicious of markets.” By his reading these individuals have “virtually no power any more”. He then says that almost all the mainstream environmental groups and politicians support a market-based energy policy.

It is a strange understanding of the words “market based.” Cap and trade is not market-based, even though it is being branded as such. To most people, market-based means freeing the private sector from the constraints of government interference. This doesn’t mean anarchy, but market solutions generally lean toward more freedom for private economic actors as opposed to more regulation by the government.

Cap and trade is clearly the latter. It’s a government program that allows members of Congress to literally pick winners and losers in the economy by issuing carbon permits to favored industries. Once it’s implemented, it must be policed, regulated, monitored, and adjusted constantly, all by Congress or other public officials.

If government control of the means of production is now what passes as a market-based system, what would it take to call something socialist?

I find Roberts’ assessment of the many nuances of the energy sector incredibly well-informed, and I share Roberts’ faith in American entrepreneurs and markets as the “engines of innovation.” But Roberts appears to suggest the resilience of the American innovator means imposing higher taxes on them won’t have much impact. While I doubt our engineers and inventors would ever fully “go Galt” under cap and trade, it makes little sense to experiment with how many taxes we can levy on American businesses before their backs break.

David Roberts: Energy politics in America is in a state of high irony. One party is furiously defending market distortions that favor its highest paying constituencies; the other is pushing pro-market, fiscally conservative policies. Meanwhile, the former is accusing the latter of socialism.

In theory, there should be a large space for bipartisanship on climate and energy issues in the U.S., for a simple reason: energy markets are broken. Fixing them would improve both economic and environmental outcomes.

So why can't the left and right agree on this? There is in some sense blame to be laid on both sides. There are some on the green left who trust only prescriptive, command-and-control regulation. They are suspicious of markets and hostile to corporations on principle. But here's the thing: that cohort has virtually no power any more. Almost all the big, mainstream environmental groups and Democratic politicians support market-based energy policy. In fact, they support market-based policies originally conceived in consultation with conservatives in the Bush I administration.

In sharp contrast, all Republicans, from powerful politicians down to foot soldiers like Mr. Everley, are united by a single theology: taxes, indeed revenue-generating mechanisms of any kind, are always and everywhere to be fought. Don't mistake this for libertarianism -- there's no corresponding aversion to subsidies or regulatory favors. And don't mistake it for fiscal conservatism -- there is no similar aversion to spending. Indeed, if one reads Mr. Gingrich's ideas on "green conservatism" you'll find little else but spending; he advocates a whole skein of unpaid-for tax breaks, loopholes, and credits. The tax code, as Sima Gandhi recently documented, is where politicians like to hide spending to pretend it's not spending. It's exactly the kind of dysfunctional government policy that results when taxes have been rendered radioactive.

Insofar as there are sincere pro-market conservatives in positions of power, I won't claim they will or should support everything I consider good policy, but there's a good 75% of it to which I can't see any libertarian objection.

Think of good climate/energy policy as a three-legged stool. The first leg is an economy-wide price on carbon, which serves a dual function. First, it internalizes an externalized cost, i.e., it removes an enormous implicit subsidy to fossil fuels. It forces energy markets to represent the cost of their products more accurately. By definition, a market in which more information is embedded in prices leads to more rational allocation of capital than the alternative. Secondly, a price on carbon funds the consumer protections and energy investments needed in the coming century. This point is worth emphasizing: a price on carbon is how you pay for the rest of it. It's responsible fiscal policy, plain and simple. (The CBO found that the Kerry-Boxer climate bill would reduce the deficit; funny how the Senate's purported fiscal hawks didn't line up to support it.)

The second leg is regulatory. In part this means new regulations designed to address the signature failures of energy markets. Energy efficiency, for example, abounds with market failures; strong efficiency standards could save consumers more than enough money to offset higher energy prices. But regulatory reform also means untangling and rationalizing existing regulations. One familiar example is the network of land-use regulations that mandate sprawl through excess parking, separation of retail and residential, height limits, and the rest. Those regulations force people to drive more, increasing their transportation costs and greenhouse gas emissions. Another example is the Clean Air Act itself, which direly needs to be strengthened and reformed by switching to output-based standards. Another is utility regulations (oy). One could go on. Plenty of existing regulations have perverse economic and environmental effects.

The third leg is public investment. As a recent report from the American Energy Innovation Council showed, energy markets are unique: the investments are enormous, slow to turn over, and carry enormous risk. It's not an environment that encourages rapid innovation or substantial R&D. That's a market failure that can be compensated for by large-scale public investments in RD&D.

Most of this amounts to making better markets: markets that tell the truth about costs, markets whose failures are meliorated by smart public policy. My prediction: when energy and efficiency technologies compete on level playing field with fossil fuels, or even a less-tilted playing field, we'll be astonished by the results. American entrepreneurs and markets, forever engines of innovation, will rapidly render our fearful projections of high cost and slow speed obsolete. We'll get a healthier economy, healthier citizens, and a healthier world. That seems like an outcome liberals and conservatives could agree on.