The saucy 65-year-old takes it off again -- praise be! 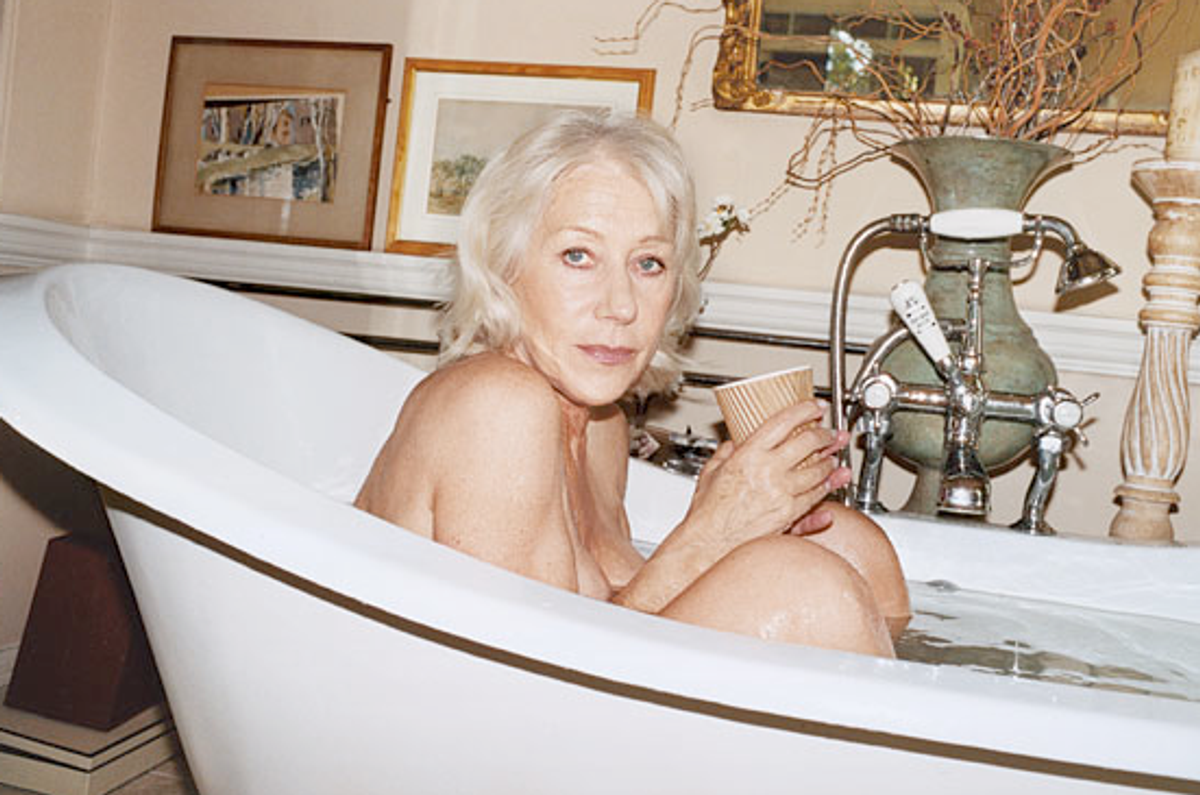 Helen Mirren may just be the nakedest actress ever to win an Academy Award (although, God bless her, Kate Winslet sure gives it a run for the money). One month shy of her 65th birthday, the Dame Commander of the Order of the British Empire shows no signs of putting her clothes on any time soon. Topping her 2008 red bikini escapade, the woman who has played the queen of England made a splash this week in New York Magazine's summer issue, clad only in milky bathwater. And yes, there are nipples.

In the accompanying interview, Mirren discusses her new film, "Love Ranch," wherein she plays a Nevada madam who has an affair with a man 30 years her junior, and explains, "I much prefer overt sexuality to sleazy, vulgar prurience." Overt sexuality – always one of Dame Mirren's strong suits.

Though one or two of the story's accompanying commenters insisted that "Nobody is interested in your tits anymore" and to "Leave that to Kelly Bensimon and other air heads," the bulk of the Web response seems to be in line with the enthusiastic "Go Helen!" It helps that Mirren is a dish and a half, but her reliable hotness doesn't mitigate the gutsiness of her continuing to go full monty. (Take it from me, taking it off for the camera is pretty humbling even well before retirement age.) While the image is provocative, it's certainly no slick, heavily retouched attempt at titillation.

You don't stop being a woman when you hit 35 – or even, as Mirren proves, 65. Everything that's spirited and challenging and sexual in you remains, albeit in varying degrees, even when the lines and creases show up. And what's exhibitionism in your 20s can be downright political in your golden years. Maybe that's why, although her breasts are certainly an attention getter, it's the defiant look in her eyes in that bathtub photo that really makes an impact. This is me, right here and now, she seems to say. You still want to look, don't you? You bet we do.