Rum's dark and stormy past

The liquor's history may be brutal and complicated, but this recipe is sweet and simple 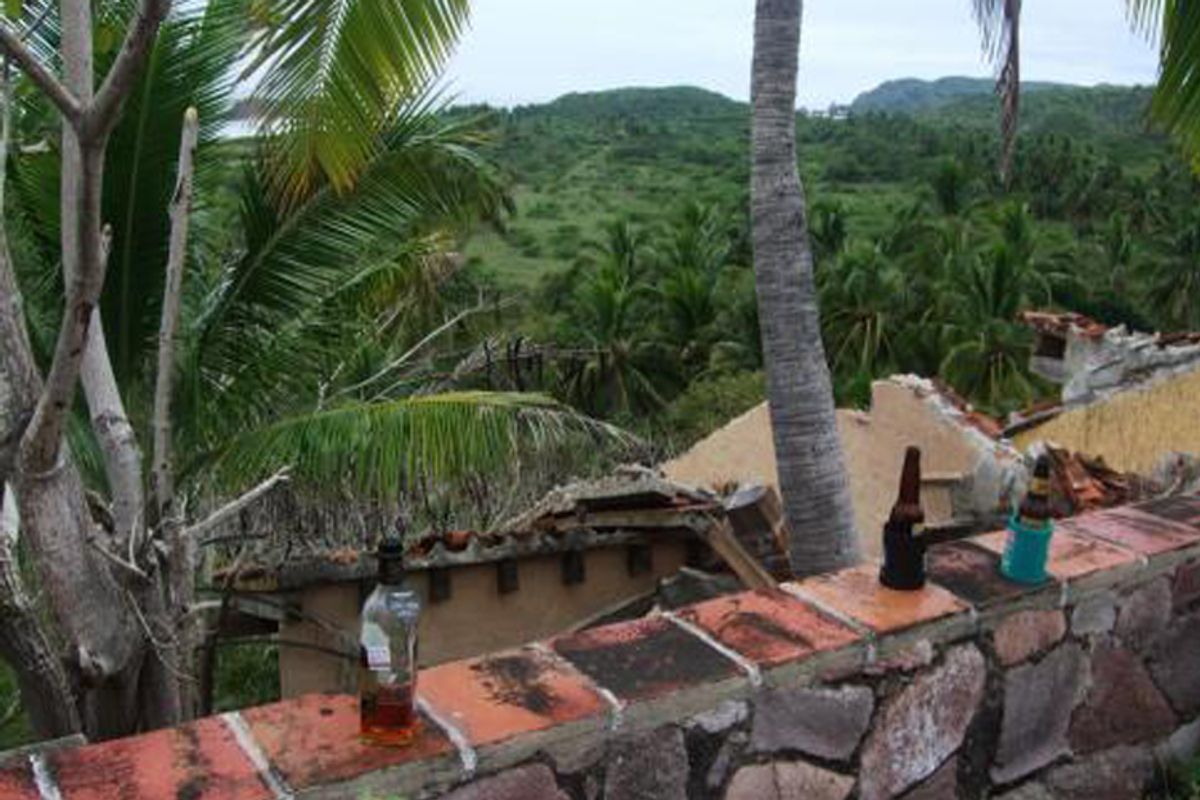 Rum is wicked with the taste of burnt sugar. The warmth of rum is not the fiery burn of whiskey but rather the decadent breath of the jungle. To drink rum is to indulge in indolence made possible by back-breaking labor. A good rum drink evokes not only the whisper of palms, but the creak of great sailing ships, and the slash of machetes in the cane. Do I drink rum to celebrate its legacy of brutality? No. But I'm a history nerd, and if I have the time to sit around and drink a rum cocktail, the activity is made more enjoyable by contemplating the layers of nuance shadowing a beverage that more often awakens images of simple sloth and excess: deck chairs, azure waters, paper umbrellas, spring break in Cabo.

Although America is now known for bourbon, in the 17th century, rum distillation was the biggest manufacturing industry in the colonies and rum an important export. Ships heavy with rum sailed from the eastern seaboard to the Gold Coast of Africa, where colonists traded rum for captives and gold; on the return trip they disembarked in Barbados, where they traded slaves for molasses (produced by slaves) which was then transported to the colonies to feed back into the booming rum industry.

But colonists weren't exporting nearly as much as they were drinking. As Ian Williams writes in his book "Rum: A Social and Sociable History", the American colonies (population 1.7 million) exported 1 million gallons of rum in 1770 and consumed 7.5 million gallons. Rum remained the most popular liquor in the United States throughout the 18th century. According to the Distilled Spirits Council of the United States -- (now that's a council I'd like to be on) -- the 1808 law banning the importation of African slaves broke the trade triangle that had long made rum so profitable. Bourbon rose to prominence in the vacuum.

Due to the unfortunately large segment of people who want to drink without tasting alcohol, vodka is now more popular than either whiskey or rum. I understand it: vodka mixes well and is low in calories.

However, rum and vodka are about equal when it comes to calories. (Liquors of the same proof tend to have an equal quantity of calories.) And if you discount the martini, rum is even more versatile than vodka. It adds a lush, complex sweetness to any drink: spiced rum mellows the most acrid coffee, rum and fresh-squeezed orange juice tastes like caramelized sunshine, and rum and ginger ale is just as excellent as its name: "dark and stormy".

Speaking of dark and stormy, the political history of rum didn't end with slavery. As Tom Gjelton writes in his book "Bacardi and the Long Fight for Cuba: The Biography of a Cause," Cuba's Bacardi family meddled in 19th century politics (lobbying for armed insurrection against the Spanish and thus helping create the inspiration for the popular cocktail, the Cuba libre), early 20th century politics (rallying against 'puppets of American imperialism' such as Batista), mid 20th century politics (funding the young rebel, Fidel Castro, turning against Castro when he nationalized the Cuban rum industry, participating in the Bay of Pigs invasion) and late 20th century politics (abandoning liberal roots and funneling money to Tom Delay).

Like its history, the best rum is dark and complex. And as I have discovered through careful research, you can put rum in almost anything. Favorites include: rum and Thai iced tea, rum and black coffee, and the mojito. I also think it's worth drinking a Cuba libre every now and then, just in the interest of historical appreciation, though I would never waste good quality rum by mixing it with Coke. Which brings me to my final point: although fruity cocktails can be delicious (particularly when fresh juice is used), the best rum is worthy of being showcased, not obscured. A fine rum and soda (with a dash of fresh orange juice for body) is an ideal accessory for a summer afternoon.

When I make this drink for myself, I include three parts soda water because I like weak drinks, which allow me to enjoy drinking longer while keeping undesirable drunkenness at bay. But if you enjoy a strong drink and/or are new to rum, the following recipe allows for more flavor.

The result? Simple and sweet, unlike rum's history.