Planter's Punch at the Jamaica Inn

I'd only ever known the Jamaica tourists never see, until by chance I got the Marilyn Monroe treatment 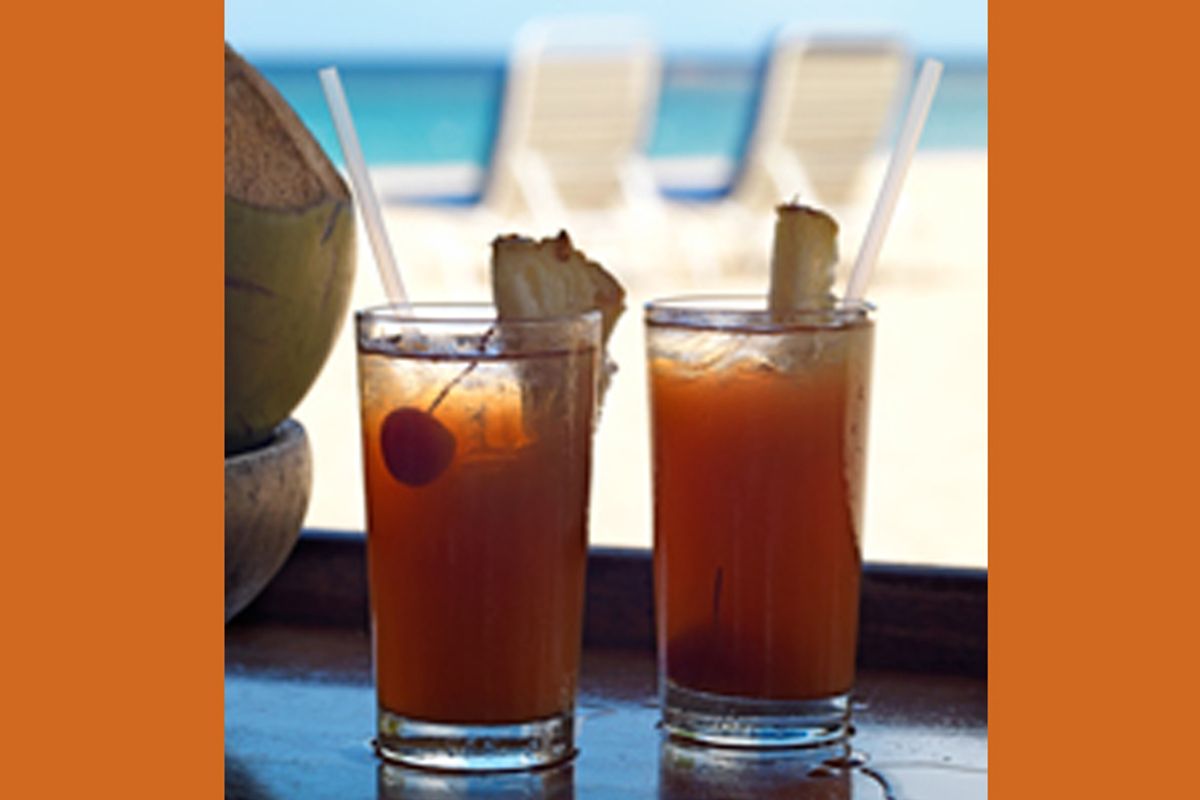 This entry for the Salon Kitchen Challenge -- in which we asked readers to share their favorite rum recipes -- comes to us courtesy of Linda Shiue. We haven't had a chance to try these recipes out yet but we'd love to hear about it if you do!

You probably wouldn't imagine that I could have something in common with Marilyn Monroe, but I do: It's an icy glass of Planter's Punch.

Like Marilyn, who was there with then-husband Arthur Miller, I was welcomed to the Jamaica Inn with warm hospitality and Planter's Punch. This was a far cry from my first trip to Jamaica a year earlier, when I had a chance to work in the "real Jamaica." This time, I experienced the glamorous Jamaica of fantasies and of Hollywood.

I felt almost hermetically sealed in the air-conditioned vehicle as I was transported on bumpy dirt roads, past shanties loosely assembled of galvanized steel and plywood, untamed jungle, sugarcane plantations, and real life. The driver made polite conversation in his lilting Jamaican patois. Time whizzed by and before I knew it, I had arrived in Ocho Rios. "Welcome to Jamaica Inn."

The Jamaica Inn, open since 1950, presents a side of Jamaica that existed only for the elite. Besides Marilyn and Arthur, other famous guests from the arts world included Ian Fleming, Noel Coward and Katharine Hepburn. It's not hard to imagine why; the inn is an oasis and a throwback to the times when the British presided in their linen suits. It's beautiful, lushly landscaped, understated and tranquil. White plantation-style architecture contrasts with the brilliant turquoise backdrop of the Caribbean. This view beckons, along with the gentle whir of ceiling fans barely turning a breeze in the languid tropical air. The rooms are spacious and comfortable and have attached verandahs from which to enjoy the view. The verandahs are luxuriously furnished, complete with white wicker furniture. When you arrive, you'll see a tray on your verandah table bearing a quite civilized spread to welcome you: some biscuits, a few slices of tea cake, and a glass of Planter's Punch, garnished with a succulent wedge of pineapple. The potent rum in the punch should be dehydrating, but somehow in the beauty of your surroundings, it quenches.

I am no Marilyn Monroe, so how did I get there? Apropos of the British colonial atmosphere that is carefully preserved and presented at the inn, my trip was sponsored by the British. Specifically, by a British research organization that funded the project I was working on. There could have been no greater contrast to where I had spent the previous three months. I was working in rural, landlocked Southwestern China, in Sichuan province, famous for pandas and for a recent devastating earthquake. Unlike the luxury of the Jamaica Inn, my Chinese living quarters had no plumbing (no toilets!). In retrospect this was a grueling experience.

But at the time, and at the tender age of 21, I really didn't mind the hardship, and considered it an adventure. My boss, who himself spent only a week on site in China, recognized how trying my existence was. He must have been afraid I wouldn't last the six months he needed me to be there. For this reason, and with an immeasurable amount of generosity, he allowed me to go in his place to represent our project at that meeting, which took place over a week at the Jamaica Inn.

Like the sponsors of my glorious week at the inn, the history of rum also has British connections. While rum precursors have been traced back to Ancient India or China, the distillation of rum began on Caribbean sugar cane plantations in the 17th century. Slaves owned by the British colonists overseeing sugar cane plantations developed rum by distilling and fermenting molasses. Rum quickly became a popular beverage throughout the Caribbean and beyond. Most of the world knows rum as an alcoholic beverage. In the Caribbean, it is indeed used in beverages, including rum punch, of which Planter's Punch is one example. It is also used widely in cooking. Caribbean cooks use rum to macerate dried fruits for the traditional dense fruitcake known as a black cake, and to flavor other cakes and desserts. It also is used as the liquor of choice to marinate meats in many different dishes.

To distill and re-create the good and genteel parts of British Colonial history in the Caribbean, I offer this treat to enjoy on a lazy tropical afternoon: Planter's Punch and a Rum Raisin Tea Cake.

The first known print reference to Planter's Punch was in the Aug. 8, 1908, edition of the New York Times, and it went like so:

This recipe I give to thee,

Dear brother in the heat.

Take two of sour (lime let it be)

To one and a half of sweet,

And add four parts of weak.

Then mix and drink. I do no wrong —

I know whereof I speak.

Also add a dash of Trinidad's Angostura bitters and a dusting of nutmeg.

Garnish with a pineapple wedge and a maraschino cherry, if you want to dress it up.

Once you've settled in, enjoy this light version of the Caribbean-style fruitcake with a proper pot of English tea. Recipe adapted from the Naparima Girls' High School Diamond Jubilee Cookbook, San Fernando, Trinidad, 1988.