Unlike Eric Cantor, they resist trying to blame President Obama 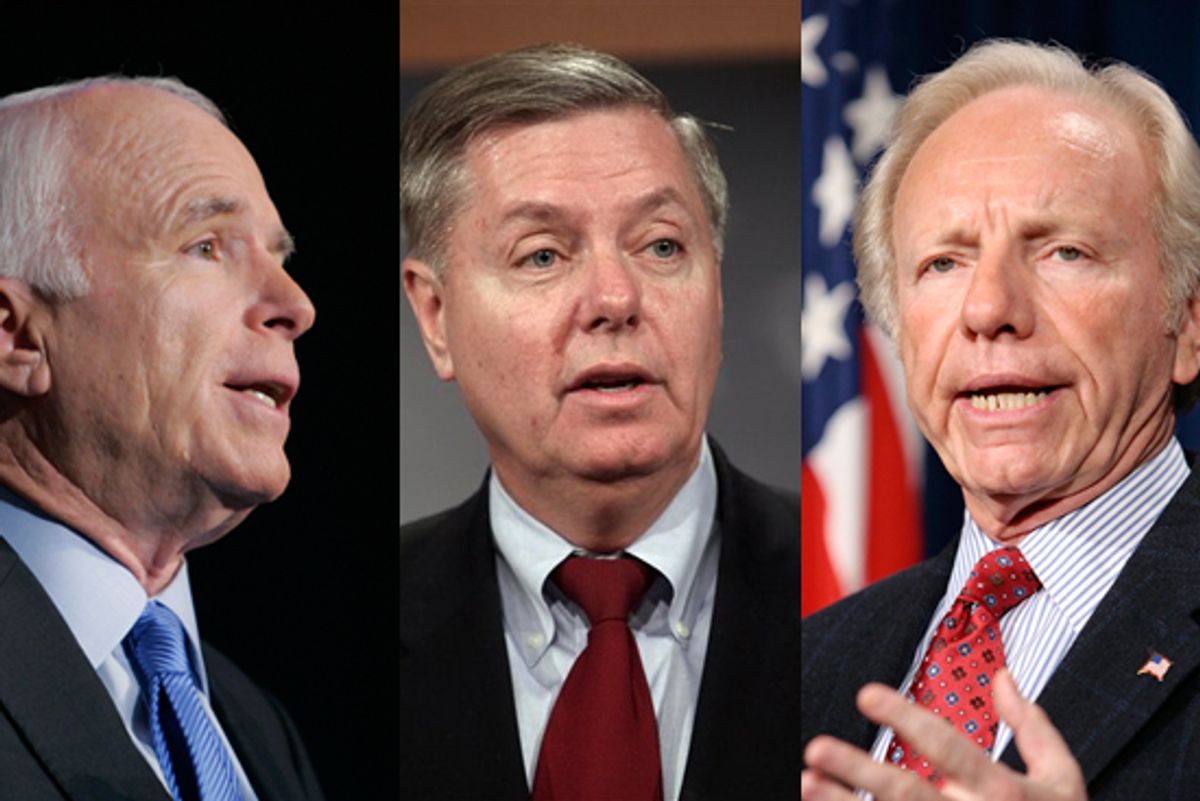 A joint statement from John McCain, Lindsey Graham and Joe Lieberman on Gen. Stanley McChrystal's Rolling Stone comments differs quite a bit from the one issued by House Republican Whip Eric Cantor:

“We have the highest respect for General McChrystal and honor his brave service and sacrifice to our nation. General McChrystal’s comments, as reported in Rolling Stone, are inappropriate and inconsistent with the traditional relationship between Commander-in-Chief and the military. The decision concerning General McChrystal’s future is a decision to be made by the President of the United States.”