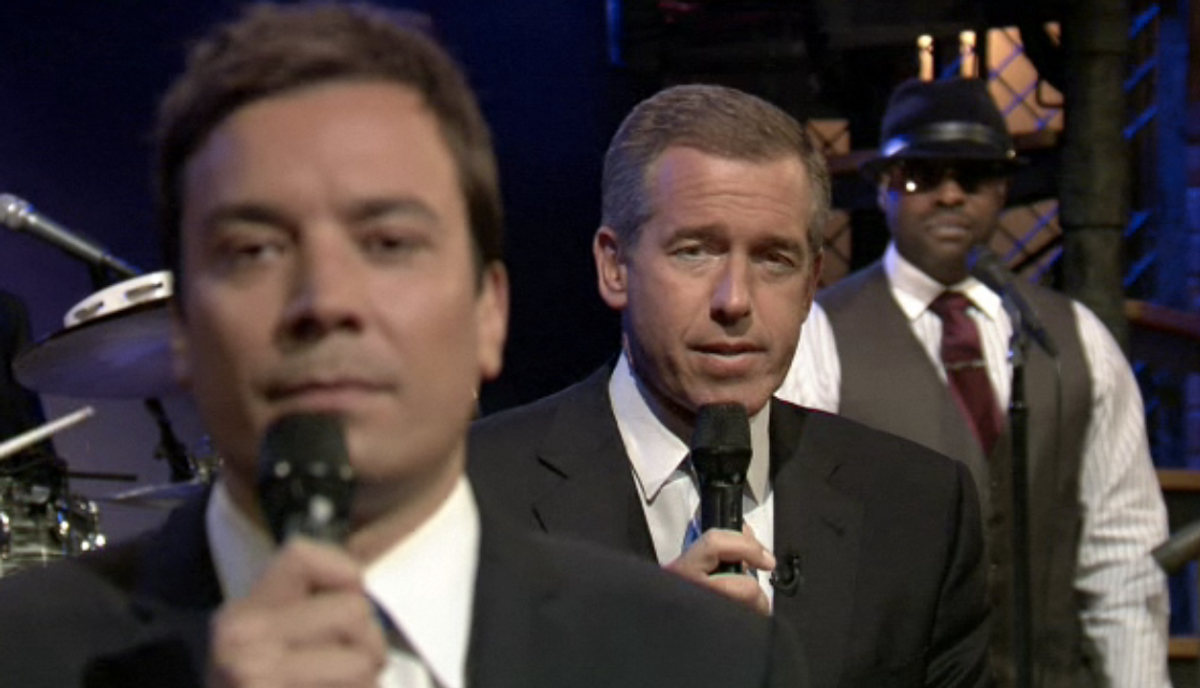 If Jon Stewart is rapidly becoming America's greatest newsman, perhaps it stands to reason that Brian Williams should find himself in an increasingly widening role as a comic. Following recent deadpan turns on "30 Rock," "Late Night" and "The Daily Show," the "NBC Nightly News" anchor found himself earlier this week holding his own between two of Zach Galifianakis's ferns at the Nantucket Film Festival.  But the capper to his comedy career thus far may have come Wednesday evening, when he returned to "Late Night" to slow jam the Gulf oil spill with Jimmy Fallon. All we can say is, suck it, Couric -- no other journalist brings the seriously hot, vaguely bi-curious baby-making energy strategy talk like Williams.