The Mississippi teen never got her dance, but she's the toast of the gay world this month 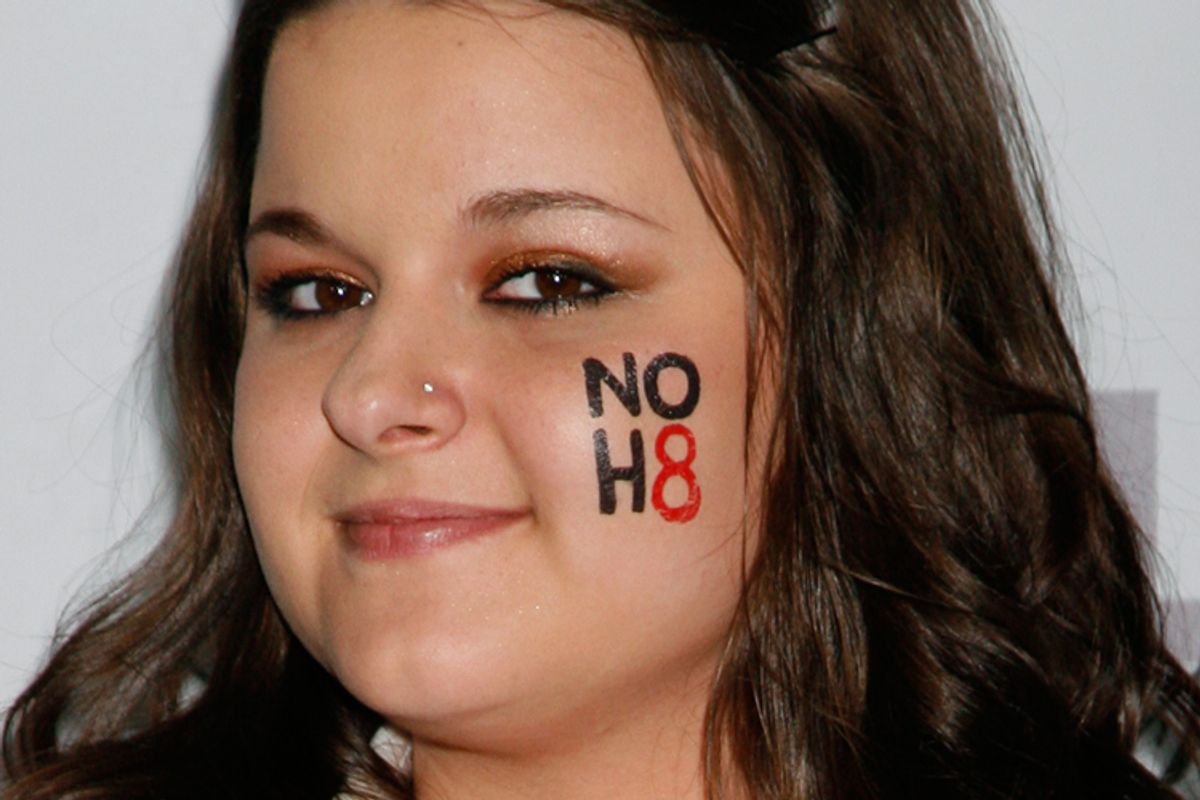 High school is rarely a bed of roses for anybody, but Constance McMillen, you won yourself an extra heaping of crap this year when you declared the person your wanted to take to the prom -- your girlfriend. That didn't fly with the folks at Mississippi's Itawamba Agricultural High School, who first canceled the dance altogether, then threw a big party while rerouting you to a sparsely attended "official" event elsewhere.  They created a "Quit Yer Cryin'" Facebook page about you. They booed you in the halls. Your best friend dumped you. Things got so bad you had to finish out the year in another school.

You probably didn't want to become a public figure. You certainly didn't expect to. But your story attracted national attention and became a lightning rod in the fight for gay rights. As you said at April's GLAAD Media awards, "All I wanted was for me and my girlfriend to go to prom like any other couple." But despite the attention, despite the kids at school who said you "ruined" the prom, you never backed down or gave up. You filed suit via the ACLU for the simple right of students to bring whomever they want to their own proms. "If you want change," you said, "you have to speak up." With a courage and dignity that few among us, of any age, possess, you kept doing just that. And along the way, you won yourself a whole lot of hearts.

Your Facebook fan page has over 400,00 members. Ellen DeGeneres had you on her show and presented you with a $30,000 scholarship from Tonic.com. On Tuesday, you got to hang with the president at a Pride reception at the White House. You met this week with Sen. Al Franken to discuss his anti-bullying bill, saying, "I'm trying to … make people want to be inspired and stand up."  And on Sunday, you'll be a Grand Marshal at New York's Pride March. It ain't the prom, but we can guarantee plenty of dancing.

At Tulane's commencement speech last year, Ellen DeGeneres said that "Some of the most devastating things that happen to you will teach you the biggest lessons." Nothing will ever give you back a decent senior year, but the past few months have earned you the life experience equivalent of a Ph.D.

Though you say you want to attend junior college in your hometown, in part to be near your girlfriend, it should be clear by now that it's a big world out there, full of people inspired and amazed by you. And in a culture dominated with reality stars and viral sensations and the famous for being famous, you've done something special: At age 18, you made a name for yourself by being a bona fide hero. You wouldn't settle for being a victim of discrimination. You became a warrior for change. Happy Pride Week, Constance McMillen. Happy rest of your life.