The other female victor in Carolina

Elaine Marshall's anti-mama-grizzly win is flying under the radar, but she's worth paying attention to 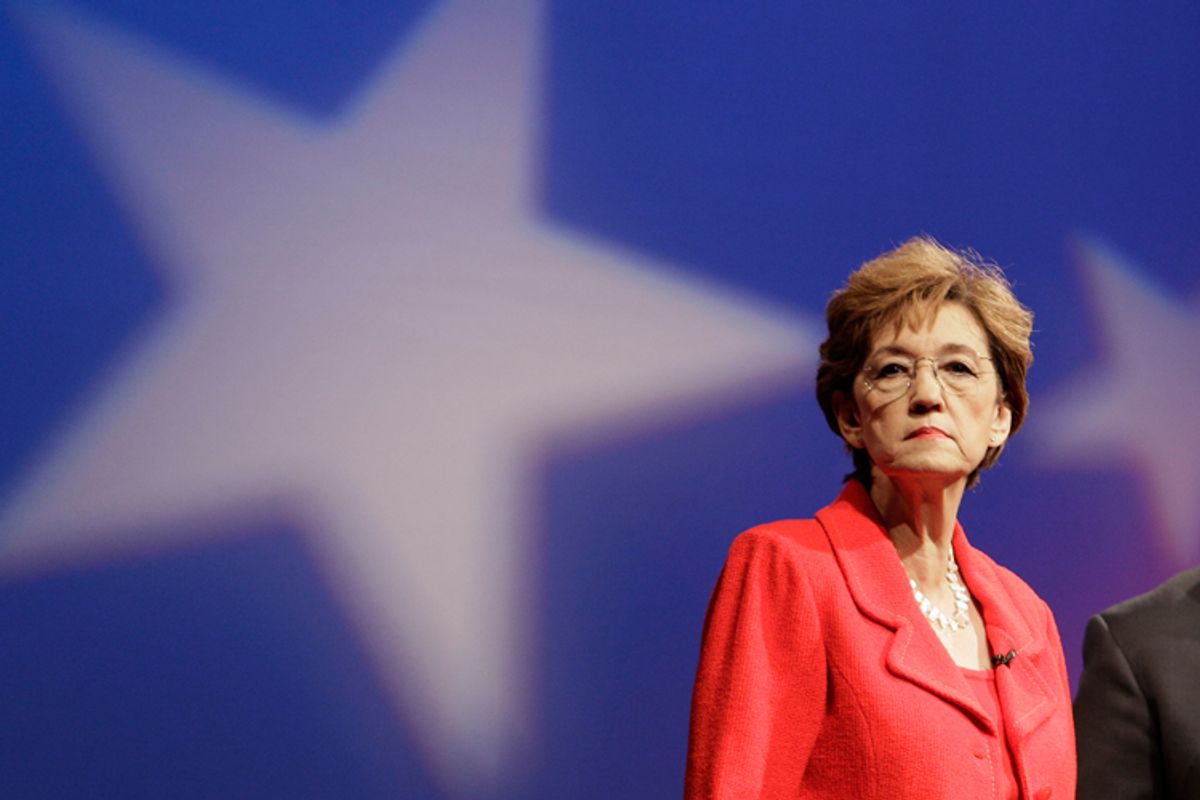 Haley's win fits nicely within the main narrative the media has chosen for this election season: the triumph of the "mama grizzly" candidate -- the conservative women, almost all of whom are backed by Sarah Palin, who have triumphed in contests around the country.

But Marshall, currently the North Carolina secretary of state, is no mama grizzly. In fact, she's more progressive than even Cunningham, the handsome establishment candidate who was hand-picked for the race by the leaders of the national Democratic Party. In this way, Marshall is a sort-of anti-Blanche Lincoln, the moderate Arkansas Democrat who Obama and company supported despite her having thwarted parts of the president's agenda -- particularly the public option in the health care bill.

Whereas Lincoln received the full backing of national Democrats -- Bill Clinton came home to stump for her, bashing any wavering liberals who might deign to support Lincoln rival Bill Halter -- Marshall took the opposite route, branding herself an outsider, a predictable tactic in a year tinged with anti-establishment sentiments.

Marshall, however, has made her support of health care reform, including a public option, a central tenant of her campaign, along with her opposition to the troop buildup in Afghanistan -- a notable stance given that Cunningham played up his Iraq War vet bona fides in the race.

And though she wasn't anointed by party leadership the way Cunningham was, Marshall certainly followed the Obama playbook in winning the nomination: She took up the mantle of progressive populist and utilized a strong network of grassroots supporters.

While all eyes will be on Senate matchups between Barbara Boxer and Carly Fiorina in California, and Lincoln and John Boozman in Arkansas, Marshall might be a sleeper in an election filled with interesting, capable women.