America's sorriest congressman briefly defends his controversial apology on Twitter, then deletes it 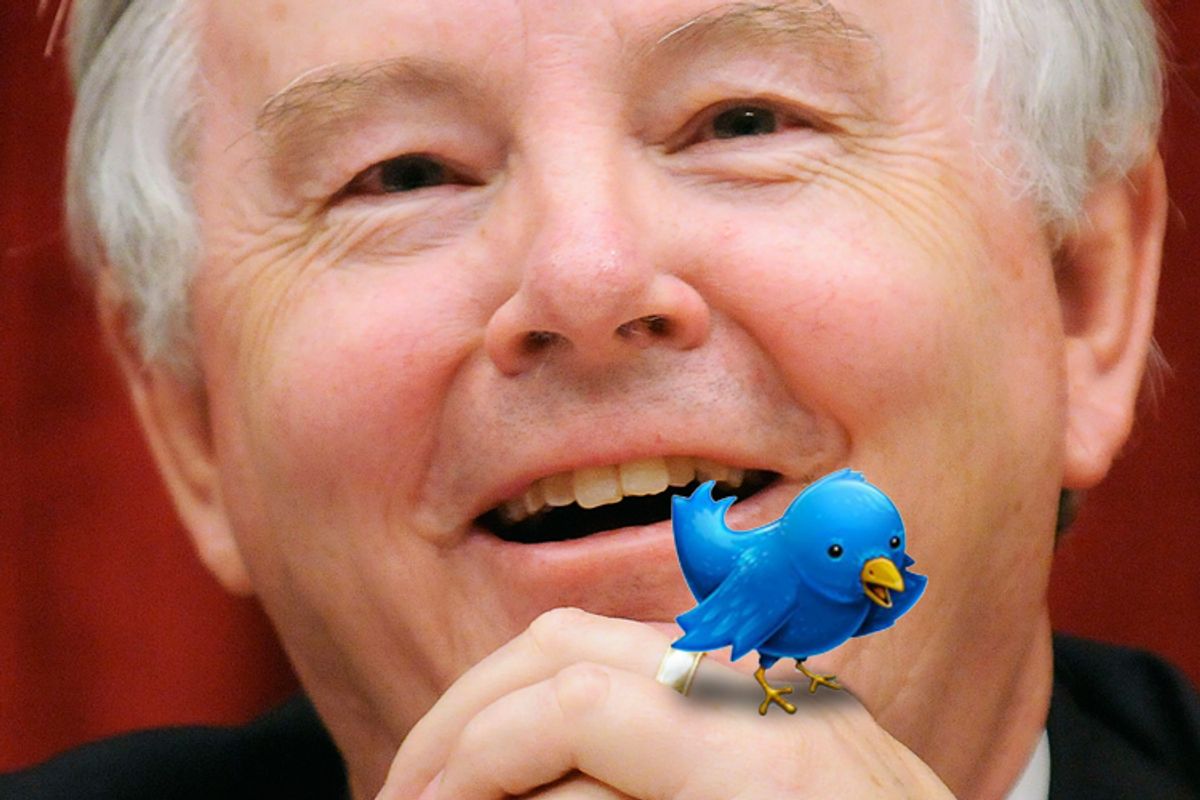 "Joe Barton was right." That was the message on Joe Barton's Twitter feed this morning. It linked to an article in the American Spectator with the same headline. Until people picked up on the discrepency between Barton's public apology for his public apology and his apparent endorsement of the idea that he was right to make the first apology, to BP. Then the Twitter update was deleted, and his press secretary took the blame.

So, to be sure: Joe Barton is still sorry that he said he was sorry to BP, his spokesperson's apparent endorsement of the first apology notwithstanding.

Meanwhile, Barton is still the ranking Republican on the House Energy and Commerce Committee. After he apologzed to House Republicans for his apology to BP, they graciously allowed him to keep his position on the committee. Meaning he will indeed be the chairman of the energy committee should the GOP retake the House. Which is both scary to contemplate and completely unsurprising.