Is Lady Gaga a "jerk," or is Seinfeld just petty?

In what sounds like a bit from his self-titled sitcom, the comedian mouths off about the pop star's antics 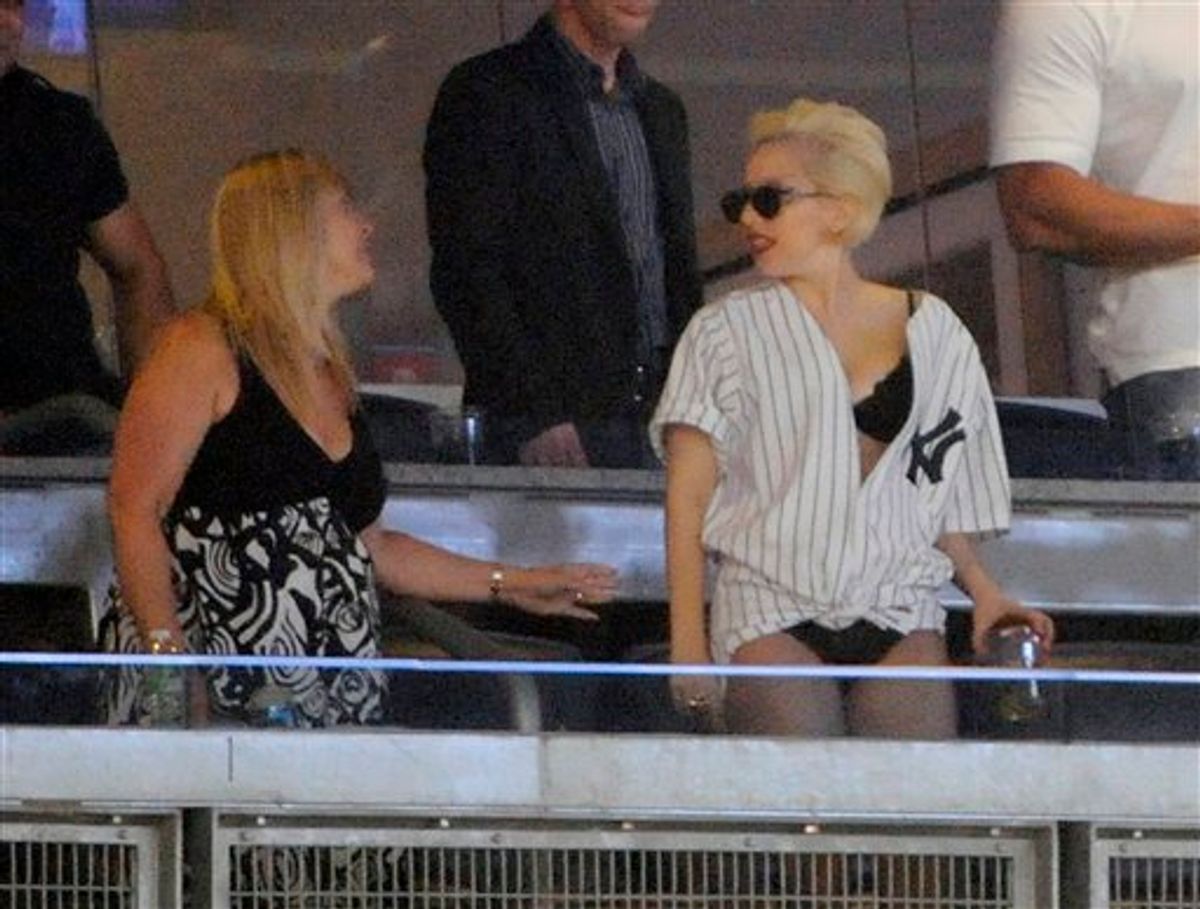 Apparently, when Gaga flipped the bird at photographers during a New York Mets game, stadium authorities at Citi Field put her in Seinfeld's unoccupied private box. "I hate her," Seinfeld said on WFAN radio in typical bemused fashion. "You give people the finger and get upgraded? Is that the world we're living in now?"

He went on to call her "talented," but headlines are calling Seinfeld-Gaga the latest celebrity feud anyway. As Time points out, Lady Gaga is caught in quite a few "feuds" -- if you can call it a feud when she's criticized by M.I.A., Christina Aguilera or Katy Perry and she doesn't respond at all. She's probably too busy planning world domination.

On her ubiquitous presence in the media, Seinfeld opined that all publicity is not good. "People talk about [needing] exposure? You could die of exposure," he said. Since Gaga has said that she'd like to die onstage, I have a feeling she'd respond with one of Seinfeld's own lines: Not that there's anything wrong with that.

Below, a reminder of what a real feud with Jerry Seinfeld looks like.