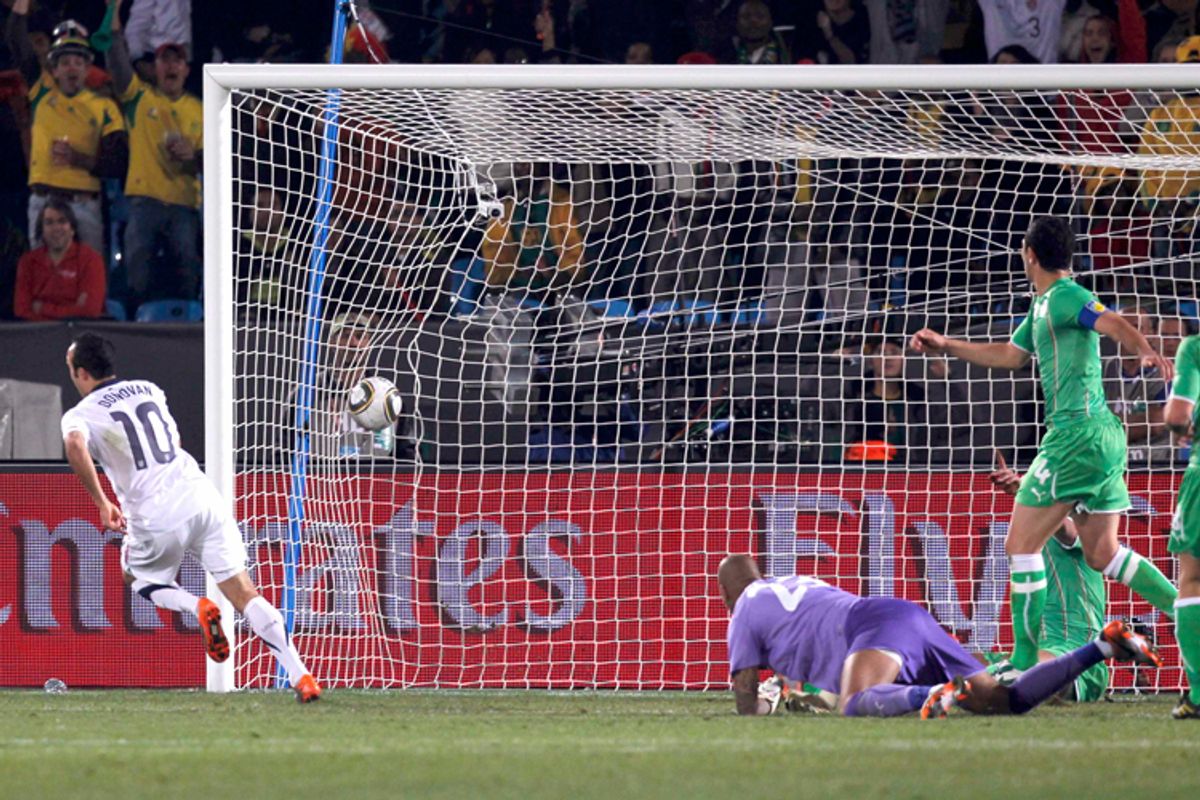 As little as I know about soccer, I was trying to figure out a way to call in sick this morning while the U.S. played Algeria in what could have been the last World Cup match for America. That is some gripping stuff. Scoreless for the entire 90 minutes, with baseless offsides calls (a running pattern for the U.S. team) that prevented an easier win, Landon Donovan had the entire stadium holding their breath as he snuck one past the Algerian goalkeeper.

The Olympics are one of the only times I've gotten goosebumps like this, and the video will be beamed around the world extensively, of course, and for future generations of American soccer players, this will be one of the crowning moments of the sport. Read the live blog out of Britain at the Telegraph. The Washington Post has analysis of the match. And not surprisingly, FIFA.com has the highlights. Fanhouse.com has the video, and it is a doozy.