In love with a serial killer 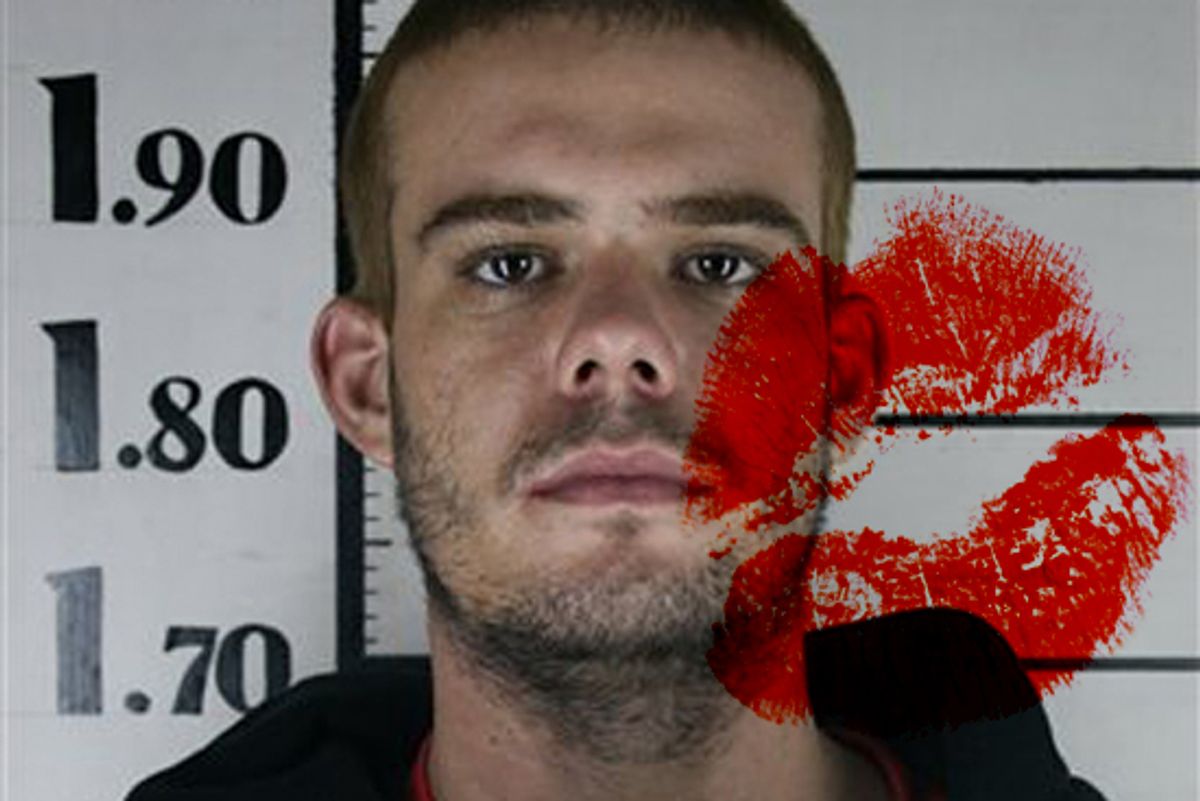 When you hear about a young man receiving loads of love letters, marriage proposals and even a plea from a woman wishing to have his baby, you might first think of a rock star, famous actor or powerful politician -- not an accused killer. And yet, it's Joran Van der Sloot who is making headlines today by bragging to the press about the number of women enamored with him. "One of them even wants me to get her pregnant," he told the Dutch newspaper De Telegraaf. There is no trusting claims by an admitted liar like Van der Sloot, but feverish female attention isn't at all unusual in high-profile murder cases -- and I called up an expert to better understand why.

Scott Peterson received a marriage proposal during his first day on Death Row. "Night Stalker" Richard Ramirez, a rapist, serial killer and Satanist -- and serious catch in some eyes, apparently -- was inundated with mail from romantic admirers; and he even married while behind bars. Robert Chambers, the so-called Preppie Killer, is said to have had so many female fans attempting to smuggle him contraband that he had to be transferred to another facility. The attractive and charismatic Ted Bundy -- a necrophiliac who confessed to more than 30 murders -- was so notoriously popular with women that the rather dubious claim that he received 200 love letters a day still circulates. Even John Wayne Gacy Jr., who raped and murdered 33 young boys, netted significant female attention.

Back to the question of what it is about these murderous men that get some women going: Sheila Isenberg, author of "Women Who Love Men Who Kill," told Salon that notoriety is a big part of it. Although Van der Sloot hasn't been convicted in the murder of Stefany Flores Ramirez or  the disappearance of Natalee Holloway, he's been in the news for so many years now that "he's almost as notorious as a convicted serial killer like Bundy or Ramirez," she said. People are often drawn to celebrities, in hopes of soaking up some of their limelight, and the distinction between fame and notoriety seems to become blurrier every day. Not to mention, "it's easier to get a date or get attention from Joran than, say, Brad Pitt," says Isenberg. "Pitt is going to ignore your letter, he's not going to boast about your letter -- but this guy is. He's probably reading his letters and responding to them, because it puffs him up and raises his status in his own eyes."

Then there is the excitement factor. These men provide a break from the quotidian -- or, as Isenberg puts it, they aren't the boring husband "who leaves his dirty socks on the floor." She says that "if the guy's behind bars, it's always exciting." You go to visit him in prison and you're surrounded by "guards with guns and barbed wire -- it's not dirty socks on the floor." No, it sure isn't -- in fact, it's officially known as "hybristophilia," which is the condition of being sexually aroused by people who have committed horrific crimes. Some of these women want to be violent themselves -- often because of abuse in their past -- but don't feel capable of it, so they experience the thrill vicariously. Others are attracted to the safety of the situation -- again, often because of abuse in their past: If a man is locked up for a long time, or sitting on Death Row, he doesn't pose much of a real physical threat.

Other experts have focused instead on biological imperatives, turning to scenes observed in the animal world: Female orangutans, for example, have demonstrated a sexual preference for the largest, most confrontational and violent males. Murderous men embody perhaps the most extreme presentation of machismo imaginable; they are warriors without rules. "Serial killer groupies," as they are cringingly nicknamed, "may be equating this sort of violence with masculine strength and then seeking it as a way to bring such a male into their lives, for protection and for producing offspring with a good chance for survival," writes Katherine Ramsland for TruTV.com. "Thus, they're responding to a biological drive that they may not even be aware of."

It's also true, though, that our culture tends to romanticize and fetishize violence. "We make heroes out of our shooter -- whether the shooter is a good guy or a bad guy," says Isenberg. "And women are turned on by heroes."