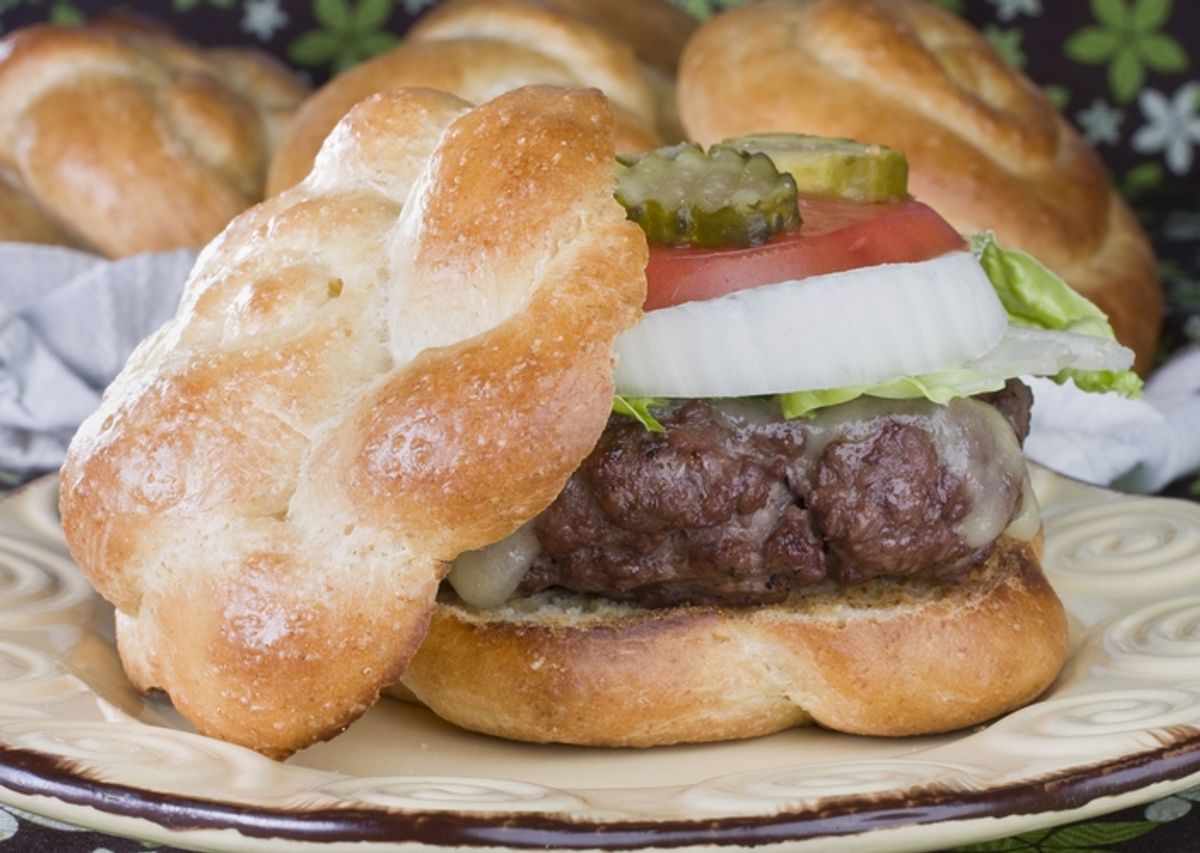 When Eric Ripert set out to make the perfect burger, he found his inspiration in an unlikely place.

"It may sound crazy coming from a French chef, but the inspiration behind this burger is actually McDonald's and Burger King," said Ripert, the man behind New York's award-winning Le Bernardin restaurant and Westend Bistro in Washington.

For Ripert, a great burger must be perfectly proportioned, a trait he thinks the fast-food giants have aced.

Except the meat, that is.

"So what we did was we looked at their burgers carefully and studied the proportions, and then of course did the same thing, but with great meat," he said. "We're using sirloin mostly, but it's the fat content and ratio of fat to meat that is very important."

And don't forget a great bun. Ripert favored a fresh challah bun for his perfect burger.