Mobs are still trying to get Apple's latest toy, but all is not perfect and Motorola is nipping at its heels 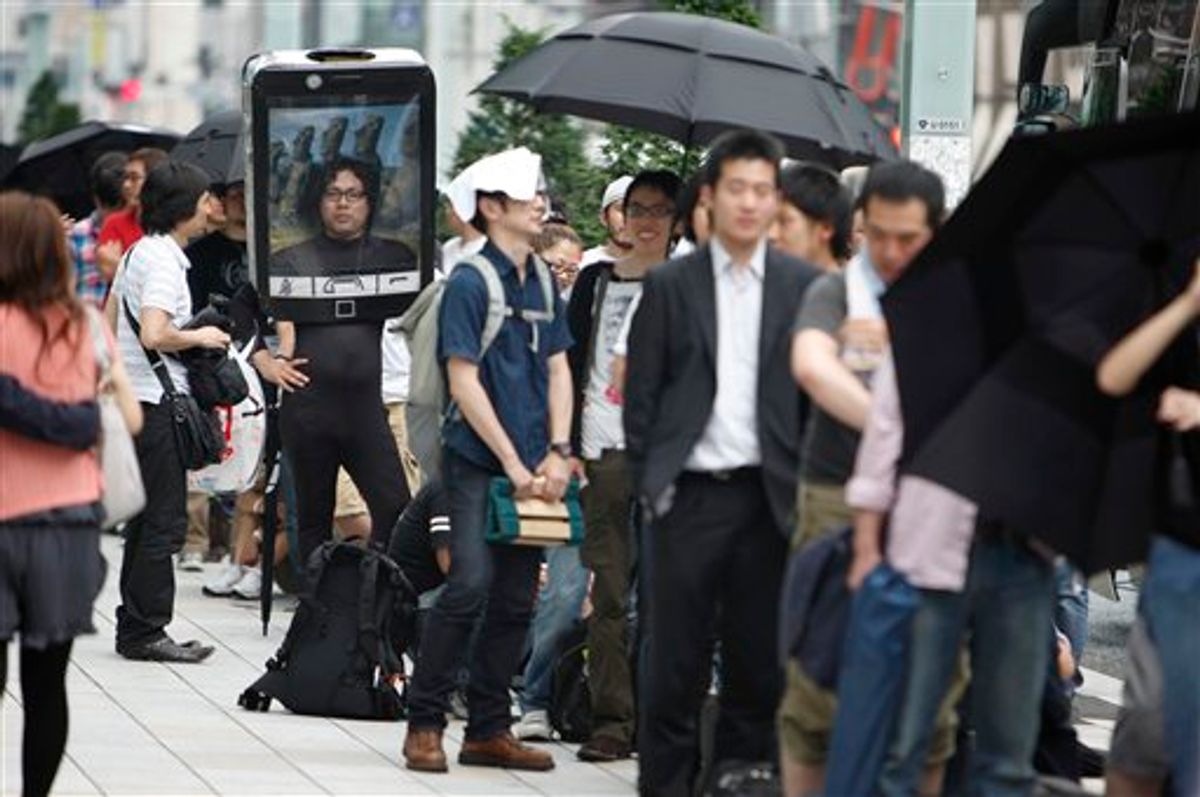 Customers line up to buy Apple's newest iPhone outside an Apple Inc's store at the Ginza district in Tokyo, Japan Thursday, June 24, 2010. Hundreds more lined up across the city at Apple stores and other Softbank outlets. (AP Photo/Shizuo Kambayashi) (AP)
--

What's that? You're calling in sick today to stand outside an Apple store? You're looking forward to being elbowed by teenagers with no jobs as you all kick and scratch and bite for a chance to spend upwards of $200 on a gadget assembled by suicidal Chinese people? Welcome to capitalism, baby.

Apple's iPhone 4 comes out today, and demand amongst those who didn't pre-order is expected to be crushing. Handily, in our age of lightning-fast backlash, reports of antenna issues and screen problems are already circulating on the Internet. That's not to mention the bugginess of the iPhone OS 4.0 that was just issued for earlier-gen devices. Top that off with Motorola's full court press to pimp the July 15 release of its new Droid X and you've got a full scale smartphone deathmatch going on.

PC World does a decent job comparing the two new phones, despite the fact that they can't actually play with the Droid yet. ZDNet has the techie review of Motorola's product too. As for the iPhone problems, Gizmodo has a slew of user tests proving the antenna reception falters when touching it with your bare hands. Tiny design flaw, right? The Street actually lists 5 reasons to avoid the iPhone 4. Mild discoloration on the fancy new screens is addressed by Engadget, and if you were hoping for a white iPhone, you're going to have to wait, says CNET.