Is there a better explanation for voting in lockstep against every measure designed to prop up the economy? 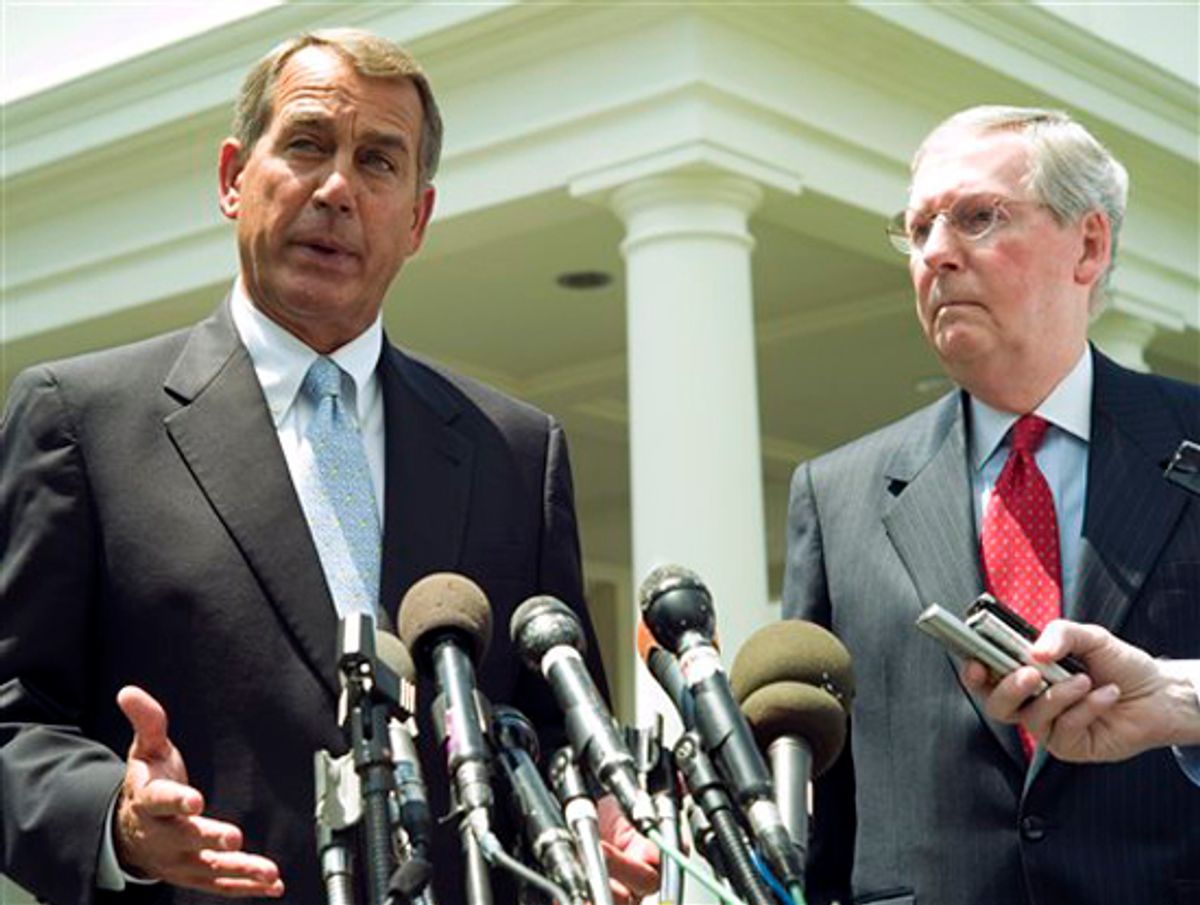 Tomorrow, more than a million people who've been out of work for six months or more will lose unemployment benefits, because Senate Republicans and theoretical Democrat Ben Nelson joined together to block an already too-small package of half-measures designed to provide some modicum of help for the nation's millions of jobless people.

The vote was 57-41. Oddly, the side with 41 votes actually won. Because that is how the Founders wanted things to not work in this god-blessed nation.

Hundreds of thousands of public- and private-sector employees will also soon to joint he ranks of the unemployed (and hope they don't become the long-term unemployed, because no one much seems to care about them), because the bill could not be made quite weak and ineffective enough to win the support of the only two "moderate" Republicans alive (two women from Maine who never actually act on their "moderate" beliefs).

"It's unpleasant to think about, and I really hope it's not true, but it may be time for a discussion about whether GOP lawmakers are trying to deliberately sabotage the economy to help their midterm election strategy," Steve Benen wrote.

Senator Debbie Stabenow suggested much the same thing after the vote:

It is very clear that the Republicans in the Senate want this economy to fail. They see that things are beginning to turn around. You know the numbers. When this president took office, we were losing 750,000 jobs a month. … Now we are gaining jobs. … Unfortunately, and cynically [on their part], in cynical political terms, it doesn’t serve them in terms of their elections if things are beginning to turn around.

Do Republicans actually want the economy to fail? Greg Sargent says they just want the government to fail, and they don't care if they take out the economy in the process. Ezra Klein says they've just deceived themselves into believing that tackling the deficit is more important and responsible.

I think Republicans don't want to hurt America, but I also think they literally don't give a shit about the poor and unemployed. Philosophically, Republicans are not concerned about a huge and growing underclass of desperately impoverished people, and instinctively they just dislike the unfortunate. That's why Orrin Hatch want's to drug test the unemployed.

Obviously that's not true of all conservatives -- some of them do, indeed, think there are conservative policies that will help the poor or unemployed lead more comfortable and dignified lives -- but it's apparently true of the vast majority of elected Republicans.

Republicans don't hate America, they just don't care about lots of Americans. (And many of them don't count about half of Americans as Real Americans.) They don't want the country to fail, they just don't think it counts as a failure when millions of people can't find work or afford healthcare or buy groceries.