Rep. Rob Simmons has suspended his run for Senate in Connecticut, but he'll still be on the primary ballot 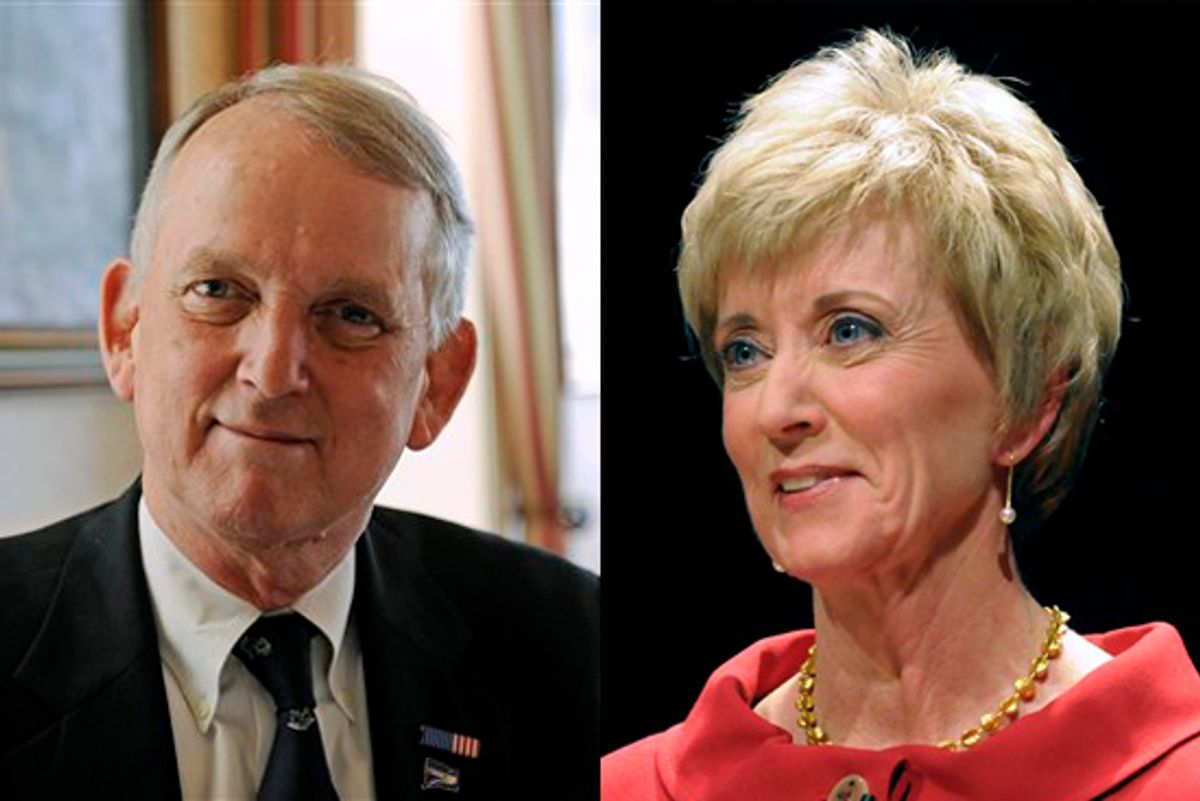 FILE In this March 31, 2009, file photo, Rob Simmons talks to the Associated Press during an interview in Washington. Republicans once saddled with the burden of President George W. Bush's unpopularity are now experiencing a boon from another struggling president: Barack Obama. The GOP senses rising fortunes from coast to coast, as one-time lawmakers look to capitalize on voter frustration that booted some of them from office in 2006. Others, long retired, see the Democrats' luster fading and with it a chance for them to return to Washington. (AP Photo/Susan Walsh) (Susan Walsh)
--

In May, Rep. Rob Simmons suspended his campaign for US Senate from Connecticut, despite receiving 46% of the vote at the Republican convention. The problem was, he was running against Linda McMahon, a fantastically wealthy professional wrestling entrepreneur. But Simmons never ended his campaign. He's still on the ballot, and McMahon thinks he's secretly still running:

"For a while [Simmons] said that he was leaving his name on the ballot for financial reasons relative to fundraising and that sort of thing. But I think we're passed that now," she said. "So his name is still there and he is still campaigning for other Republican candidates, local candidates primarily, within the state, under the guise of helping them raise funds, et cetera. But he's still giving his speech."

"Secretly" running for office is a really poor way to actually win an election, but apparently McMahon thinks it is untoward of Simmons to wait around for her campaign to collapse.

A few weeks ago, Ann Coulter called on Sarah Palin to endorse the non-campaigning Simmons (which would actually be a terrible blow to his non-campaign). High-ranking Republicans in the state legislature still refuse to actually endorse McMahon.

The primary isn't until August 10th, and the ballot will also feature Peter Schiff, libertarian economist and yet another "tea party favorite."

Presumably McMahon will have the nomination in the bag by then, especially once that Lieberman endorsement comes through.