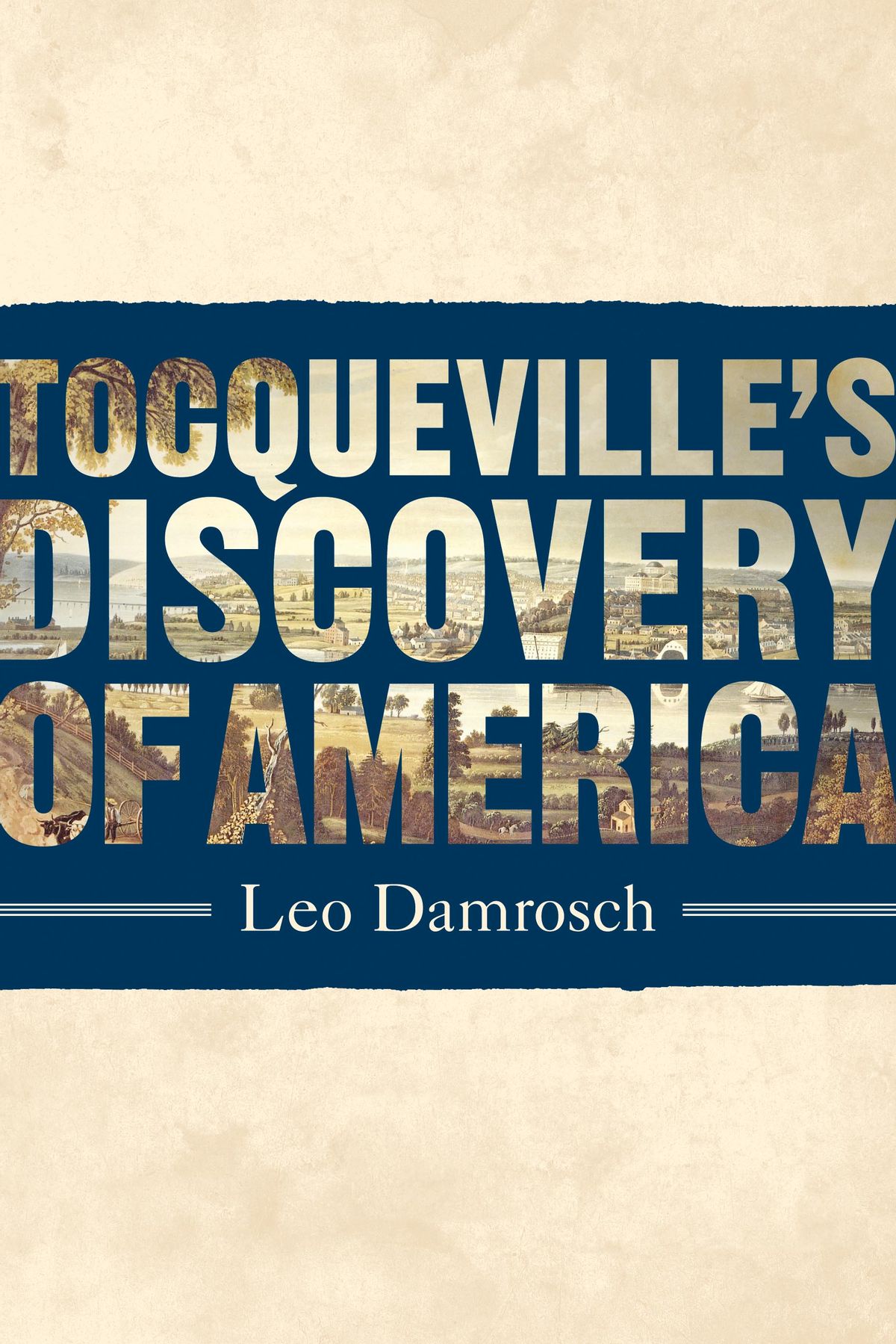 Books attain classic status by illuminating the universal in the particular, and by remaining perennially relevant. Tocqueville's "Democracy in America" is a classic in just this way. Tocqueville himself naturally hoped his book would be such a thing, but did not fully expect it; he was surprised by how quickly and widely successful it became. His aim had been to learn constitutional lessons from the American example, and to apply them to France and the rest of the Old World where, with equivocal feelings, he saw the spread of democracy as inevitable. When the book was published he found that he had done far more: He had added to the central literature of political science.

The book was the offspring of a fruitful marriage of differences, between,  on the one hand,  the perceptive and prescient mind of an aristocratic young European, le Comte Alexis-Charles-Henri Clerel de Tocqueville, and, on the other hand, the bustling, vigorous, expanding energies of Jacksonian America.

Tocqueville traveled in America for a surprisingly short time, just nine months, but in that interval he covered a lot of miles, and an even larger territory of American mind and life. Apart from the brilliance of his intellectual and observational powers he had the great advantage of an intelligent friend at his side, Gustave de Beaumont, with whom he shared every step of the journey. Between them they took copious notes and wrote dozens of perspicacious letters home. Their journey is the subject of Leo Damrosch's "Tocqueville's Discovery of America."

It is 70 years since anyone has written at length about Tocqueville's journey. Biographies naturally have to proportion the space they give those nine months in the 54 years of Tocqueville's life, and in any case their interest tends to focus on the period, several years later, encompassing the publication of Tocqueville's book and its reception. Damrosch has a different target. Making use of much material not available in English, which he presents here for the first time in his own translation, he is able to retrace Tocqueville's geographical and intellectual footsteps in detail, and by so doing casts much fresh light on the formation of Tocqueville's ideas.

And it is not only Tocqueville's ideas that come illuminatingly into view, but the young and uncertain United States of 1831 itself, for Damrosch takes us with Tocqueville and Beaumont to New York, the Great Lakes, the frontier woods and newly cleared farms, Boston, Philadelphia, the steamboats of the Mississippi, New Orleans and Washington, and on the way we meet every kind of American from the Bostonian Brahmin to the backwoodsman, the ambitious merchant, the welcoming log-cabin hermit, the cheerful steamboat captain, the slave, the leisured slave-owner, the dispossessed Native American, and even President Jackson himself -- in a White House that stood with a few other grand buildings dotted about in the otherwise scarcely tenanted wilderness of Washington as it then was.

It is essential to recognize that both Tocqueville and the democracy he was inspecting were young: He was 26 years of age when he explored America, and the democracy itself was not twice that. He was still young when his account of it was written and published. He had an old head, but as the rest of him caught up during the remaining half of his life, he was to become still less sure about democracy (he was half-unsure about it to begin with) and less convinced that liberty was its inevitable concomitant. To read of Tocqueville the elected representative, constitutionalist and government minister in his later years, or indeed to read other works he penned after visiting England, Ireland and Algeria, is to encounter a somewhat different person. But that does not diminish "Democracy in America," as one sees all the more clearly because of Damrosch's account of the generous, open-minded but judicious and sometimes skeptical reactions of Tocqueville while he was actually on American soil.

The genius of Tocqueville is manifest in the way he unconsciously reprises Aristotle and anticipates both Marx and Mill in different ways. There could be no better description of Aristotle's "megalopsychos" (the man of practical wisdom, following the middle path through situations of moral dilemma) than Tocqueville's picture of a certain American type: "His features, which are lined by the cares of life, display practical intelligence and cold, persevering energy that is immediately striking. His gait is slow and formal, his words measured, and his appearance austere." He anticipates Marx in writing of factory laborers under the Adam Smith pin-production principle, "Nothing tends so much to materialize man and to eliminate every trace of soul from his work than the great division of labour." Mill in "On Liberty" seems almost to paraphrase Tocqueville's observation that one of the principles underlying American democracy is that "Each individual person ... is the sole lawful judge of [his] own interest, and so long as it doesn't harm the interest of others, no one has the right to interfere."

One could cull others of Tocqueville's many astute insights to illustrate the power of his mind, but the point of doing so would only be to reinforce the originality of his task: to explore -- as he puts it, "The future of democracy: the sole poetic idea of our time. An immense, indefinite idea. An era of renewal, of change in the social system of humanity." That is what America represented to Tocqueville, and he was determined to examine its nature and implications. As Damrosch shows, Tocqueville had traveled thousands of miles across the rapidly expanding United States to feel the actuality, the lived reality of its people under their democracy, and by doing so he came to recognize its virtues and its dangers with special clarity.

Once home again in France, as he contemplated the wealth of material he had gathered, he had an epiphany: He saw that equality and despotism were not opposites, that there can arise a kind of "soft despotism" accepted by the people who, welcoming its benevolent rule, still describe themselves as free.

This was one of the deepest of the insights he brought home from the journey Damrosch describes. "Above them," Tocqueville writes of the citizens of a democracy that has mutated into a soft despotism, "rises an immense tutelary power that alone takes charge of ensuring their pleasures and watching over their fate -- it is absolute, detailed, regular, far-sighted, and mild. It would resemble paternal power if its object was to prepare men for adult life, but it seeks on the contrary to keep them in permanent childhood. It likes citizens to enjoy themselves, so long as all they think about is enjoyment. It labors willingly for their happiness, but it wants to be the sole agent of their happiness. The sovereign power doesn't break their wills, but it softens, bends, and directs them. It rarely compels action, but it constantly opposes action."

This is pure genius. It describes quite a few contemporary Western liberal democracies, and the constitutional struggles of the Jacksonian populists over the Senate resonate with analogous constitutional tensions in a number of contemporary democracies. Today's United States is the achievement of a post-Civil War settlement and a continuing constitutional evolution that has addressed some of the doubts Tocqueville felt about democracy as always implying the risk of majoritarian tyranny; but the point is that Tocqueville saw those possibilities with clarity, and it is implausible not to think that his insight sometimes helped America take a more suitable path.

As the foregoing shows, although Damrosch's aim is to describe Tocqueville's and Beaumont's journey, inevitably that means describing the ideas they garnered as they went. This is lucidly and succinctly done. Damrosch does not sentimentalize Tocqueville's views of America and Americans, which were sometimes uncomplimentary to a degree, nor does he over-emphasize the many positives that Tocqueville found. But in general the portrait he gives of Tocqueville is an affectionate one, consistent with the satisfaction America has always taken in Tocqueville's account of it.

Damrosch's closing pages give only the briefest outline of the post-journey life of Tocqueville and his book, and do not reveal how different a man Tocqueville became from the one who saw America and the implications of its constitutional arrangements so clearly. But the interested reader should look to the biographies for that. Here Damrosch's central task -- to give a kind of Tocquevillian "Anabasis," and with it an account of the America he saw -- is well and instructively done, and a highly useful addition to the Tocqueville literature.