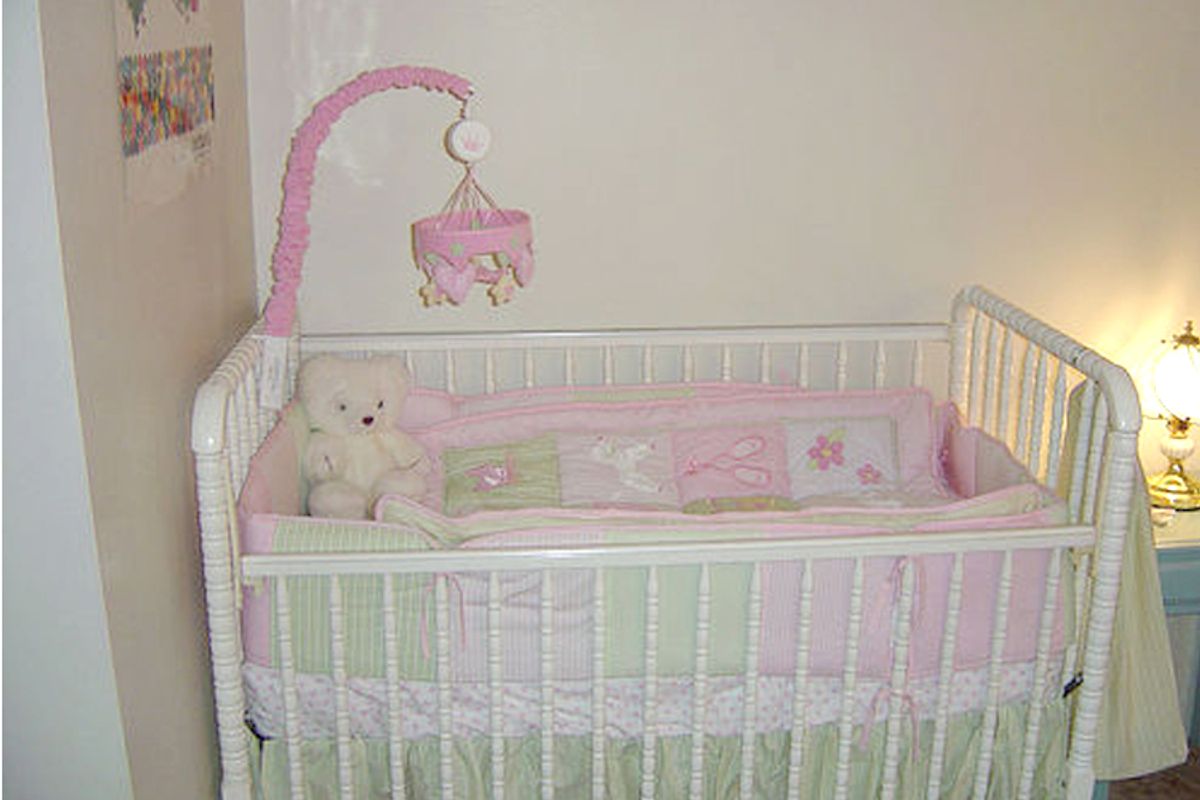 More than 2 million cribs from seven companies were recalled Thursday amid concerns that babies can suffocate, become trapped or fall from the cribs.

Most of the cribs were drop-sides, which have a side rail that moves up and down so parents can lift children from them more easily. That movable side, however, can malfunction or detach from the crib, creating a dangerous gap where babies' heads can become trapped, leading to suffocation or strangulation.

No deaths were associated with the cribs, but there were reports of at least 16 entrapments of infants. In one case, a child was found unconscious and later hospitalized.

Drop-sides have increasingly come under scrutiny, with several warnings from the CPSC in the last year that the cribs can be deadly. CPSC Chairman Inez Tenenbaum has pledged to ban their manufacture and sale by year's end.

"This new recall announcement is part of a larger effort by CPSC to clean up the marketplace from many of these unsafe cribs," said Tenenbaum. "Most of these recalled cribs have dangerous drop-sides, while the Delta crib can pose a danger to babies if the mattress support is installed incorrectly."

CPSC urged parents to stop using the cribs and contact the manufacturers for repair kits to immobilize the drop-side or information to make the cribs more secure.

The recalls involved about:

-747,000 Delta drop-side cribs. Delta is also urging parents to check all fixed and drop-side cribs that use wooden stabilizer bars to support the mattress. The company says the bars can be installed upside down, causing the mattress platform to collapse. CPSC spokesman Scott Wolfson said Delta "was not cooperative with providing the full number of units involved in the mattress support assembly problem."

-40,000 to 50,000 Child Craft brand stationary-side cribs and an unknown number of Child Craft brand drop-sides. Child Craft ceased operations last summer and sold its name to Foundations Worldwide Inc., which did not manufacture or sell any of the recalled cribs but will offer rebates for some of them.

With Thursday's recall, 9 million drop-side cribs have been recalled in the past five years. Drop-sides have been blamed in the deaths of at least 32 infants and toddlers since 2000. The cribs are suspected in another 14 infant fatalities during that time.

Congress is also concerned about the cribs. Legislation has been introduced by Sen. Kirsten Gillibrand, D-N.Y., to outlaw the sale and manufacture of drop-sides. A similar bill has been introduced in the House by Democratic Rep. Joe Crowley, also of New York.

Drop-side cribs have been around for decades, but consumer advocates say they are not as sturdy as those of the past. Older cribs had metal rods that guided the drop-side up and down. Many newer cribs have plastic tracking guides for the drop-side that critics say are more prone to breaking.

The Juvenile Products Manufacturers Association, which represents over 90 percent of the crib industry, urges parents not to use cribs with loose or missing parts. It also says consumers should not use a crib that is older than 10 years because it may not comply with current standards.