"Will Grayson, Will Grayson" is rapidly becoming the "Twilight" of queer lit, but not everybody's happy about it 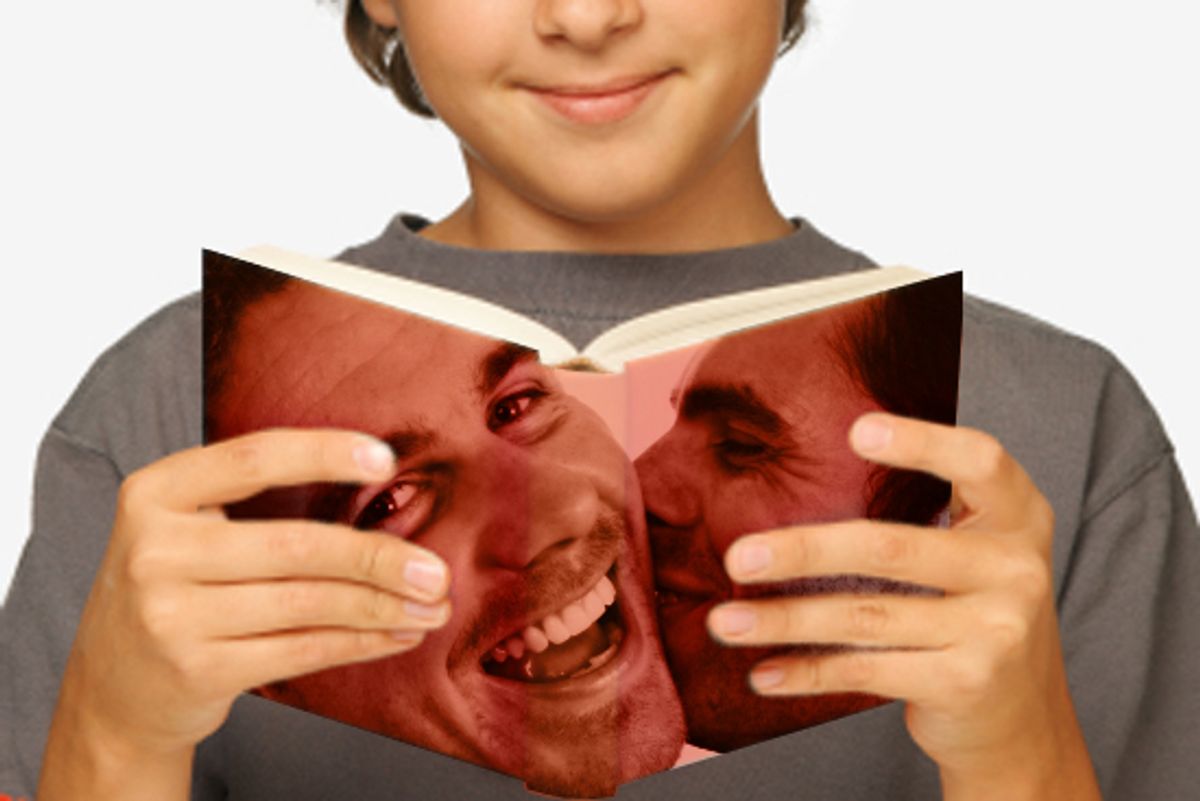 When John Green and David Levithan's young adult novel "Will Grayson, Will Grayson" landed on the New York Times children's bestseller list this spring, it was unusual not just because there wasn't a single wizard or diary-keeping princess in the whole works. It also happened to be the first ever gay-themed young adult blockbuster. With protagonists who share the same name but different sexual orientations and a cast of characters that includes "the world’s largest person who is really, really gay, and also the world’s gayest person who is really, really large," the novel has become the "Twilight" of queer lit.

While television abounds with gay teens (and Kurt, we love you so), their presence in literature has till now been less prominent. David Levithan scored modest success a few years ago with "Boy Meets Boy" and a steady trickle of gay-themed young adult novels have been breaking into the mainstream. But as the Associated Press's Leanne Italie writes this week, the success of "Will Grayson" is the strongest indication yet to publishers that there's a hungry audience for the material. And where there's one hit, you can be sure more will follow. Author John Green explained to the AP, "Landing as high on the New York Times list as we did with 'Will Grayson, Will Grayson' made a big statement to the children's publishing world that gay characters are not a commercial liability."

What took so long? It might have something to do with the fact that the words "gay" and "young adult" still send some grown-ups into fits. And while it's tough to keep teens from watching TV or going online, you can still block their access to books. That's as clear as the American Booksellers Foundation for Free Expression's impressive list of libraries across the country that have attempted to remove gay-themed books from their shelves -- and the Glenn Beck acolytes who just last month successfully got "Revolutionary Voices: A Multicultural Queer Youth Anthology" banned from a New Jersey school district.

But you can't unring a homosexual bell. As long as there are books and there are gay kids, there are going to continue to be books for gay kids. Because everyone who reads deserves to see a little of him or herself on the page. And why, although they're not sensitive bloodsuckers or the offspring of Zeus or even sisters in traveling pants, the characters in "Will Grayson, Will Grayson" get to stand among the biggest heroes in modern young adult lit.