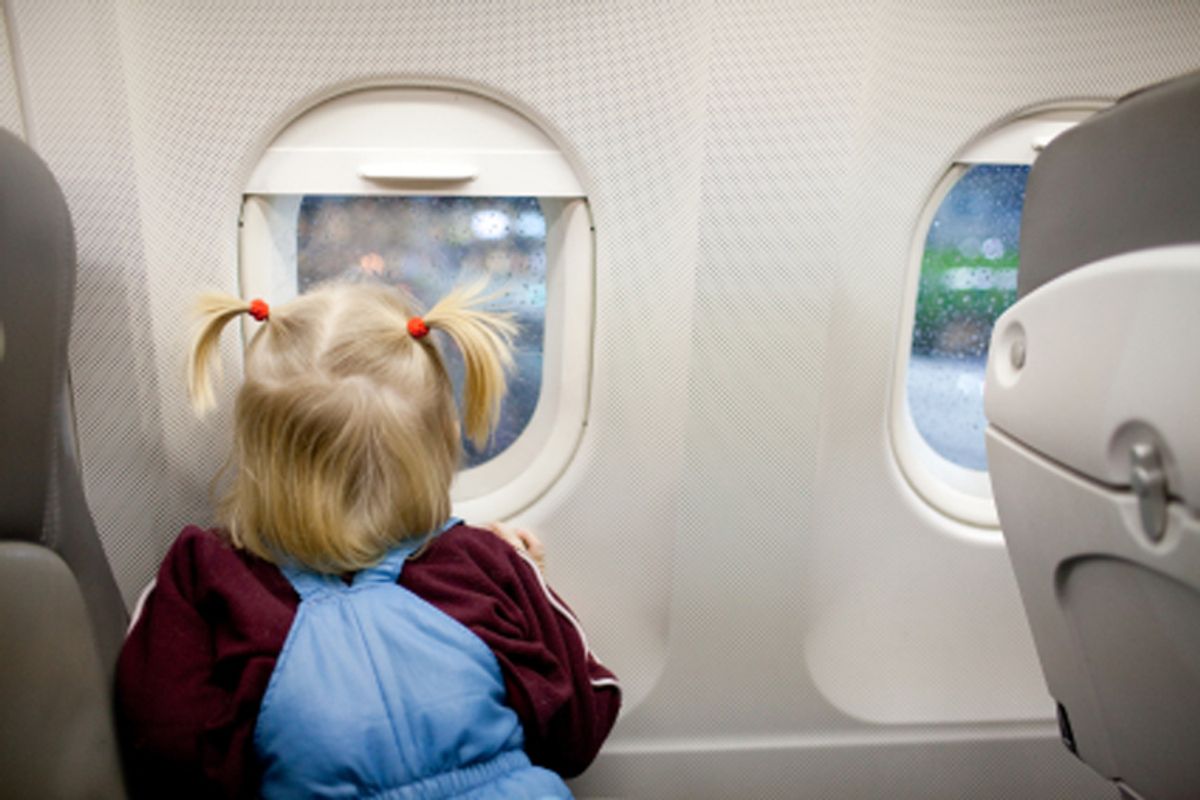 While on a British Airways flight, Mirko Fischer made the ultimate air travel sacrifice: He switched seats with his wife so that she could enjoy the window seat. The flight crew wasn't having any of it, though, and promptly ordered him to move back to his original seat. Why in earth's atmosphere would someone punish such a display of seatly selflessness, you might ask? The swap landed him next to a boy flying by himself, and Fischer is a man. The airline strictly bans men from sitting next to unaccompanied minors -- because men are dangerous.

At least, that seems to be the thinking (or knee-jerk thoughtlessness) behind the policy. Fischer was rightly pissed off and felt that he had been sexually discriminated against. The 33-year-old father was also "embarrassed" and "humiliated" by being treated like a "child molester." He told the BBC, "It is no different from stopping men from being allowed to sit next to boys in a public place but where will this stop? Are supermarkets next? Children need to interact with both men and women." Fischer started raising hell and got British Airways to agree on an out-of-court settlement totaling £2,911. Here's the best part: He donated it all -- plus £2,000 of his own money -- to child protection organizations. Well played, sir!

This isn't the first time we've taken note of British Airway's discriminatory "child-welfare regulations." I wrote in 2006 -- crap I've been doing this for a long time -- about a 76-year-old man who was rebuked by airline employees for sitting next to a 9-year-old girl. When he complained about the policy, the airline publicly apologized, but obviously did nothing to actually change its approach. As I acknowledged at the time, men are responsible for the majority of child sexual abuse cases, but, as Fischer hints at, you can't broadly base public policy on that fact. Not unless you're comfortable banning men from sitting or standing in close proximity to any unattended child.

What's more, strangers account for a minority of sexual abuse cases. If the airline policy were to accurately rely on sex-abuse stats, they would ban kids from sitting next to their own parents, relatives, family friends and casual acquaintances. Too often, we take child protection measures that ignore actual facts -- maybe because the facts are too unpleasant to face.