David Boies on the fight for gay marriage

The case seems destined for the Supreme Court. "We're not giving up on any justice," he vows 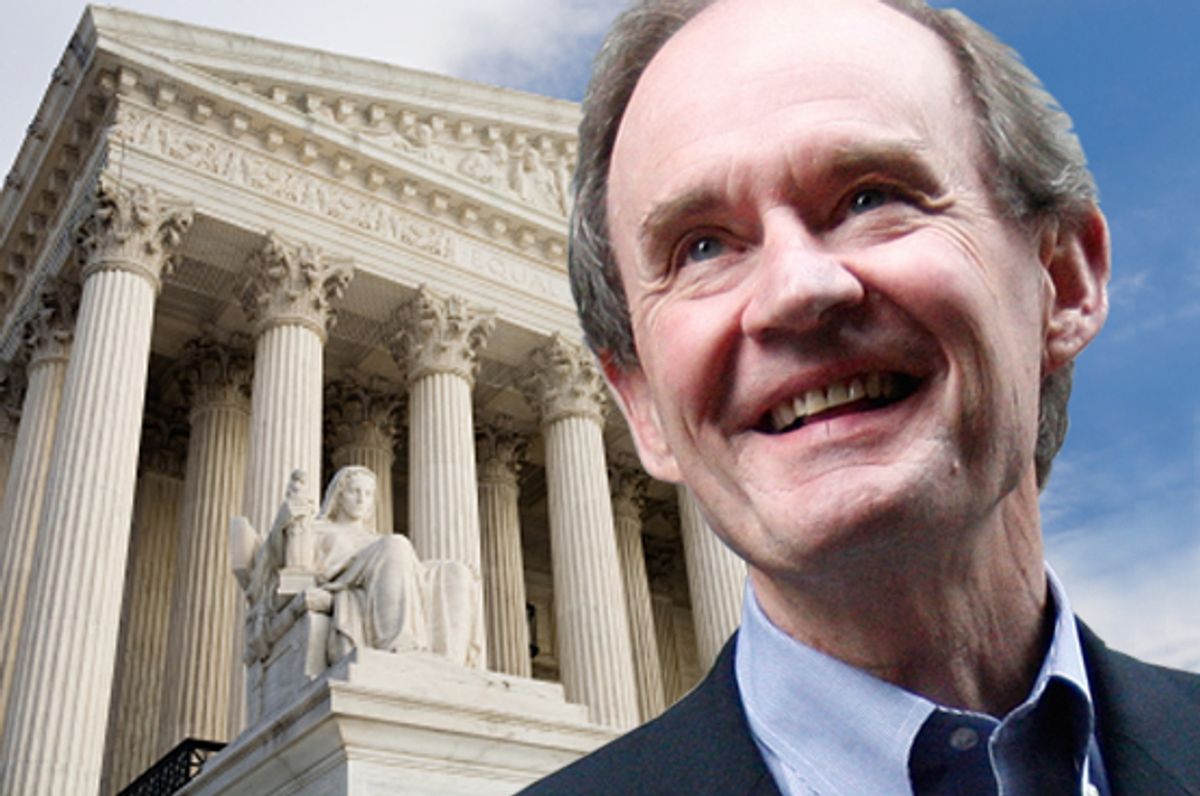 David Boies is one of the lead attorneys in the suit against Proposition 8, the California initiative barring same-sex marriage. He is part of a legal-political odd couple, joined by Theodore Olson, his opponent in the 2000 Bush v. Gore case (and later George W. Bush’s solicitor general). Salon spoke to Boies late last week about where the case stands (closing arguments wrapped up nearly two weeks ago), whether there are five votes for gay marriage on the Supreme Court, and how he would have handled George Rekers as an expert witness.

Well, a good lawyer has got to understand his opponent’s argument to the extent that there is one. I think that this case is probably the case in which my opponent has had less of an argument than in any case that I can think of. They have essentially a slogan, a bumper sticker, a tautology: They say “marriage is between a man and a woman.” That’s the question. That’s not the answer. And they don’t have any reasons why that ought to be the answer.

In Ted Olson’s closing argument, he said that the Proposition 8 proponents shifted gears three times. What did he mean?

When do you expect a verdict?

It's assumed this case will end up before the Supreme Court. Do you think you'll have five votes there?

We’re not taking any justice for granted, and we’re not giving up on any justice. A few years before Brown against Board of Education, I think you would not have found a lot of people to believe that that decision would have come down unanimously.

Some gay rights groups have opposed your decision to fight Proposition 8 in court, arguing that an adverse Supreme Court ruling could set the movement back — not only with regard to marriage, but on adoption and employment issues, too.

The fact that we’ve brought this federal lawsuit has not in any way diminished efforts at the state level. Indeed, I bet it has actually strengthened those state-level activities. On the legislative standpoint, there’s no inhibition on the states acting. I think, were we to lose, all the Supreme Court would say is, "It’s up to the states.”

But any sort of adverse ruling could have negative effects in terms of state court cases.

It’s true that a Supreme Court decision would bind the states with regard to federal law, but that hasn’t been the way cases have been challenged in Massachusetts, in Iowa, in California before Proposition 8. They were challenged on the grounds of state constitutional law. And state courts often go beyond the kinds of protections that the federal Constitution provides.

Are you concerned by Supreme Court nominee Elena Kagan’s comment that “there is no federal constitutional right to same-sex marriage"?

There’s not a federal constitutional right to same-sex marriage until the United States Supreme Court, or at least some federal court, declares it. And that’s the process that we are going through. I would hope and I would expect that Justice Kagan — if she is confirmed, and I think she will be — would look at this objectively. And I think that anybody who looks at this issue objectively has to conclude that there’s simply no basis to discriminate against gay and lesbian couples.

We proved at trial that preventing gay and lesbian couples from marrying works severe disadvantages on them and the children that they’re raising. We also demonstrated that there is no conceivable harm to heterosexual marriage as a result of permitting gay and lesbian marriages.

So straight couples don’t have to run out and renew their vows just in case?

Judge Vaughn Walker is reportedly gay. Do you think that, should he rule in your favor, your opponents are likely to exploit his sexual orientation?

Although you never know how they might try it in the media.

I would never put any tactic beyond the expectation of some of the proponents of Proposition 8. However, I am quite confidant that you are not going to hear that from the counsel representing the proponents, who are very respected, highly regarded counsel.

During your questioning of defense witness David Blankenhorn, president of the Institute for American Values, you brought up his academic credentials. Why?

He was being called as an expert on marriage, and the presumed effects on gay and lesbian marriage in particular. And he simply had no academic or educational background in any of the subjects that were relevant to the issue. He had had only one peer-reviewed article in his life, and that was about cabinetmakers in Victorian England. And even though there were presumably gay and lesbian cabinetmakers because there are gays and lesbians in every walk of life, he didn’t really focus on that aspect of cabinet making in Victorian England.

Were you at all disappointed that George Rekers, the anti-gay-marriage “expert” who was recently caught with a male escort from Rentboy.com, wasn’t a defense witness?

I would have enjoyed cross-examining him. Let me put it that way. I don’t think we’re going to see him again.