Shiloh Jolie-Pitt wants to be a boy!

The media had a conniption over the 4-year-old's totally normal short hair. Here comes another shocker 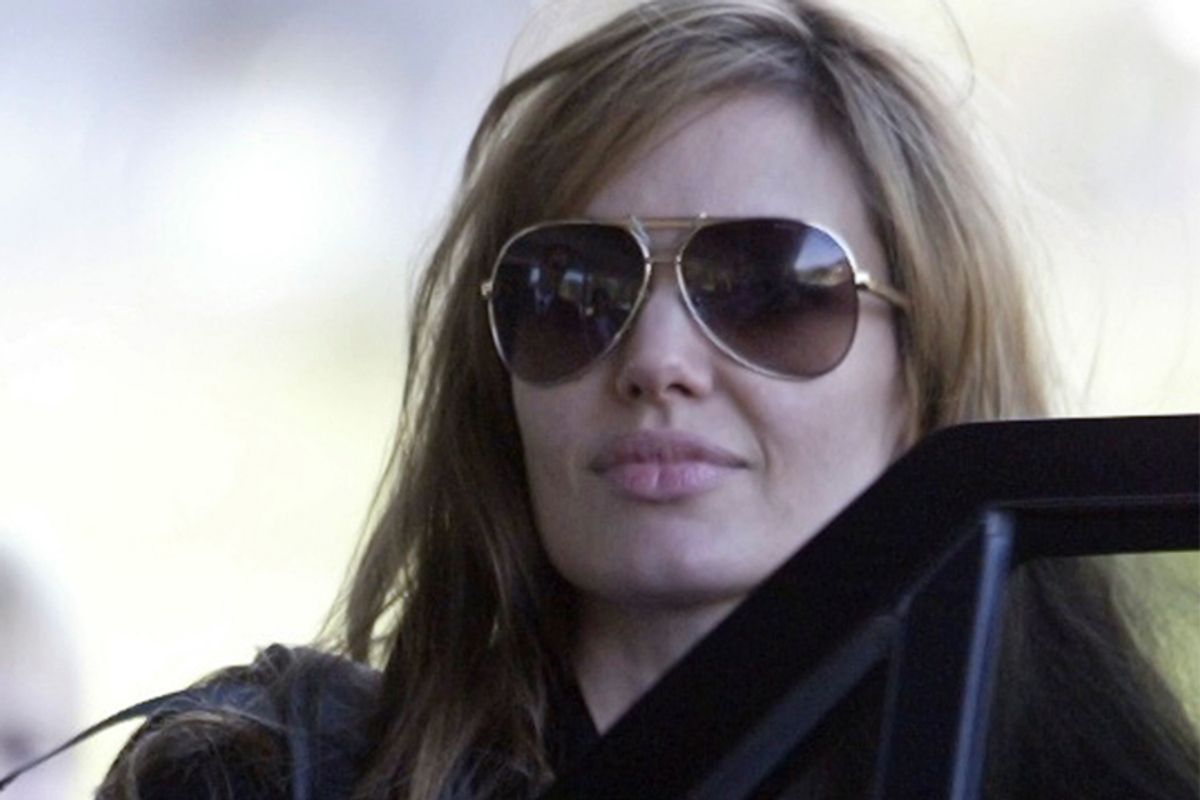 Shiloh Jolie-Pitt -- it's worse than we feared. It was one thing when the 4-year-old "love child" of Angelina Jolie and Brad Pitt/winner of the genetic jackpot raised eyebrows this winter for her breezy, tomboyish style.  Oh, Shiloh, why can't you be more like that Suri Cruise? She's like a miniature Charlotte York Goldenblatt! Maybe, cooler heads speculated, Shiloh's sartorial gender-bending was just a phrase, a bit of gamine gone wild.

But the terror that the preschooler might go all Chaz Bono will not abate. As her famous mother reveals in the new Vanity Fair -- in a nugget promptly and widely disseminated Monday -- Shiloh "dresses like a little dude ... she likes tracksuits, she likes [regular] suits. So it's a suit with a tie and a jacket and slacks, or a tracksuit. She likes to dress like a boy." That we already knew, but oh no! She continues, "She wants to be a boy. So we had to cut her hair. She likes to wear boys' everything. She thinks she's one of the brothers."

New York magazine immediately capitalized on the headline that Shiloh "wants to be a boy,"  as did the Frisky  and the Star. Now, of all the things that the reliably provocative Jolie could have said in her V.F. interview, why would that have been the tidbit that tantalized the tabs so? Could it be that the notion of a child so steadfast in her refusal to conform to traditional gender roles, so very young, is such a goddamn novelty? And that a parent so comfortable and casual with it is even rarer?

Because whoever the grown-up Shiloh Jolie-Pitt may turn out to be, the idea that we can't all just put on a pretty dress and be as natively feminine as our culture would like us to be is still challenging to a lot of people. And because whenever that kid wears pants, somewhere, someone is going to have to reckon with the notion that sex roles are to an extent a socially imposed construct, and that the spectrum of what makes us male or female is far wider than we tend to give it credit for. Elsewhere in the V.F. article, Jolie refers to her daughter as "hysterically funny, one of the goofiest, most playful people you’ll ever meet." Shiloh's mom, apparently, sees more to her than her haircut. So when will everybody else?