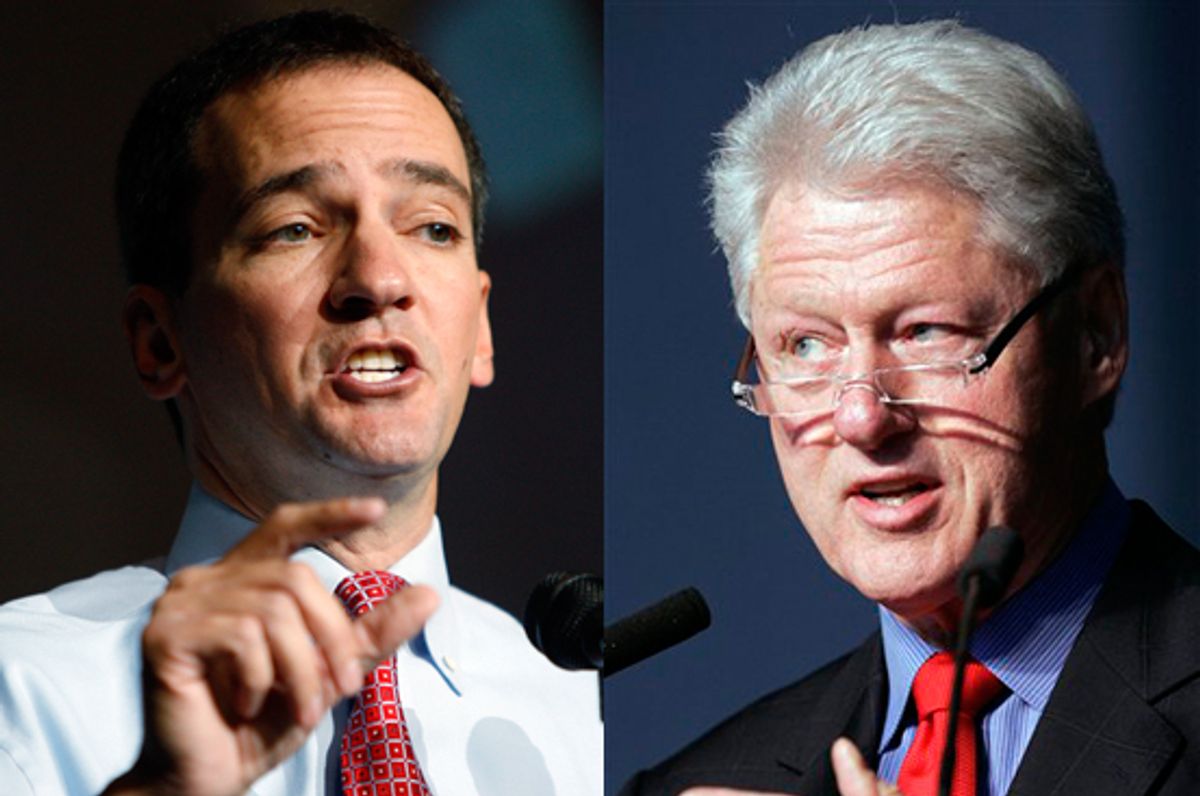 Bill Clinton has signed his name to a campaign email for Andrew Romanoff, a Democratic Senate candidate in Colorado. This is causing considerable commotion because Romanoff is challenging an incumbent in the August Democratic primary -- an incumbent who has the strong backing of Barack Obama's White House.

Politico is already up with a comprehensive look at the back story of Clinton's "stunning" move. The story is well-reported and a very fun read, but there really isn't much that's stunning about what's going on here.

All you really need to know is that Romanoff, who was then serving as Colorado's House Speaker, endorsed Hillary Clinton's presidential campaign back in September 2007, while Michael Bennet -- the unelected incumbent Romanoff is trying to oust in this summer's primary -- was one of the top donors in the state for Barack Obama's campaign. And as the Politico story notes:

And [Clinton] has made clear that loyalties related to his own life, and his wife's political run, are in a distinct category

The former president, in fact, has been dogged when it comes to repaying politicians who stood with his wife in 2008. Presumably, the Obama White House knew and/or expected that this would be the case when Hillary was put in charge of the State Department.

It's true that this is the first time that Bill's loyalty tour has conflicted with his political loyalty to the current administration, so the high interest is understandable. But as a Clinton source told TPM, the rather generic email that Clinton signed is likely to be the limit of his activity in Colorado. In other words: No rallies, no television or radio ads, no robocalls. Just one email about six weeks before the primary. It's not the worst balance between helping out an old friend and maintaining respect for the current White House.

No doubt, the relationship between Bill Clinton and Barack Obama has its issues. And Clinton undoubtedly is an independent operator. But all of this was already as true as it was obvious.