The arrests of Chris Klein, Amy Locane and Vince Neil remind us that it's not just texting at the wheel that kills 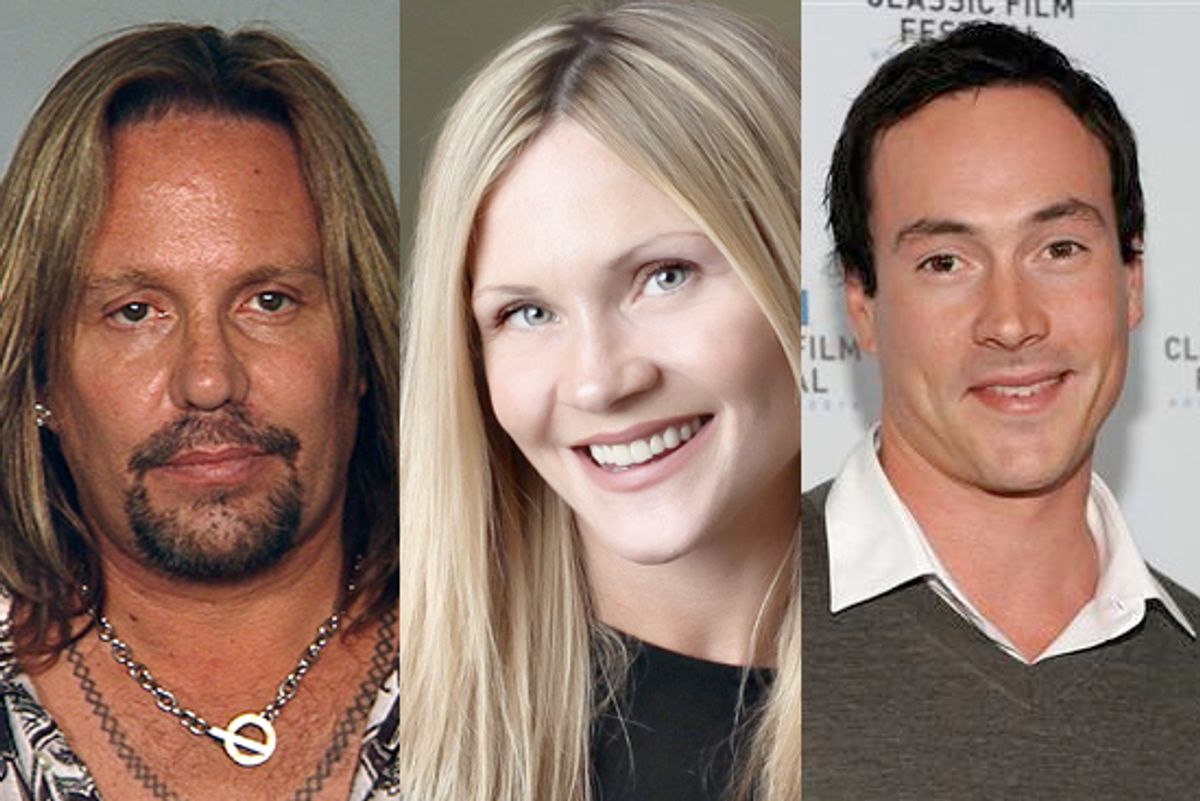 If you thought texting while driving  had become the new drinking and driving, think again. The arrests Monday of Vince Neil for drunk driving and Melrose Place alum Amy Locane for a drunken vehicular homicide, both one day before Chris Klein's Tuesday arraignment on a drunk driving charge, make it clear that getting loaded and getting behind the wheel is still a thing. In fact, alcohol is still responsible for 31% of all vehicular fatalities  -- which puts it ahead of those none-too-shabby "distracted driving" stats.  Twenty-seven years after the AdCouncil advised that "Friends Don't Let Friends Drive Drunk," people are still doing exactly that. They're just also additionally doing it when their pals chat away on their cell phones and text on the freeway.

While the mug shots of all three public figures painted a particularly faith in humanity kicking picture this week, it was the image of Neil out partying hours before his arrest, flanked by buds, that was even more depressing. Sure, many of us -- particularly those of the generations that came of age with MADD and dire PSAs embedded in our psyches -- know how to designate a driver, call a cab, or even not get too messed up in the first place. But did anyone say anything to Locane, who admitted to having several glasses of wine Sunday night before she drove off and plowed into the passenger side of another car? Did Neil's comrades express concern about his state when the man who's already done jail time for a drunk driving incident that left Hanoi Rocks drummer Nicholas "Razzle" Dingley dead headed toward his vehicle that night as well?

We can unhesitatingly toss out a crib at the mention of a recall.  We can hand over our tubes of toothpaste and our shoes before stepping on a plane in the name of safety.  We can even make condoms a non-negotiable part of sex and smoking uncool. But actually stopping someone else from getting on the road, whatever the reason may be? Taking away somebody's keys? Saying no? That's a tougher thing to do. Social inhibition kicks in -- the desire to not seem like a scold. It's been several years since I got in a car with someone I even suspected drinking too much, but sitting next to someone who's texting? Happens all the time, even when I've been silently scared out of my mind. Given that 77% of drivers admit to texting and emailing while driving, you probably have too. And that's why, despite the horror of their crimes, despite the irrefutable fact that Neil, Klein, Locane and every other reckless driver makes his or her own fateful decisions, it's the complicity of us, their peers, that unnerves so deeply.