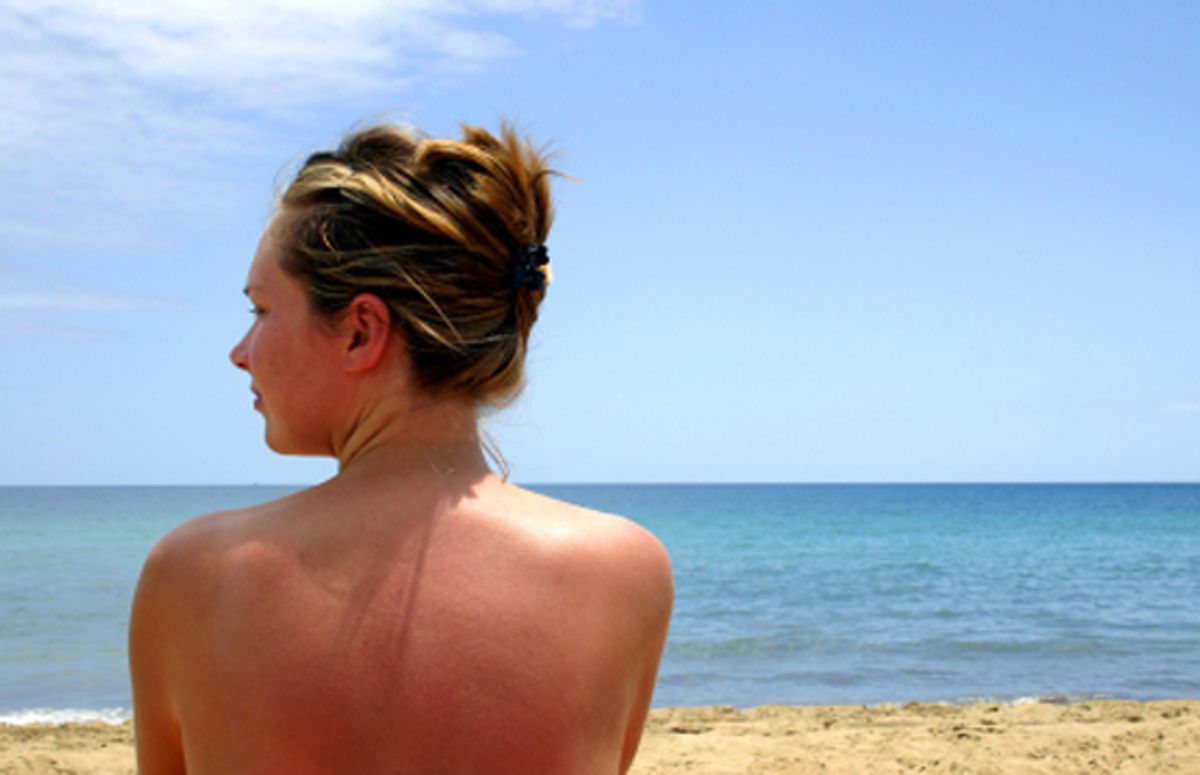 The Jersey Shore – immortalized in the songs of Springsteen and the Bumpits of Snooki – might get some new scenery this summer. On July 7, Asbury Park officials will vote on a measure to designate a stretch of the city's famous beach for topless sunbathing. And as sure as "nip slip"  will always be a popular search term, the prospect of bare female chests out and about in the midday sun has become the subject of lively commentary.

As Reggie Flimlin, the owner of a local yoga studio who has been leading the campaign, told FOX News Monday, "Asbury has always prided itself as having an open mind and being accepting and welcoming to a lot of different cultures and lifestyle choices…. Where else in New Jersey would a woman have the right to choose whether or not she has to wear a bathing suit top?" But not so fast -- despite the fact that going shirtless is perfectly legal in five states, the District of Columbia and several US cities, women still rarely take advantage of the opportunity. Maybe that's because when they do, they find themselves photographed and jeered, or subject to comments like the one from the Daily News reader who warned, "Well, ladies, if you're flapping them in the breeze, don't cry when someone decides to cop a feel." (Note to poster: This is Jersey. I wouldn't recommend it.)

But whether you're pro or con on the subject, it's interesting how nearly every discussion over whether toplessness is a right or an offense to the eyes of innocent children and senior citizens (hey, why can't it be both?) boils down to – whose boobs are being exposed anyway? Are we talking sexy French chicks or regular-looking women over age 25 here? Online commenters have neatly divided themselves between those like the NJ.com blogger who expressed concern for "a way to safeguard the comfort of the lovely women who will be gracing the beach sans bikini top" and those more worried that "It will attract fat gay men and ugly women."

That the aesthetics of those exposed breasts is a factor was made abundantly clear Monday via an unlikely source – the city's Deputy Mayor John Loffredo, who explained his support for the measure by declaring to the Daily News, "Women in other parts of the world go to the beach topless. We think New Jersey women are just as beautiful as any women anywhere in the world."

As a Garden State native, uh, thanks. And I suspect the openly gay Deputy Mayor probably didn't mean for that to sound quite so leeringly gross. But the hotness of New Jersey's denizens – and its guests – means exactly jack shit when comes to the discussion of our rights. And if ladies down the Shore are going to need Coppertone soon where the sun usually don't shine, that law's going to apply to all of them – not just the ones who look like J-Woww.