"War and Peace" made easy 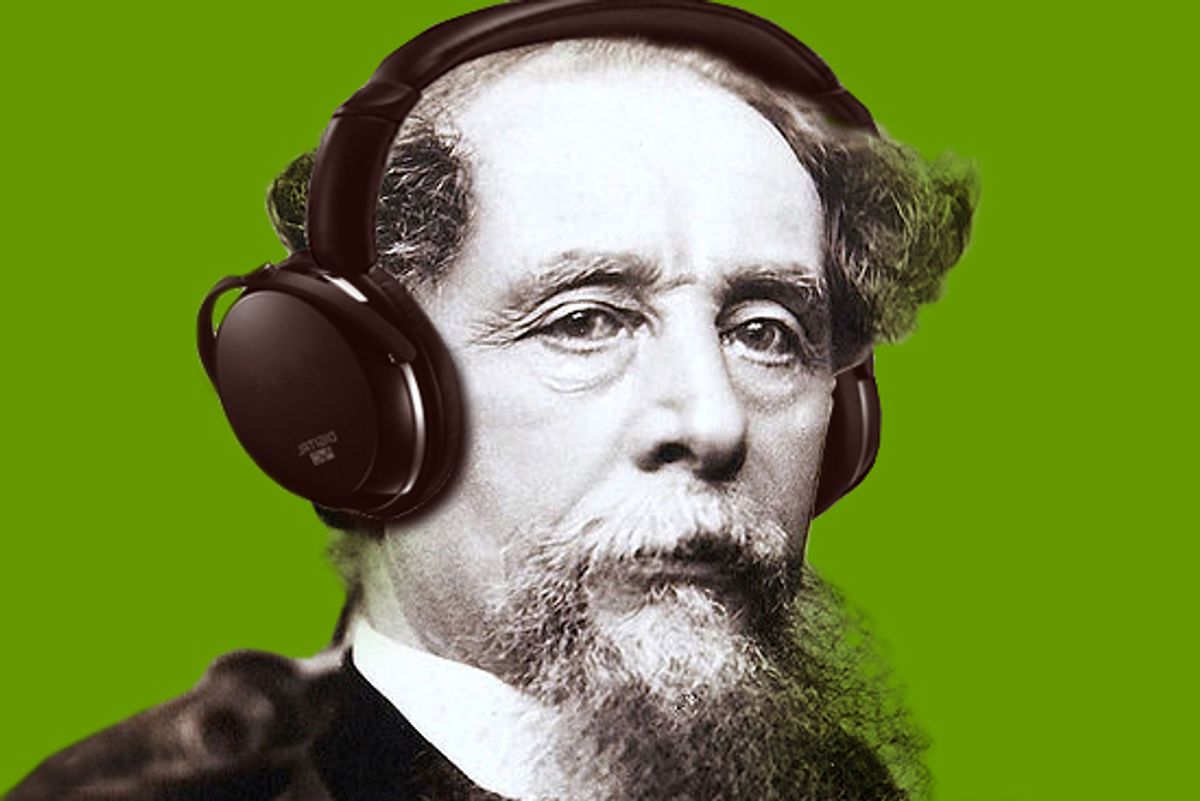 A friend of mine has been vowing to read Thomas Mann's "The Magic Mountain" every summer for the past several years. Yet once he nestles into his seat on the plane or flops down on the grass in the sun, he just can't bring himself to crack open that hefty chunk of 20th-century German bildungsroman. The handful of times he has summoned the discipline to try, he found himself falling asleep or swiping a friend's copy of the latest Michael Connelly mystery instead. After all, isn't he supposed to be on vacation?

Many people swear that, come summer, they'll finally get around to reading a classic work of literature they missed during their student years; "War and Peace" is a perennial candidate. For some, this is the intellectual equivalent of using a week of paid vacation to finish a big household project, like installing a patio. Others honestly believe that a 900-page Russian novel that seemed too daunting a prospect in November will somehow be easier to scale in a hammock. Too often, these grand plans end in shirking and a vague sense of failure. "Moby-Dick" the novel becomes almost as elusive as the white whale himself.

Here's a modest proposal: Try listening to it instead. I first turned to audiobooks because I get motion sickness from reading in cars, buses and other moving vehicles. I soon graduated to listening as I cooked, cleaned house, ran errands, worked out and, of course, drove. As someone who reads for a living, I'm eager to get out of my armchair and give my eyes a break after a long day's work, but with audiobooks I've been able to squeeze in a lot of recreational reading around the edges.

Audiobooks are, furthermore, an ideal way to finally get to those bypassed literary classics. I was never going to find the time to sit down and read all 1,072 pages of "Don Quixote," but I listened to the whole thing over the course of a month's worth of waiting in post-office lines and doing lat pulls. With the advent of downloadable digital audiobooks and portable MP3 players, it's possible to keep recordings of several titles on hand at all times, snatching 15 minutes of Balzac here and there. Still, a long car trip accompanied by an audio version of a Dickens or Austen novel may be the most sublime use of the form.

It's also the most summery. Listening is less work than reading from a page; it feels like a treat rather than an assignment, and treats are what vacations are all about. If your attention goes a little out of focus during a long paragraph of 19th-century landscape description, who's to know?

There are a few important things to understand about audio recordings of classic novels. First, avoid abridged versions, which publishers seem to be phasing out anyway. Second, be sure to check out a sample of the recording before you buy. Many of the audio classics on the market are older recordings, with poor sound quality and unappealing narrators. (I can't recommend the Oxbridge toff who read "Don Quixote" to me, for example, though the material did transcend his performance. And whose idea was it to have an American narrate Boswell's "Life of Johnson" -- a biography of the quintessential Londoner, written by a Scot -- anyway?)

A talented narrator, however, can enrich your understanding of a novel. My late-blooming passion for the work of Anthony Trollope is partly due to the performances of Simon Vance and Timothy West. Disdained by modernist critics as an uninterestingly bourgeois Victorian novelist with an overly intrusive authorial persona, Trollope is rarely assigned to college students, but he has a devoted cult among common readers. Since driving from New York to Maine, blasting "Barchester Towers" all the way, a few years back, I've joined it. Trollope's novels are primarily about class and, as read aloud by Vance, each character has a voice and accent that instantly conveys his or her social background.

Able, professional actors cost money, and that's one reason why audiobooks can be pricey. However, there are economical ways to acquire them. Audible.com, which has practically cornered the retail market, offers a tiered membership plan that dispenses a certain number of credits monthly, with each credit good for one book. You can also buy books outright, at discounted member's prices. It's not the simplest system in the world, but it means that you can get decent audiobooks for $15 or less. And while the Audible site is not great, especially for browsers, the company is owned by and linked to Amazon, so you can cruise for titles using Amazon's dense database of tags and customer referrals, then easily check to see if they're available as audio downloads.

Sites and apps offering free audiobook downloads of public domain titles almost always use recordings made by LibriVox, the audio equivalent of Project Gutenberg. Volunteers record themselves reading chapters and submit them to Librivox, who distributes the files online for free. This is a noble, selfless project, and a boon to readers with visual impairments who want access to more obscure texts. But if you're accustomed to professional narrators, chances are you'll find the LibriVox recordings hard to listen to; many of the readers are wooden, others are outright grating. The recordings frequently switch narrators in the course of a book, which means that even when you find a narrator you like, chances are he or she won't be sticking around for long.

Alternatively, many libraries loan out audiobook downloads as well as CD and cassette tape sets. (There are also software programs for converting CDs to digital audiobook files for MP3 players, but the process is time-consuming and a bit of a hassle.) Libraries use a service called OverDrive which may have the single worst support documentation I've ever encountered, so expect to invest some time in getting it set up. The idea is that you download OverDrive's console software to your hard drive, then you download specific titles from your library's website and can play them via the console for a limited period of time.

I have squandered hours of my life trying to figure out why so many of the New York Public Library's downloadable audiobooks wouldn't transfer to my iPod. I'll try to save other Mac users the same frustration: Be aware that much of your local library's collection simply can't be played on any Apple device unless the file first goes through a Windows PC -- presumably due to conflicts involving digital rights management. Only those audiobooks made available in MP3 format can be borrowed by Mac users; files in the WMA format, more than half of what my library carries, will not work. An OverDrive app recently released for the iPhone is affected by similar limitations. (I can't testify to how smoothly OverDrive works on a Windows PC, so if you've tried it, please post a comment and tell us what you think.)

Finally, while the selection of audiobook classics in English is respectable, translation is another matter. Russian novels usually come in the much-derided Edwardian translations by Constance Garnett. With Proust, it's C.K. Scott Moncrieff's version from the 1920s. More recent translations are often still under the translator's copyright, and publishers apparently think most buyers won't know the difference, so why pay extra for the rights? It's often impossible even to find out who the translator is from an audiobook's product page.

That won't be a concern for my friend, however: The only recording I've been able to find of "The Magic Mountain" is abridged and in Spanish, alas. Well, there's always next summer.