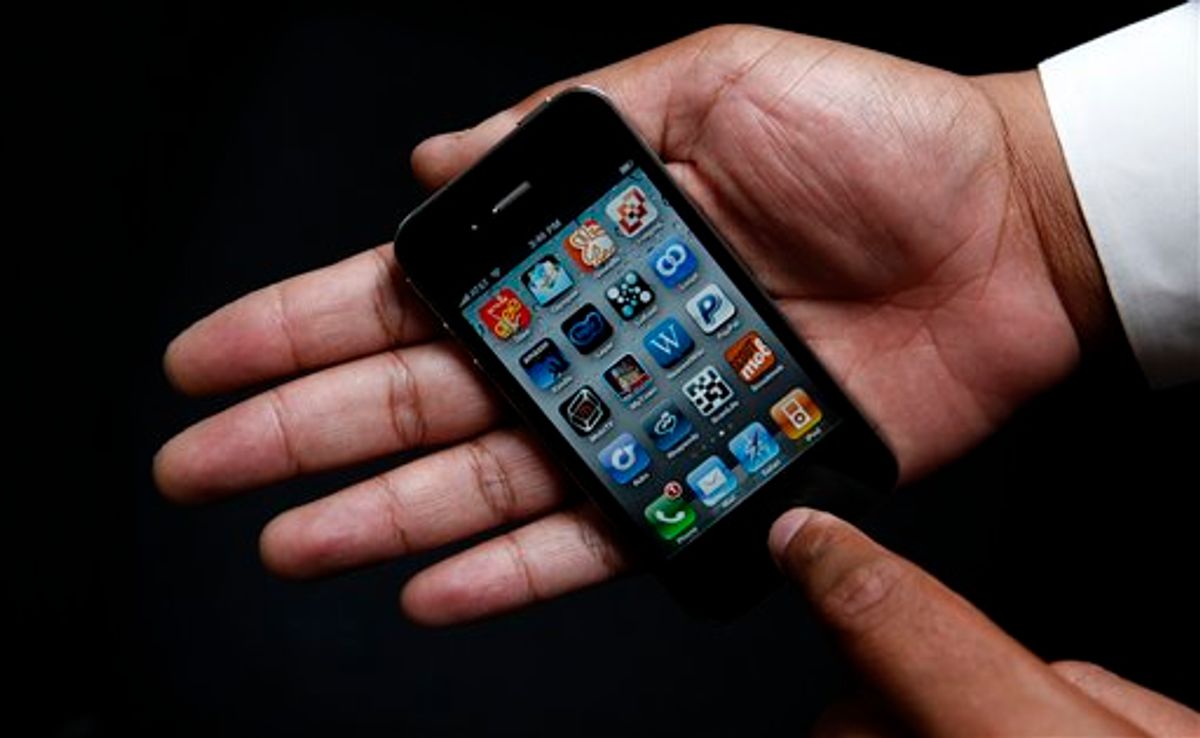 If you believe the hype, the new iPhone is the second coming of Jesus and Buddha combined. Would that hype be diluted at all if Verizon users were also given the chance to own the hot toy? We might find out in January, according to Bloomberg News. Rumors of Apple's smartphones being released to other carriers are more prevalent than whispers about Tom Cruise's sexuality, though, so bloggers and professional tech folks are guarded with their enthusiasm.

PC World has five reasons you shouldn't believe the rumors, in fact. Analysts like the ones Barron's spoke to are falling all over themselves to predict the financial boon to Verizon that an Apple offering would bring. Forbes discusses the fundamental differences between the AT&T and Verizon networks. And the Financial Post concerns itself with what would happen to Blackberry-creators RIM if this actually goes down.

Besides all this hullabaloo, Apple is still fighting "death grip" problems with the new phone (Christian Science Monitor has info on a possible patch for that,) Boy Genius Daily claims they have an Apple's internal instructions for Genius Bar employees dealing with antenna issues (you won't like it,) and users of the new OS4 are saying it's a battery "vampire," according to TechNewsDaily.com. So Steve Jobs has his hands full as it is.