As the master of the WTF interview prepares to hang up his suspenders, we salute his weirdest celebrity encounters 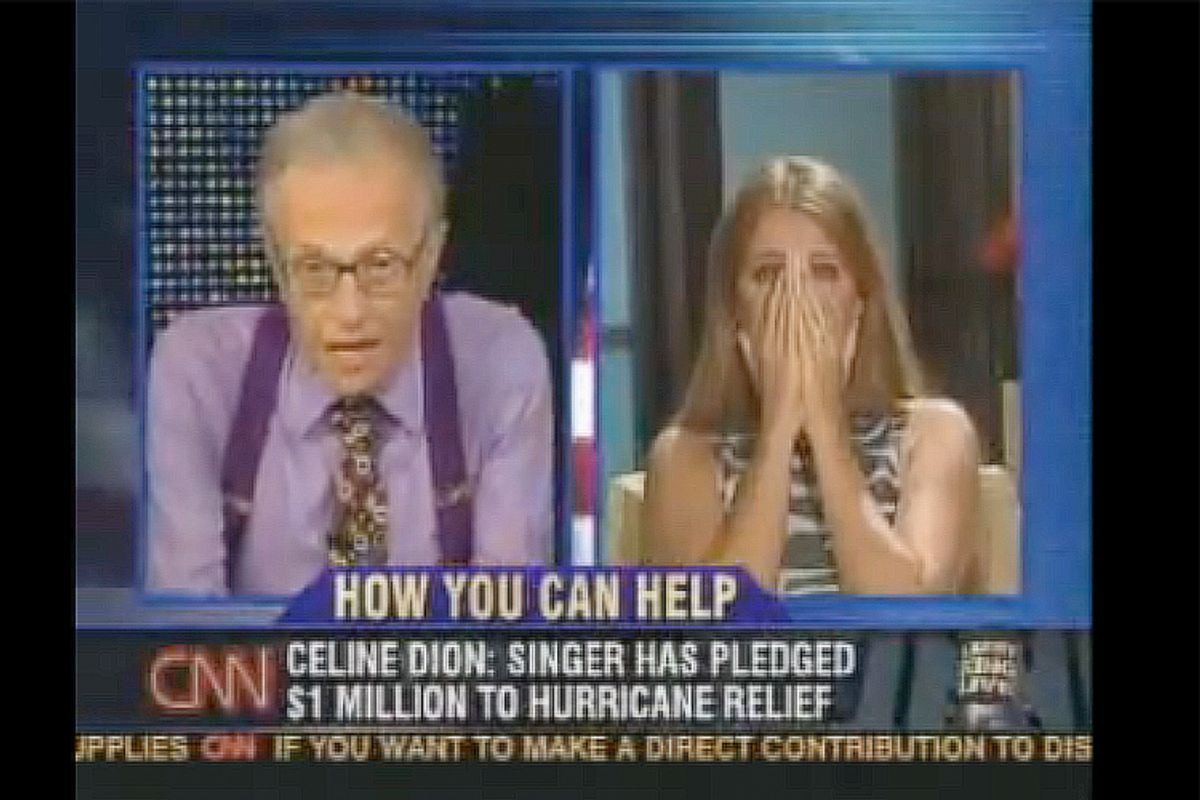 Say what you will about Larry King -- and there's plenty to talk about -- there's nobody else like him. That's why, when the star of CNN's nightly live talk show since the dawn of the cathode ray announced Tuesday that he was stepping down, the ensuing torrent of speculation over who would replace him seemed a bit absurd. Joy Behar? Ryan Seacrest? (Whenever there's an empty chair anywhere in the world, Ryan Seacrest's ass gets a shot at warming it.) As if.

Soon, it's true, someone else will have that coveted cable time slot. But no one will ever make a celebrity -- and the viewing audience -- head-scratch and squirm in quite the same way King does. With his unique blend of gruffness, softballing and baffling non sequiturs, he's consistently managed to perplex his guests right into revealing their own hubris, insanity and creepiness. And whether you think that's cause for goodbye or good riddance, you've got to admit, he's given us some awesome water-cooler moments. Try that, Seacrest.

The embattled beauty queen was likely looking for a little damage control when she went on his show in November 2009. But when the host brought up her lawsuit against the Miss California pageant, she informed him though a gritted smile that he was "being inappropriate" and threatened to stalk off. "Inappropriate King Live continues," he shrugged.

When, in 2007, the occasionally less than super-prepared host asked Seinfeld, of his iconic sitcom, "You gave it up, right? They didn't cancel you?" the comic half-jokingly gaped, "You're not aware of this? You think I got canceled?… Do you know who I am?" Don't bet on it, Jerry.

Her face still heavily painted but her body ravaged with cancer and her voice unbearably frail, the notorious evangelist told King, "I don't have any date written on me anywhere that says I'm going to die at any certain time. I just give it to the Lord." She died the next morning.

For all the times Larry misses the point, there's always a guest who doesn't quite get it either. So when King asked if it was true the actress carried around "a vial" of then-husband Billy Bob Thornton's blood, she pshawed the notion -- and then produced a "pressed flowers" pendant of her spouse's red stuff. "Yeah, but it is blood," King replied, speaking for every squicked-out viewer in America.

Appearing on King's show in March, the Snoop explained, "I've got a little space I call the Doggy Dizey in the front of the Kezetin, you know what I'm saying?" To which King unhesitatingly replied, "No, I don't, Snoop."

What can you say about the 1994 interview between the legendarily eccentric actor and the out of left field host except that King opened with, "You put your own makeup on today?" There were songs, kisses and Brando's admission that he was only there because of a contractual obligation, although, "Aside from that, I've had pleasure talking to you. I wouldn't lump you with others. You are exceptional." We have to agree.