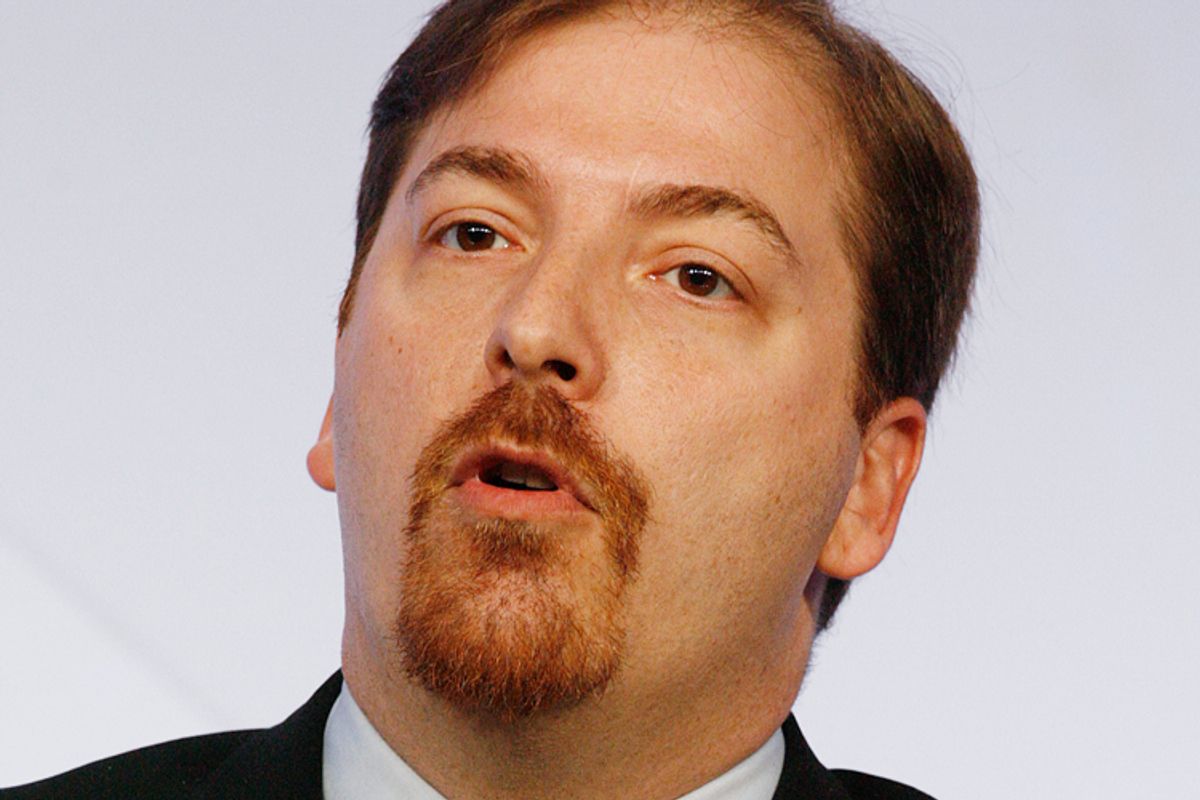 In the wake of the dispute between polling company Research 2000 and the Daily Kos, its now former client, NBC's political unit -- which, like several other old guard media outlets, has long refused to report on automated polls -- used its "First Read" tip sheet today to deliver a told-you-so message:

[T]he (Kos-R2K) story is a reminder how little confidence we have in many state polls -- and how problematic that makes it in trying to get a handle on individual midterm races. We have tremendous confidence in our national NBC/WSJ poll, conducted by Dem pollster Peter Hart and GOP pollster Bill McInturff, which we think is the best in the business. But some of the state polling we see are robo-polls (conducted by an automated voice rather than a live person), which NBC doesn’t report as a policy. Here’s a little secret: Good polls are expensive to do, and if you’re seeing a particular organization doing a slew of polls, you’ve to ask: 1) how reliable are those numbers, or 2) where is the money coming from to conduct those polls? Nowadays, on the state level, we trust the polling we’re getting from campaigns and state parties (although not necessarily those polls that are made public) more than the numbers we see from some non political polling organization.

The director of one of the most prominent "robo-poll" firms, Tom Jensen from the North Carolina-based Public Policy Polling, doesn't appreciate the lecture.

"It's very much old media stubbornness... they are unwilling to consider the fact that there are new inexpensive methodologies that can capture outcomes as accurately as they do," Jensen told Salon today. "They're just not going to change their minds."

The use of automated technology has made PPP one of the most prolific sources of state-level polling. Jensen's firm regularly releases data on Senate and gubernatorial contests in races across the country, and while many media outlets report on the findings, some refuse to. NBC, he claims, is the most obstinate.

"We know that our polls are never going to get covered by NBC as long as Chuck Todd is calling the shots there," he said, referring to the network's political director and White House correspondent. "No matter how good we are, he won't acknowledge that."

Jensen said NBC's attitude toward automated polling isn't based on any sort of quantitative analysis of how automated polls have fared in predicitng election outcomes. He cited a few different studies, including one from 2009 from the Pew Research Center, that have found that automated polling is just as accurate, if not more so, than live-interview surveys.

Many other traditional outlets, like CNN, ABC, the AP and the New York Times, also subscribe to a no-robo-polling policy. Jensen said he thinks they may soften their views as their own polling budgets decline -- but not Todd and NBC.

"Chuck Todd is probably the number one anti-automated polling person," he said. "I don't have faith that he'll ever change their policy."

Jensen said that PPP uses "an extra high level of transparency" that should give consumers confidence in the authenticity of its data and he insisted that the Research 2000 saga won't affect his business.

"We're getting a lot of converts, campaign and political organizations that, five years ago, never would have bought an automated poll," he said. "Slowly but surely, open-minded poll consumers will be willing to see that we are doing a good job."