The danger of depending too much on a Chinese rescue for the global economy: Even planned slowdowns cause panic 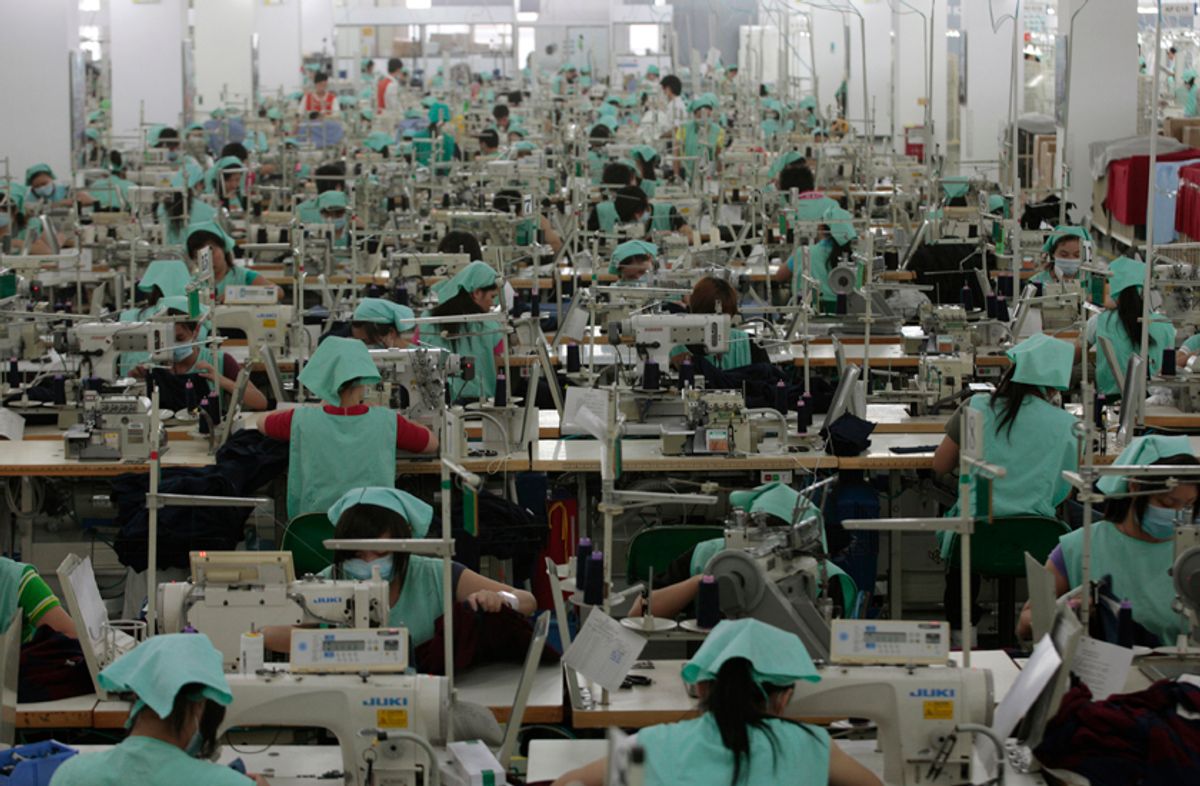 In the U.S., the economic recovery looks shakier by the day. In Europe, a continent-wide shift to austerity guarantees a slowdown. Is China the last, best hope to save the global economy?

In today's New York Times, Simon Johnson argues that the leaders of the G-20 group of developed nations are making exactly that bet.

The G-20 is betting that China can keep its growth high enough to sustain the global economy while also not getting drawn into some sort of bubble -- particularly one that would involve big Western banks. Given the nature of China and the volatility of global capital flows -- international investors love you without limit, until the moment they leave you -- this is quite a bet.

It's a gamble, to be sure, but frankly, if I was laying odds on which G-20 country was most likely to manage its economic affairs sensibly over the next decade, I'd be inclined to go with China. The current worldwide investor panic over China's decelerating manufacturing production offers a perfect example why.

For the past 24 hours, the business press has been full of alarmist headlines tied to apparent weakness in Chinese manufacturing. Case in point: The Financial Times' "China fears rise as Asian growth slows: Post-crisis expansion appears to be losing steam."

But you have to dig pretty deep into the stories for a key piece of information: This slowdown is on purpose -- and not because China is trying to cut government spending to balance budgets. China's magnificently executed stimulus plan -- executed with astonishing speed mere months after the global economic collapse -- has worked too well. In the U.S., we keep checking the economy for a pulse, but in China, the problem is overheating. I have been skeptical of the chorus of China bashers warning that a massive, 30-years-in-the-making bubble is about to pop, but I will concede this: In the U.S., when critics warn that a bubble is developing, economic policymakers tend to choose between two options: deny that any such thing is happening or declare themselves powerless to do anything about it. In China, the government takes action. For months China's government has been taking explicit steps to curb property speculation, reduce investment and redirect economic activity from the export sector to domestic consumption. And, surprise, GDP growth appears to be slowing from a torrid 11 percent annual rate of growth to a merely scalding 8 or 9 percent.

Investors outside of China should be cheering this news, rather than taking affright. The best way to guarantee a real economic disaster would be for China to barrel full speed ahead and inevitably smash into a brick wall. That would be far more challenging to the global economy than the current deceleration in growth.

I have no idea how long the Chinese government will be able to maintain its economic balancing act. But what seems clear is that China is one of the few countries in the world right now where it actually makes sense to put on the brakes.