The Democrats who hate the unemployed 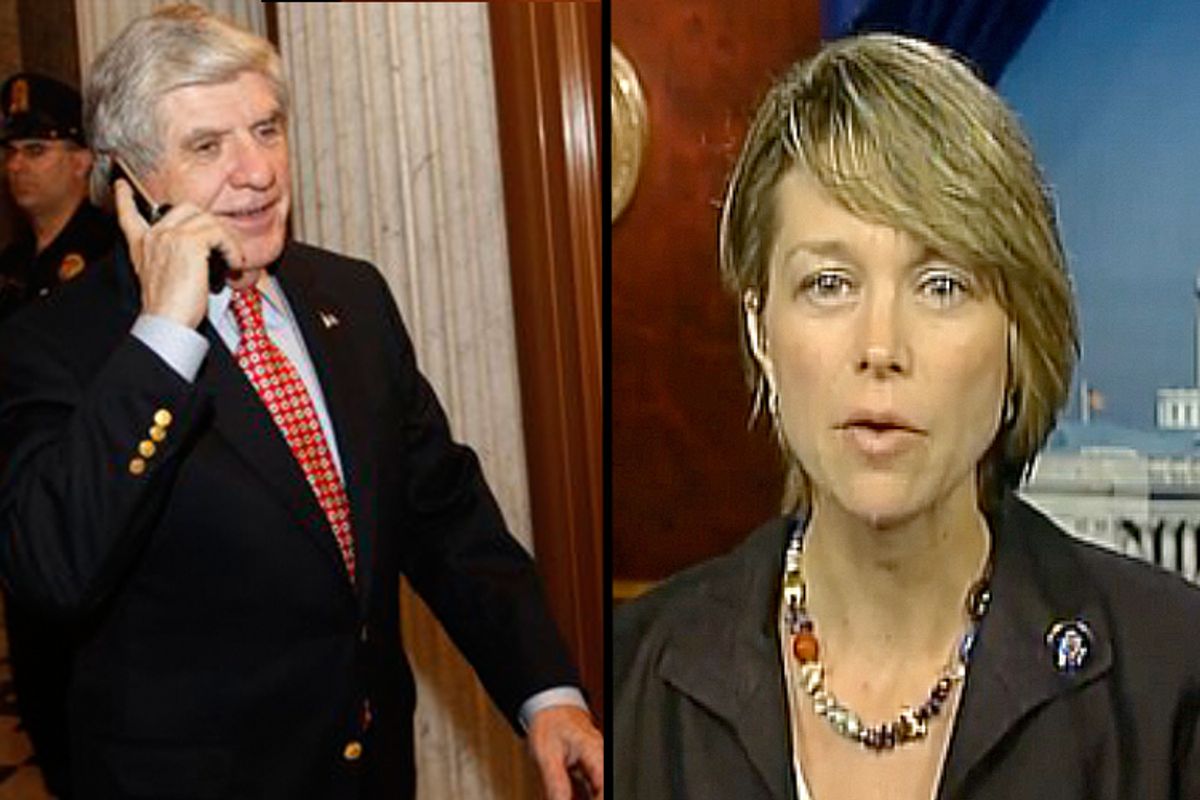 Here are the House Democrats who voted against emergency extension of unemployment benefits yesterday:

If you can come up with a coherent reason why anyone would decide to seek office as a member of the Democratic Party and then not support a Democratic proposal that is not simply popular but also vitally necessary for hundreds of thousands of desperate people, then I would like to hear it!

Throughout the entire post-New Deal era there have been massive divisions in the Democratic coalition, but they usually break down more like "people who think we shouldn't let Americans starve on the streets vs. people who agree with that but hate black people" or "people who understand that a strong social safety net is vital for the health of the entire nation vs. people who agree with that but who also want to nuke commies." This new brand of Democrat, I am unfamiliar with.

According to South Dakota Blue Dog Stephanie Herseth Sandlin, the problem is "the deficit." In addition to the deficit, Herseth Sandlin also seems pretty concerned with making sure that her coalition gets to extract concessions from the liberals on all their major proposals, even if what the liberals initially draw up is by all rational accounts the correct policy.

“It’s not just a Blue Dog concern any more,” she said. “Blue Dogs ... are grateful that we finally have not only some wind at our backs in terms of public sentiment, but we have colleagues in our Caucus and Republicans who are now expressing the same amount of concern about the debt and deficits that we’ve been expressing for a number of years, regardless of who has been in the White House and who has been in control.”

Almost 5 million people are currently on unemployment. Millions more are jobless, and still millions more are underemployed. According to Pew, one in three American workers were unemployed at some point during the recession. Ninety-five percent of those polled believe we're still in a recession. But, you know, we'd better get that deficit under control right now, on the backs of the needy.

Let us also not forget the wonderful work of Senate Democrat Ben "The Even Worse Nelson" Nelson, from Nebraska, a state made up of six people who all have jobs, thank you very much. He is joining heroic Republicans like Scott Brown and Joe Lieberman in voting against putting more money into the economy and preventing people from becoming destitute. And because of his bravery, the deficit disappeared last night, forever, and we are all rich again.