What's so bad about the biggest Gulf spill ever?

Louisiana locals complain about enviro-scaremongering. After the last big spill, everything was fine, so why worry? 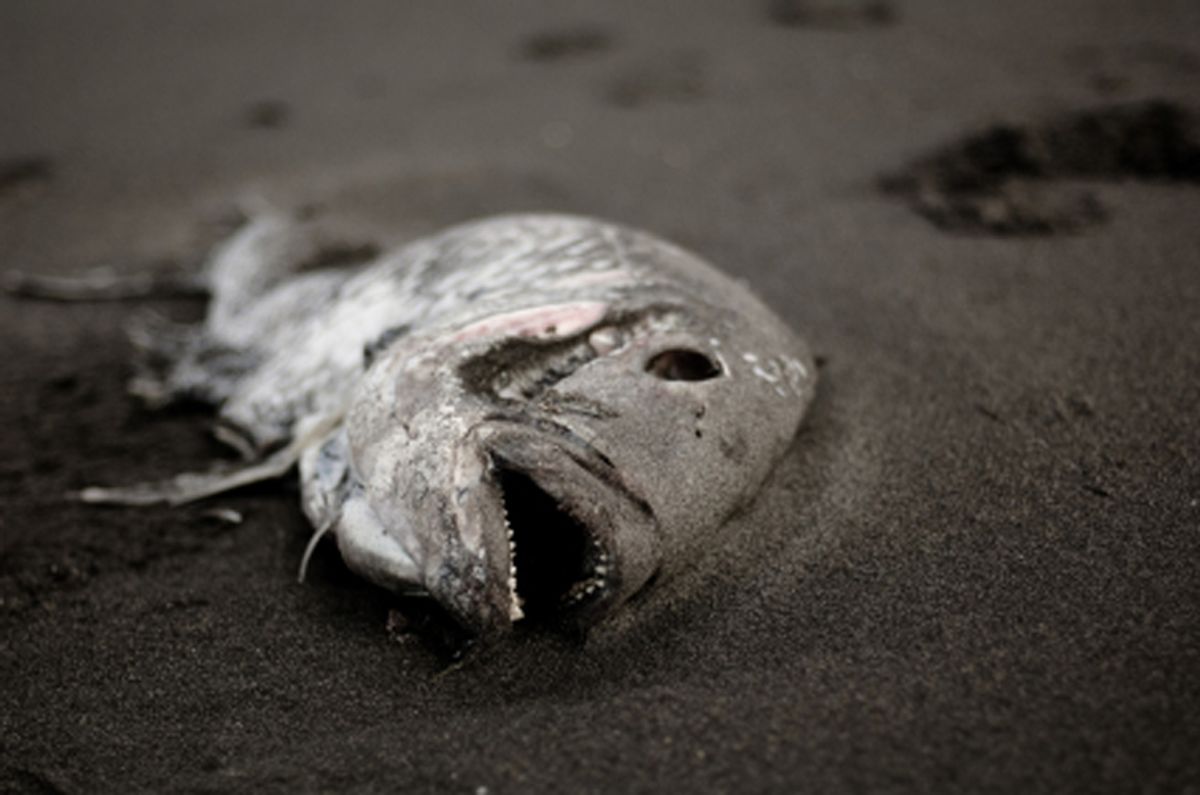 Are environmentalists putting the Louisiana fishing industry in peril by overstating the potential disastrous consequences of the Deepwater Horizon spill? That might seem like a crazy question to ask on the same day that the Associated Press reports that the BP disaster may have just passed the 1979 Ixtoc gusher as the worst oil spill in Gulf history. But that's the message conveyed in a Financial Times article this morning, claiming that while the fish will surely come back to the Gulf, the fishing industry may be permanently damaged.

"The fish themselves will recover, no question," agrees Kerry St Pe, who for 25 years worked as south-east Louisiana's oil spill response coordinator and is now director of a conservation program for the state's estuaries. "But all the things that lead to the catching of the fish, the people that go out and physically trawl, may be damaged beyond repair."

... Jerald Horst, a retired professor and author of books on the region's fish and fisheries and co-author of the Louisiana Seafood Bible, blamed environmental groups with an anti-offshore drilling agenda for exaggerating the environmental effects of the spill. "None of the experts I know in Louisiana are making these overwrought claims," he said.

On Wednesday, the Guardian reported:

In two separate research voyages, independent scientists have detected what were described as "astonishingly high" levels of methane, or natural gas, bubbling from the well site, setting off a chain of reactions that suck the oxygen out of the water. In some cases, methane concentrations are 100,000 times normal levels.

... Joye said her preliminary findings suggested the high volume of methane coming out of the well could upset the ocean food chain. Such high concentrations, it is feared, would trigger the growth of microbes, which break up the methane, but also gobble up oxygen needed by marine life to survive, driving out other living things.

By the time it is finally capped, the Deepwater Horizon spill will surely be the largest in Gulf history, there is already evidence of "astonishingly" high concentrations of methane, fish have been sighted fleeing the growing dead zones, and oil deposits are now routinely encountered on beaches surrounding the Gulf. And environmentalists are exaggerating the disaster?

The primary reason for long-term optimism about Gulf ecology appears to be the accepted wisdom that fisheries bounced back after the Ixtoc spill in 1979. But it's worth asking whether the Gulf is as resilient now as it was thirty years ago, after three decades of overfishing and agricultural chemical runoff delivered via the Mississippi. And then there's this, from a Washington Post article earlier this month.

The oil drifting north from the Ixtoc spill not only wiped out hundreds of million of crabs on Mexican beaches but, also far to the north, managed to kill 80 percent of the segmented worms and shrimp-like crustaceans that live in the sand of Texas beaches, according to Tunnell, a biologist at Texas A&M University at Corpus Christi. But the tiny animals have rapid reproductive cycles, and in about two and a half years they had recovered, he said. Poor government funding limited research on the broader ecological impact of the spill, however: "We don't have any comprehensive, good scientific studies of what happened."

Poor government funding... In January 1981, about 18 months after the Ixtoc spill, Ronald Reagan became president, and immediately drastically slashed the budget for the EPA and other environmental programs. Not long afterwards, Reagan's first choice for Secretary of the Interior, the infamous James Watt, created the now much-maligned Minerals Management Service and unleashed a binge of oil, gas, and coal leasing.

We may not know exactly what the long-term effects of the Ixtoc spill were, but other mysteries are much simpler to solve. Cut environmental protection funding, push an ideology of deregulation, and ramp up exploitation of natural resources, and what do you get? An even bigger spill.