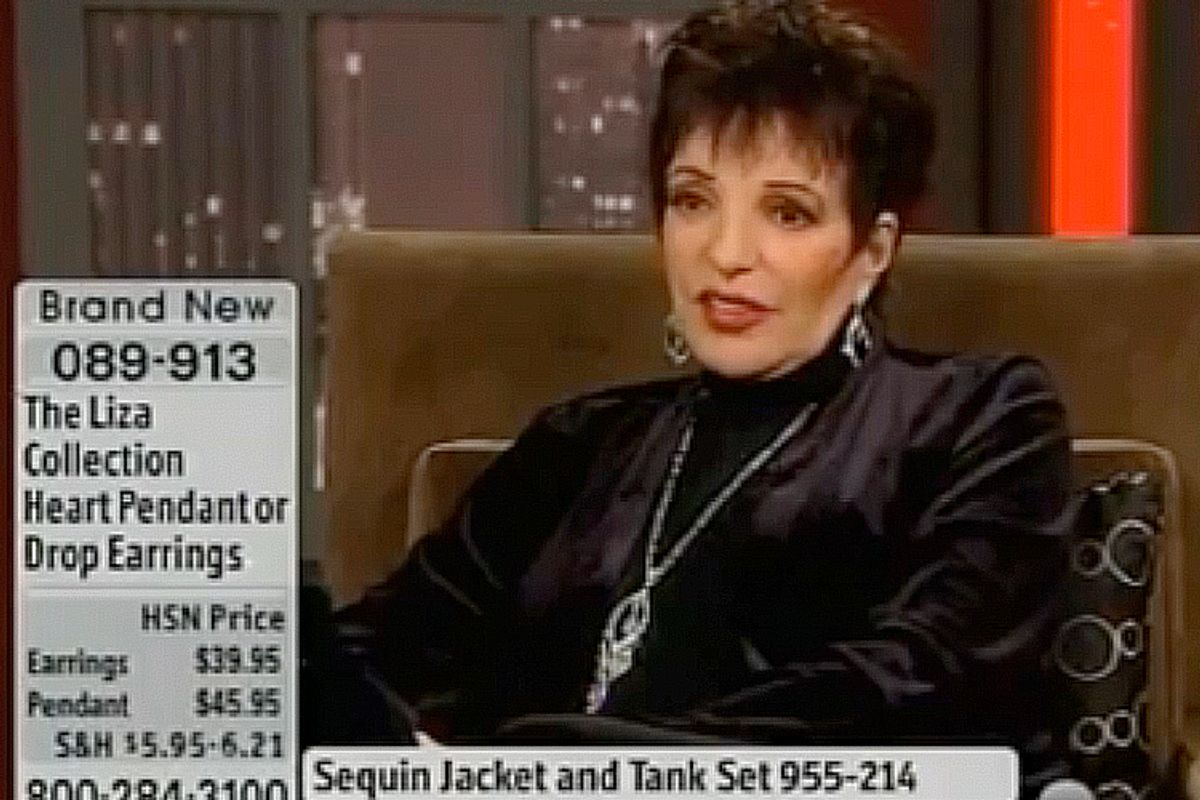 We have seen the future of Lindsay Lohan, and it looks like this. Appearing on the Home Shopping Network Wednesday evening, Liza Minnelli shilled her sparkle-laden "Liza Collection," chatted with callers who praised her triumph over "diversity" and generally appeared well out of her gourd.

Blogger and occasional NPR muse Rich Juzwiak heroically watched it all, and compiled the highlights our favorite EGOT winner in five incomprehensible minutes of talking about clay and micromanaging where her models put their scarves. As she told one fan, "It was thrilling to talk to you ... and I'll remember it!" We wouldn't put money on that promise, but we sure will.