Some of what the RNC chairman was caught saying about Afghanistan was crazy. But not all of it 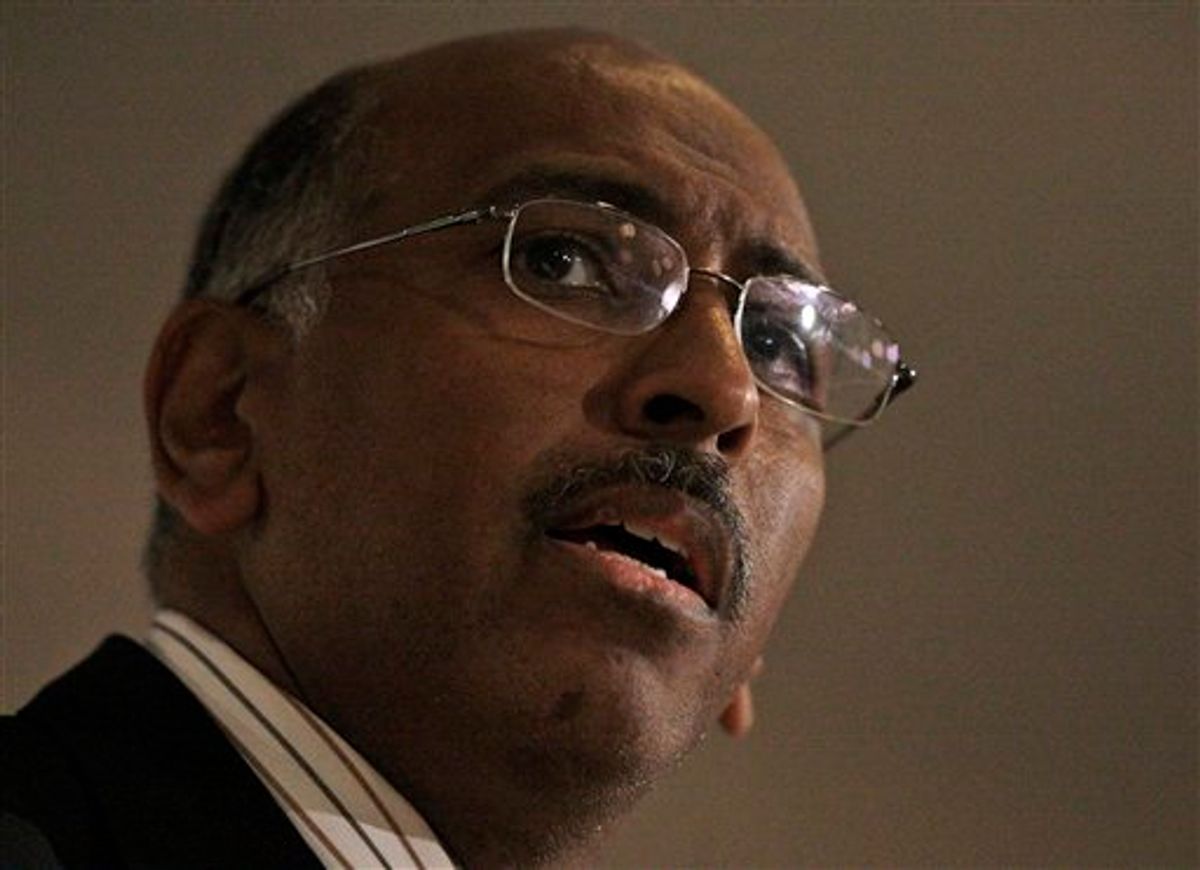 Here we go again. Michael Steele has opened his mouth and inserted his foot, and now a major Republican -- Bill Kristol, this time -- is calling for his head. Stop me if you've heard this one before.

The latest Steele gaffe, you might have heard by now, involves the war in Afghanistan. In an amateur video posted on YouTube, the RNC chairman calls it "a war of Obama's choosing" and "not something the United States had actively prosecuted or wanted to engage in." (Apparently, Steele wasn't paying attention to the news back in, say, October 2001.) He also says that history has shown that "the one thing you don't do is engage in a land war in Afghanistan."

And now Kristol has posted a plea at the Weekly Standard for Steele to step down:

Your tenure has of course been marked by gaffes and embarrassments, but I for one have never paid much attention to them, and have never thought they would matter much to the success of the causes and principles we share...

Needless to say, the war in Afghanistan was not "a war of Obama’s choosing." It has been prosecuted by the United States under Presidents Bush and Obama. Republicans have consistently supported the effort. Indeed, as the DNC Communications Director (of all people) has said, your statement "puts [you] at odds with about 100 percent of the Republican Party."

And not on a trivial matter. At a time when Gen. Petraeus has just taken over command, when Republicans in Congress are pushing for a clean war funding resolution, when Republicans around the country are doing their best to rally their fellow citizens behind the mission, your comment is more than an embarrassment. It’s an affront, both to the honor of the Republican party and to the commitment of the soldiers fighting to accomplish the mission they’ve been asked to take on by our elected leaders.

Of course, it's always ironic whenever Bill Kristol calls attention to someone else's "gaffes and embarrassments," given his own achievements in these areas. But he does have a point here: The Republican Party is united behind Afghanistan, and not in a half-hearted way.

In the way that anti-communism once united the party's disparate factions, neoconservative fervor -- animated by post-9/11 fears and suspicions of the Muslim world -- has become the new glue that binds Republicans together. Steele's statement -- at least the part about the history showing that ground wars in Afghanistan aren't wise -- may be entirely reasonable, but that kind of realist is increasingly archaic in today's GOP.

Whether Kristol's push will be anymore successful than past efforts to oust Steele remains to be seen. His term is up in a few months anyway (January) and there's no logical successor, so the GOP may just decide to leave things alone for now. The party has momentum heading into November, so why dive into a potentially divisive internal fight now, no matter how off the reservation Steele might be?