Your favorite summer fruit deserves a turn on the barbecue. It's sweet, smoky -- and a lot easier than pie 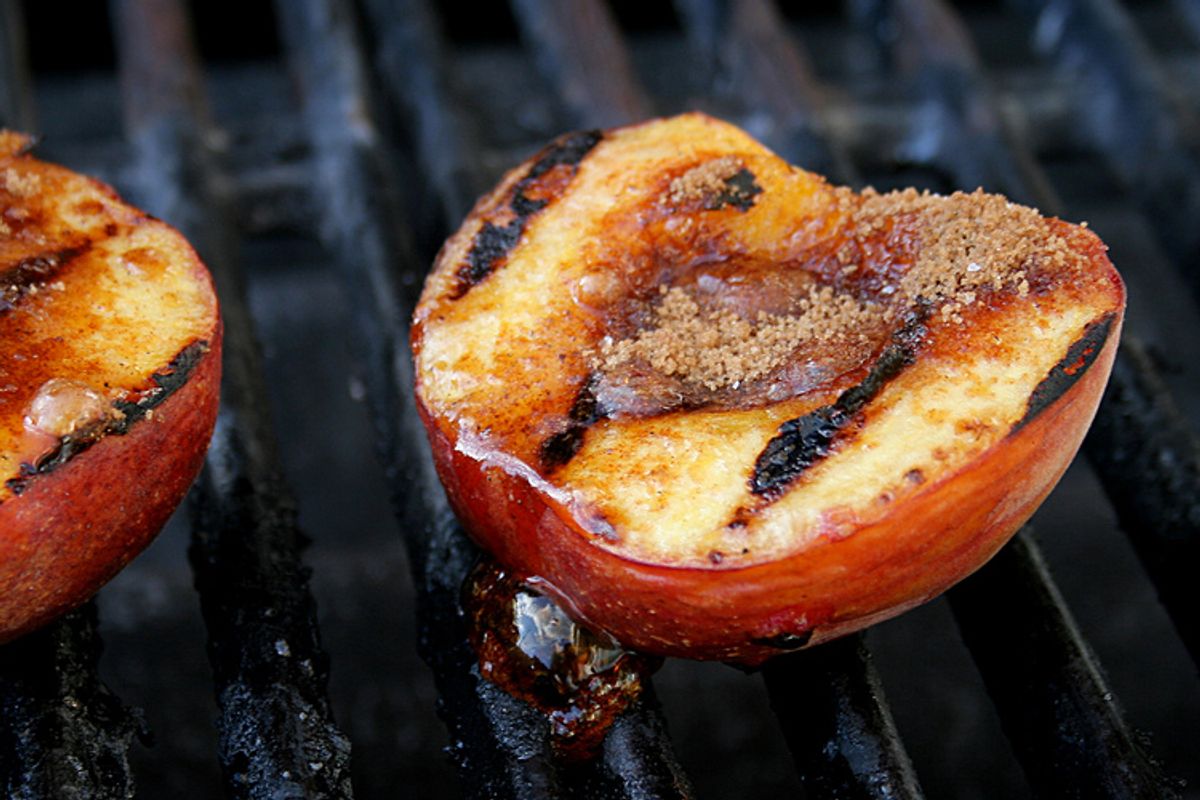 Over the years, I've equated summer with Slip 'N Slides, outdoor concerts and then rooftop bars. But now, warmer months really just remind me of barbecues at my parents’ house. Often just one or two family friends would join us, but once in a while these dinners turned into actual parties, with a couple dozen baby boomers and their kids crammed into our tiny backyard, beers in hand, waiting for the next round of flank steak to be done.

It was at one of these parties that I first discovered what I now regard as the quintessential finale to a good barbecue: the grilled peach. When summer fruit first starts showing up at the market, my mother usually goes into a crisp- or tart-making frenzy. On this particular evening, however, after one of those rare Bay Area summer days where the temperature actually climbs higher than 75 degrees -- and a day when we had already spent hours in a hot, stuffy kitchen -- and neither of us wanted to go back inside for even the 15 minutes it would have taken to throw a dessert in the oven. But we had peaches. We had ice cream. And we had a still-hot barbecue.

The result was one of the simplest, most satisfying sweet-tooth appeasers I’ve found, as well as one of the easiest ways to impress a backyard full of partygoers. While some stone fruit purists might be wary ("If you already have sweet, ripe peaches, why mess with perfection?"), most will be convinced after one bite. In-season peaches are glorious on their own, but these taste like something else entirely: the sugar-plus-heat combination makes for a seductive caramelizing effect, balsamic vinegar cuts through the sweetness; factor in a touch of smoke flavor from the coals and you essentially have s’mores for grown-ups, with a texture almost exactly like peach pie filling. Best of all, you can cook them without having to leave the backyard for more than two minutes. My recipe is as follows: