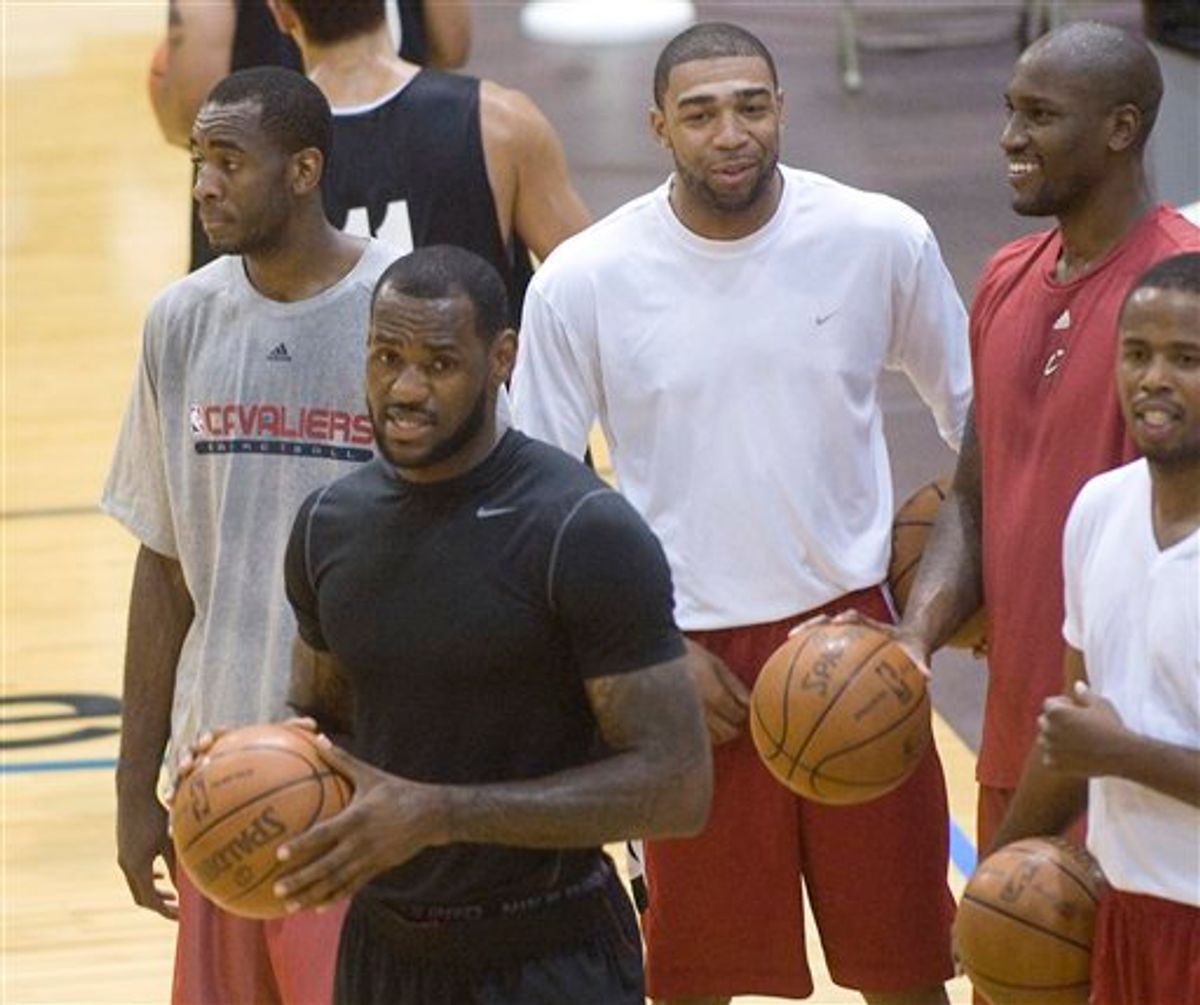 With a legion of NBA fans -- and teams -- wondering "Where will LeBron play in 2011?" James has been frustratingly tight-lipped about his future.  But the biggest free agent in the biggest free agent class of all time made minor headlines this afternoon by joining Twitter, perhaps creating a platform to make his anticipated announcement.  James' publicist Keith Estabrook confirmed with Reuters that the account is legitimate. In the meantime, blogs like the Chicago Tribune are considering James' loyalties, and don't forget that Betty White is on the case.

In a matter of hours, James compiled 150,737 followers, zero of which he is following himself, and only one rather prosaic tweet.  His first words to the Twitter universe suggest that New Orleans guard Chris Paul, James' closest friend in the league, goaded the two-time MVP into creating the account.

So far, that's it.  No earth-shattering bulletin that he is moving to New York, no hint that he likes the young talent in Chicago.  Nothing.  Maybe LeBron needs to tease us a little more.