Lindsay Lohan gets 90 days in jail

Actress has two weeks to turn herself in after missing alcohol education classes, will head to rehab upon release 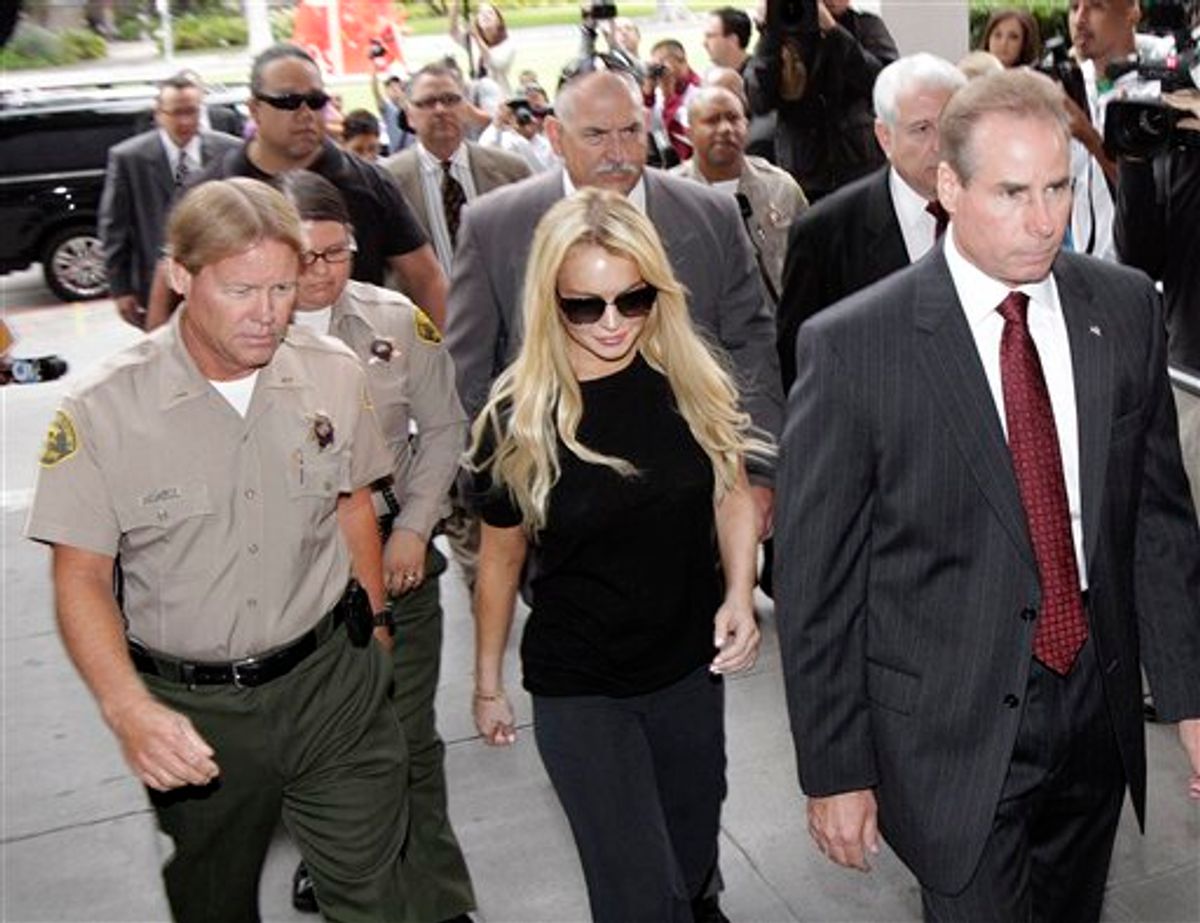 A judge sentenced Lindsay Lohan to 90 days in jail Tuesday after ruling she violated probation in a 2007 drug case by failing to attend court-ordered alcohol education classes.

Lohan burst into tears after the sentencing by Superior Court Judge Marsha Revel.

Lohan was not required to immediately surrender but will have to turn herself in on July 20. She will also be required to enter an inpatient rehab program after her release from jail.

The ruling came during a hearing set for the "Mean Girls" star after she missed a court date in May. She has been required to wear an ankle alcohol monitor since then.

The monitor issued an alert after Lohan attended the MTV Movie Awards and after-parties.

Prosecutors had hoped to introduce reports from the monitor to show the actress also had violated a court order against drinking imposed as part of her probation.

Revel said during the ongoing hearing the device showed Lohan's blood-alcohol content was 0.03.

However, Revel said she would not consider whether the actress actually consumed alcohol last month after attending the MTV Movie Awards. Lohan has denied drinking that night.

The judge said she would honor what she told lawyers for both sides in a closed meeting last month and not allow the negative report to be used at the hearing.

Revel said she would only consider whether the actress failed to complete the required number of alcohol education courses on time.

Cheryl Marshall, a co-founder of the education program, testified she did not report Lohan to be in violation of the judge's order when the actress missed nine meetings then made up an undisclosed number.

Marshall said she was aware the program received a phone call from the judge in December saying she wanted Lohan to attend classes each week. But Marshall added she never got a paper copy of the order and did not consider it active.

Marshall's program fought against providing records and testimony at the hearing, but Revel ruled the information was necessary.

Lohan's attorney Shawn Chapman Holley said she hadn't prepared to defend against the alcohol monitor report because the judge had said it would only affect bail for the actress. Revel doubled Lohan's bail to $200,000 after learning of the alert last month.

The hearing immediately hit a snag as Chapman Holley and prosecutor Danette Meyers sparred on what evidence could be introduced.

Lohan spent 84 minutes in jail in 2007 after she pleaded guilty to two misdemeanor counts of being under the influence of cocaine and no contest to two counts of driving with a blood-alcohol level above 0.08 percent and one count of reckless driving.

The plea came after a pair of high-profile arrests earlier that year. Lohan was sentenced to three years of probation but had to ask for a yearlong extension in October after she failed to complete her alcohol-education courses on time.