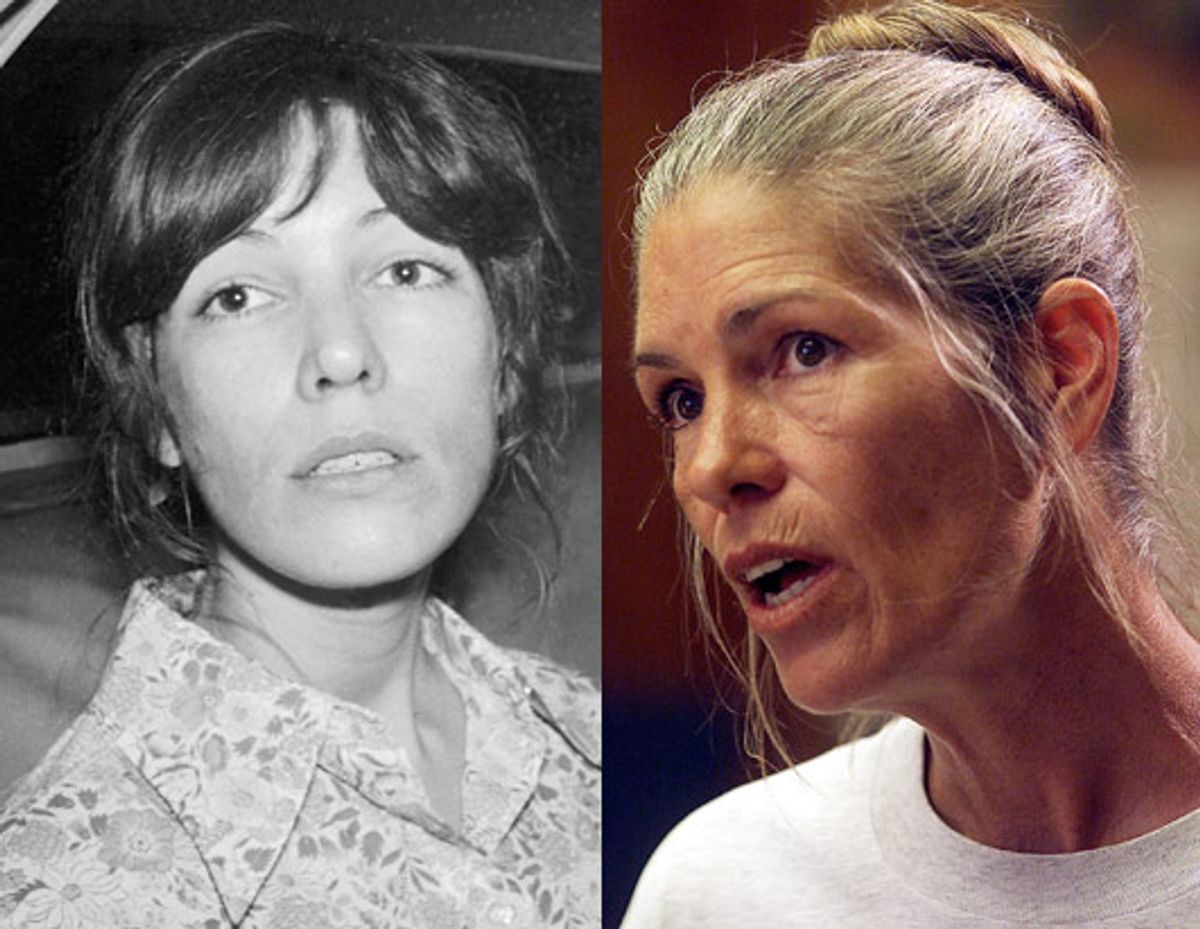 Leslie Van Houten has spent the last 40 years in a California prison after being convicted of murder and sentenced to death for her part in a 1969 killing spree ordered by magnetic psychopath Charles Manson. Her sentence was eventually commuted to life in prison, and she's been up for parole 19 times already, with a myriad of lawyers all failing to secure her release. Van Houten isn't short on supporters, though, according to ABC News. The Baltimore Sun featured some of writer-director John Waters' thoughts on Van Houten, his friendship with her, and his fascination with the Manson family.  Larry King was able to interview Van Houten in 1994, and CNN has excerpts from that exchange, including her declaration that Charles Manson was "an opportunist of the cruelest, most vicious kind."

An excerpt from a 1991 documentary on Leslie Van Houten: