He can go ahead and embarrass the GOP as much as he likes, because it's hard to fire an RNC chairman 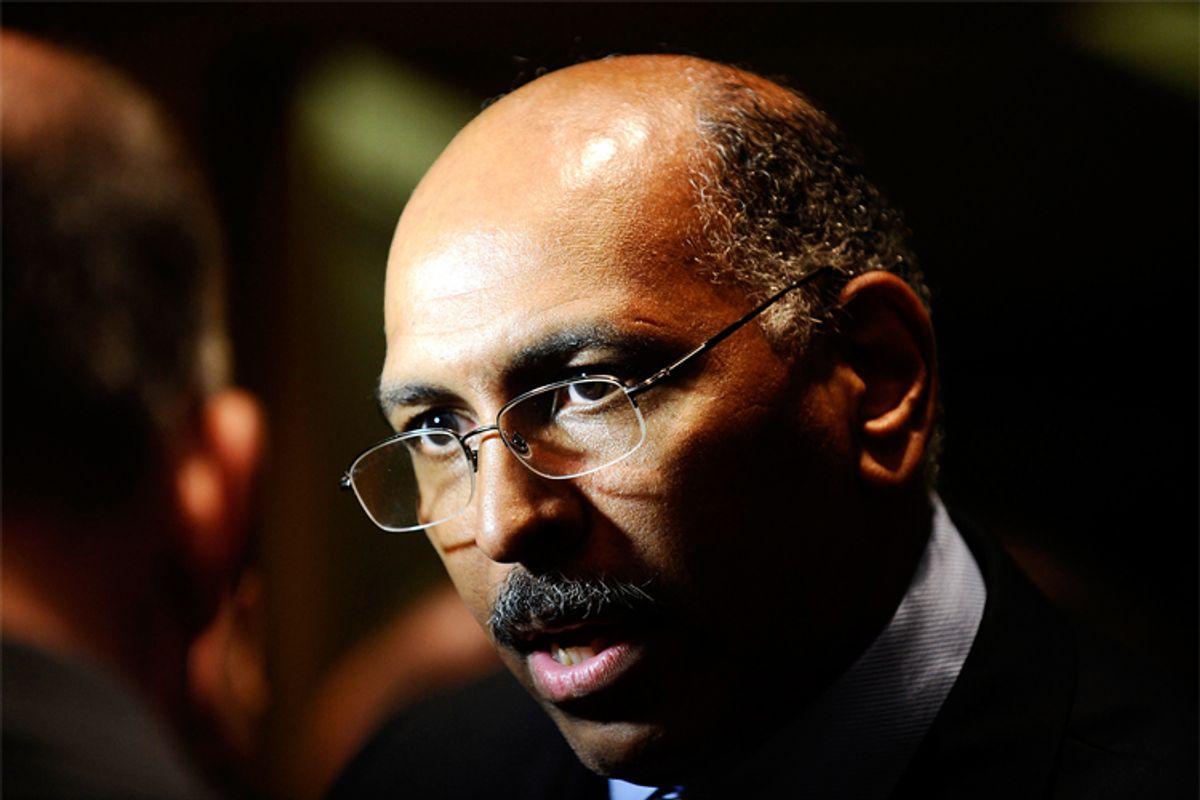 Is Republican National Committee head and inadvertent Afghanistan peacenik Michael Steele in danger of losing his job? Both Liz Cheney and Bill Kristol have called on him to resign, which compels me to support him unconditionally. But he doesn't need my help -- it's nearly impossible to oust an RNC chairman.

If firing him were easy, he would've been gone months ago. Steele took money for speaking gigs, made media rounds promoting a book he never told anyone he was even writing, scared off fundraisers, and presided over a humiliating expenses scandal that got the words "Michael Steele lesbian bondage club" repeated on every major network for a good week.

But two-thirds of the committee's members would have to vote to fire him. And firing him would be as humiliating for the party as his continued presence. Republicans probably don't want to oust their only prominent African-American party leader, especially when he barely won the job from a South Carolina pol who belongs to a whites-only country club.

So they have to wait for Steele to resign. And I think they'll be waiting for a long time.

Update: Well, they'll be waiting until January, at least, when Steele's term is up.