Bosh and Wade team up in Miami: LeBron next? 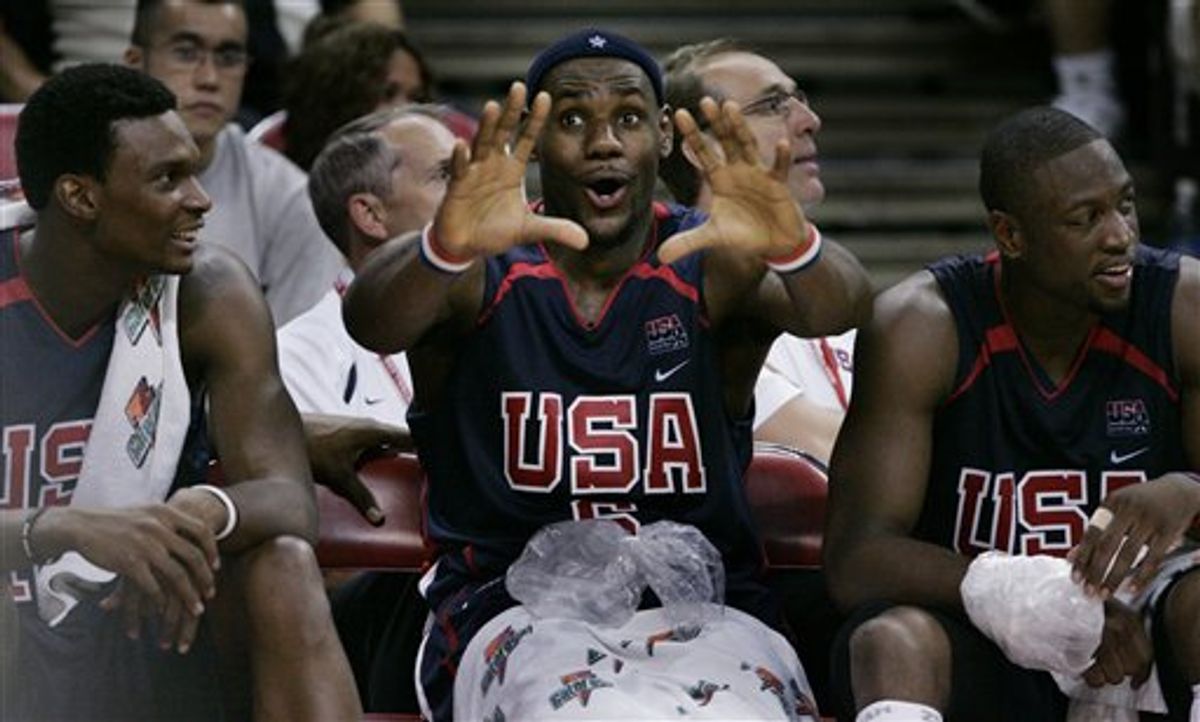 FILE - This Aug. 3, 2006, file photo shows LeBron James, center, of the United States joking around with teammates Chris Bosh, left, and Dwyane Wade during an exhibition basketball game against Puerto Rico, in Las Vegas. Dwyane Wade wouldn't mind having LeBron James and Chris Bosh join him in Miami. If there's one team with the money to unite the three it's the Heat. (AP Photo/Laura Rauch, File) (AP)
--

LeBron has everyone's ears tomorrow, but today belongs to the two "other" free agents.

Toronto Raptors forward Chris Bosh has agreed to play in South Beach with the Miami Heat's All-NBA guard, Dwyane Wade, according to ESPN.  The dynamic inside-outside duo could be the foundation for a title-contender in the NBA's Eastern Conference, whose reigning champions -- the Boston Celtics -- may be on their last legs.

Chris Mannix of SI.com believes the Bosh-Wade pair isn't enough.  The Heat have only two other players under contract for next year, Michael Beasley and Mario Chalmers, hardly an adequate supporting cast.  But that also means there's still enough salary cap space to sign another star.

Which is why fans of the Cleveland Cavaliers are on suicide watch.  It's possible that the Heat could add free agent LeBron James, the Cavs' hometown superstar.  That holy triumvirate would have fans drooling at the mouth and opposing teams wetting their pants, with the NBA title on lock for the foreseeable future.

Is that just a fantasy?  We'll start to find out Thursday at 9 p.m. EDT when James is scheduled to announce his intentions on ESPN.