How Lindsay Lohan should spend her jail time

As the actress prepares to serve her sentence in the pokey, we offer life lessons from other famous cons 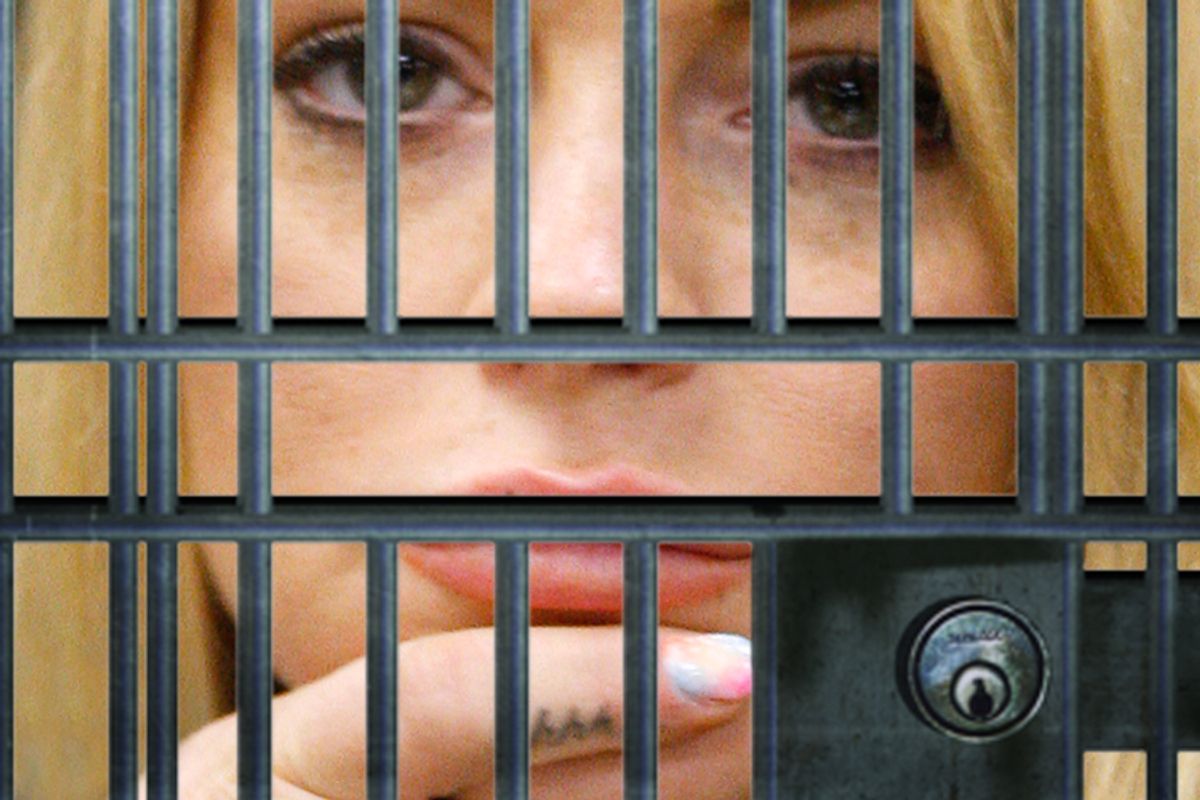 When Lindsay Lohan learned Tuesday where she's going to be spending the next three months -- prison, for violating the probation on her 2007 drug possession and reckless driving charges -- it was no doubt a blow to a woman more accustomed to carousing the French Riviera. At her sentencing, the troubled actress displayed an understandable range of emotions. Sad and scared, she wept openly several times. Contrite, she pleaded, "I did do everything I was told to do. ... I'm not taking this as a joke, it's my life and career." And angry, she flashed a tiny "fuck u" painted on her middle fingernail.

Jail -- and the court-ordered rehab that will follow her term -- will no doubt be a rude change of pace for the globetrotting party girl. But no one deserves to be written off at the tender age of 24. And perhaps as she embarks on her new adventure, Lohan can remember that in many cultures, the word for "this sucks ass" is the same as that for "opportunity." She finds herself now in the noble company of Paul of Tarsus, Niccolo Machiavelli and Zsa Zsa Gabor, all of whom  paid a debt to society during their esteemed careers. And maybe if she cleans up and gleans a few lessons from the experiences of history's veterans of the penal system, incarceration might wind up being a whole lot better for her career than, say,  "I Know Who Killed Me" ever was. And so Lindsay, we offer you this handy celebrity guide to getting on in the hoosegow.

Make friends. When Martha Stewart strolled out into the sun after doing five months in a West Virginia prison for fraud, the queen of DIY proudly sported someone else's handiwork -- a sporty poncho crocheted by a prison pal. It was an instant smash for her craft-loving fans -- and a clever statement that the icy domestic diva had attained a measure of acceptance among her peers.

Simplify. After your disastrous experience working for Ungaro, maybe a clean slate is called for. Tim Allen, no stranger to jail time on narcotics charges (he served over two years in the '70s), said recently on George Lopez's show that "One of the things I liked about being inside -- dress. I would wear the same crap every day if I could get away with it."

Teach. After serving his sentence stemming from a 2007 weapons charge,  T.I. told "Access Hollywood" that during his stint, he taught a self-enrichment class. "There's people in there who hadn't ever done anything but what got them in trouble ... So I was speaking on a platform of you never know what you can accomplish until you set out to do it. You might surprise yourself if you give yourself an opportunity."

Change your politics. Speaking to the New York Times in 2008, another actor with a notoriously long rap sheet, Robert Downey Jr., said, "I have a really interesting political point of view, and it’s not always something I say too loud at dinner tables here, but you can’t go from a $2,000-a-night suite at La Mirage to a penitentiary and really understand it and come out a liberal. You can’t. I wouldn’t wish that experience on anyone else, but it was very, very, very educational for me and has informed my proclivities and politics ever since."

Write an impassioned, history-changing dispatch from the inside. It worked for Martin Luther King Jr.  Of course, it also worked for Hitler, so maybe not.

Turn your damn life around already. Merle Haggard, a man for whom the word "recidivism" seems to have been coined, was in and out the system for years before a series of galvanizing experiences -- including seeing Johnny Cash perform while serving in San Quentin -- gave him the impetus to get serious about a career in music. By age 27, he was a star.

Appreciate the change of scenery. Marijuana enthusiast Robert Mitchum, who did two months for possession in 1949, took his jail time in tough guy stride, famously describing prison as "Palm Springs without the riff raff."  Lindsay, sounds like just the kind of break you could use.