As long as the police automatically view black males as threats, the same violent cycle will continue 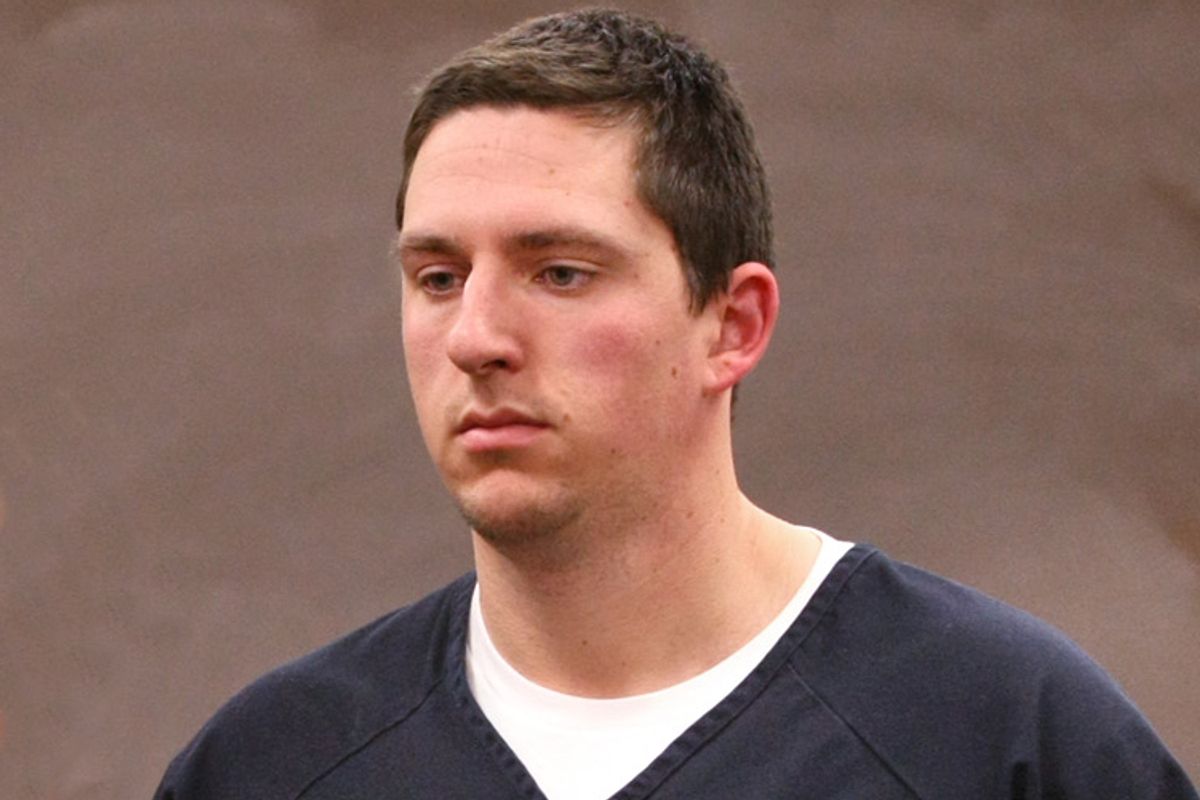 Will justice be served in the case against Johannes Mehserle for the murder of Oscar Grant III, a young father shot in the back as he lay facedown on the BART platform in Oakland, Calif.? Mehserle's defenders claim he mistook his gun for his Taser. His detractors call him an executioner. The plain facts of the case beg the question of why a police offer would feel the need to use a Taser in this situation, let alone a weapon. It also begs the question of why a police officer would intentionally fire a bullet into the back of a prone, defenseless man in front of a large crowd of people. And no matter what the verdict, the troubling reality remains that the shooting of unarmed black men by police officers happens so often that, outside of the courtroom, the Mehserle case is not so much about what happened at the Fruitvale station on New Years Day 2009. It is about the awful consequences that arise when police officers regard every black man as a potential threat.

If history is any indication, the jury will let Mehserle go free, leaving Grant's family and friends to their grief. Take, for example, the officers involved in Amadou Diallo's 1999 murder. Diallo, a young Guinean immigrant, died after fleeing four plainclothes NYPD officers who demanded that he submit to their questioning. The cops fired a total of 41 shots, 19 of which struck Diallo. They claimed to have mistaken his wallet for a gun. All four officers were acquitted of second-degree murder. Diallo's family eventually won a $3 million settlement from New York City.

In another case of NYPD officers mistaking unarmed black men for dangerous targets, Sean Bell died the night before his wedding after several undercover cops unleashed a hail of 50 bullets onto the car he was riding in with two other men (one black, the other Latino).  The officers claimed that they believed one of the men was reaching for a gun. In 2008, three cops were acquitted of wrongdoing in Bell's death.

The list goes on. There's Deandre Brunston, who was shot 22 times by Los Angeles sheriffs and left to die while a police dog, also shot, was airlifted for treatment. (The dog died too.)  A 73-year-old cancer patient, Bernard Monroe, was shot to death in front of his family while seated on his front porch in Homer, La. No indictment resulted from the investigation. In six out of seven fatal police shootings of black men in Kentucky, no charges were brought against the officers. In Illinois, the Department of Justice is still investigating the case of an unarmed black man shot to death in front of children at a daycare center by officers responding to a domestic violence incident.

Standing in stark contrast is the Danziger Bridge case, one of the most disgusting examples of police animus toward black men and one of the only cases in which the officers responsible for the killing will be put behind bars. In the chaos of the flooding of New Orleans after Hurricane Katrina, police officers shot one man dead and severely injured several others. Ronald Madison died as he ran from the armed officers with his empty hands raised. He was shot in the back, then beaten and killed. The injured were shot when another officer opened fire with his assault rifle "in a sweeping motion" across a line of men lying prone in surrender. Five years later, the officers implicated are one by one pleading guilty to their involvement.

Did Mehserle execute Grant, or accidentally kill him with a tragic mistake? The verdict will be rendered and the defendant jailed or set free, but the fact remains that, at best, unarmed black men die at the hands of nervous police officers who see the color of their skin and instinctively think "threat" and not "civilian."  At worst, black men are targeted by police officers not just for disproportionate incarceration but for coldblooded murder. Given this awful history, is it any wonder that the black community expects justice denied? In an ideal world, law enforcement officials would acknowledge the unspeakable tragedy of the death of a young man who was loved and is missed. They would open a dialogue with black community leaders about how to prevent future killings of unarmed men by police officers. They would own up, apologize, move forward with change in mind. Instead, while community groups work to keep the peace, law enforcement has been working overtime, 12 hour shifts, with the expectation of riots in the event of an acquittal.