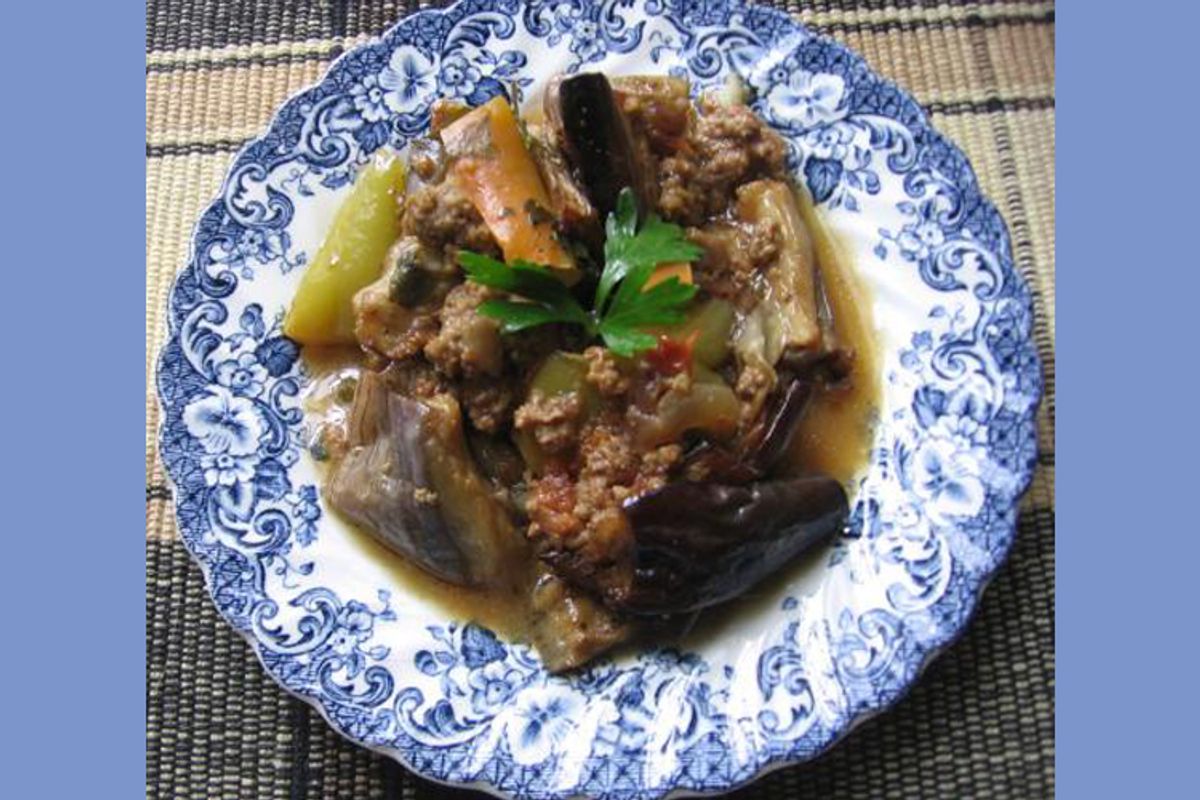 Eggplant is one of these ingredients many people dislike, either due to its nomenclature, or its taste. So a little enlightenment is in order about this shady plant to give it due recognition in terms of its health benefits and its place among the gourmet recipes in renowned kitchens of the world.

Recognized by many names in various international cuisines, eggplant is botanically classified as a berry that has lots of edible soft seeds containing nicotinoid alkaloids, which is a close relative of tobacco. That is what gives the plant its bitterness. It is possible nowadays to find eggplants without seeds: The Japanese variety, which is light purple, long and thin, is a good example of this. Also, when you buy eggplants, don't go for the very hard ones; that's indicative of seeds within.

There are, of course, male and female eggplants, which can be identified by their indentation and protrusion, opposite the stem ends of the plant. I avoid the indented ones as those are the unwanted females full of seeds.

In Turkish cuisine, eggplant is used in so many recipes from pickles to jams and everything in between. Some recipes, such as Imam Bayildi, "Priest Fainted," or Hünkâr Begendi, "Sultan's Delight," have interesting names with entertaining stories behind them. Others are simple and modest everyday dishes. One of my favorites is Patlican Musakkasi, an unpretentious, peasant type of dish that's ready with minimal effort and preparation. It is the kind of meal around which family or friends can gather, chat, listen to songs of hope and lost loves, as they soak up the tasty juices on their plates with thickly sliced bread, and sometimes even lick their fingers -- it's that good!

In my house, musakka is accompanied by a salad of tomatoes, cucumbers and finely sliced onions, dressed with balsamic vinegar and extra virgin olive oil. Often there's a side dish of rice pilâv cooked with browned orzo, which makes the meal complete.