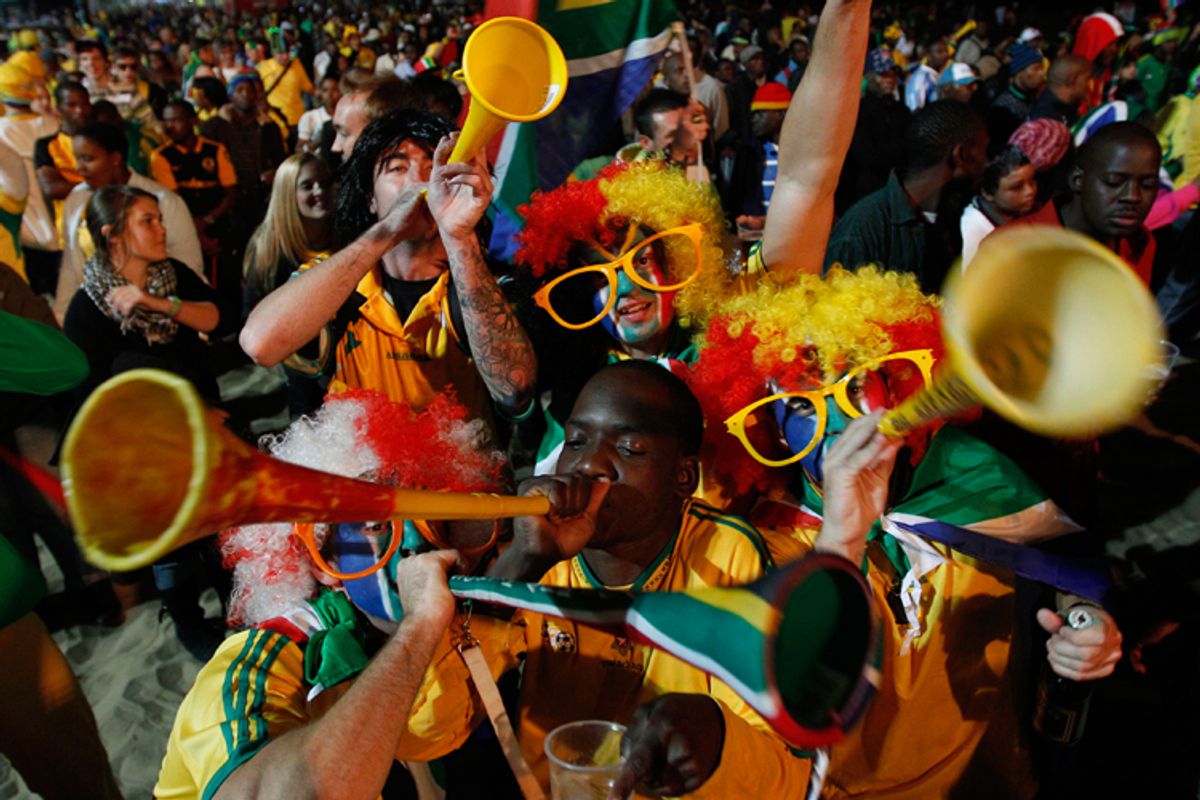 Who says China is a no-show in the World Cup? ChinaSmack translates a Netease photo-essay detailing the many ways in which China is participating in South Africa's Cup. Chinese factories manufactured the controversial Jabulani soccer ball, the vuvuzelas so beloved by the fans, the stuffed Zakumi mascot, condoms distributed in the major cities, the crazy wigs donned by nutty spectators and even 50,000 seats installed in the major stadiums.

This evidence of industrial prowess does not appear to have assuaged the bruised feelings of some patriotic Chinese citizens, however. Displaying an Internet-enabled grouchiness that transcends national and cultural boundaries, their comments suggest that China's status as low-wage labor factory of the world isn't any more popular at home as it is with workers in the Western world.

"How many things were polluted to make these things, the income is not proportionate to the consumptio?. The true 'world factory' is not worth showing off, instead, we should deeply reflect and feel sad."

"I only feel very ashamed. Many things we can make, but most of the money is earned by other countries. I really don't know what to say."

"China is very competitive in light industry products and in many fields. China's massive manufacturing exports is the collapse of factories in many countries --¦he unemployment of many foreign countries' people! It isn't that other countries do not want to do this business, but that they cannot outcompete China!"

And best of all:

There you have it -- all the vuvuzela mass production in the world can't equal the joy that would have come from replacing Spain or the Netherlands in Sunday's World Cup Final.