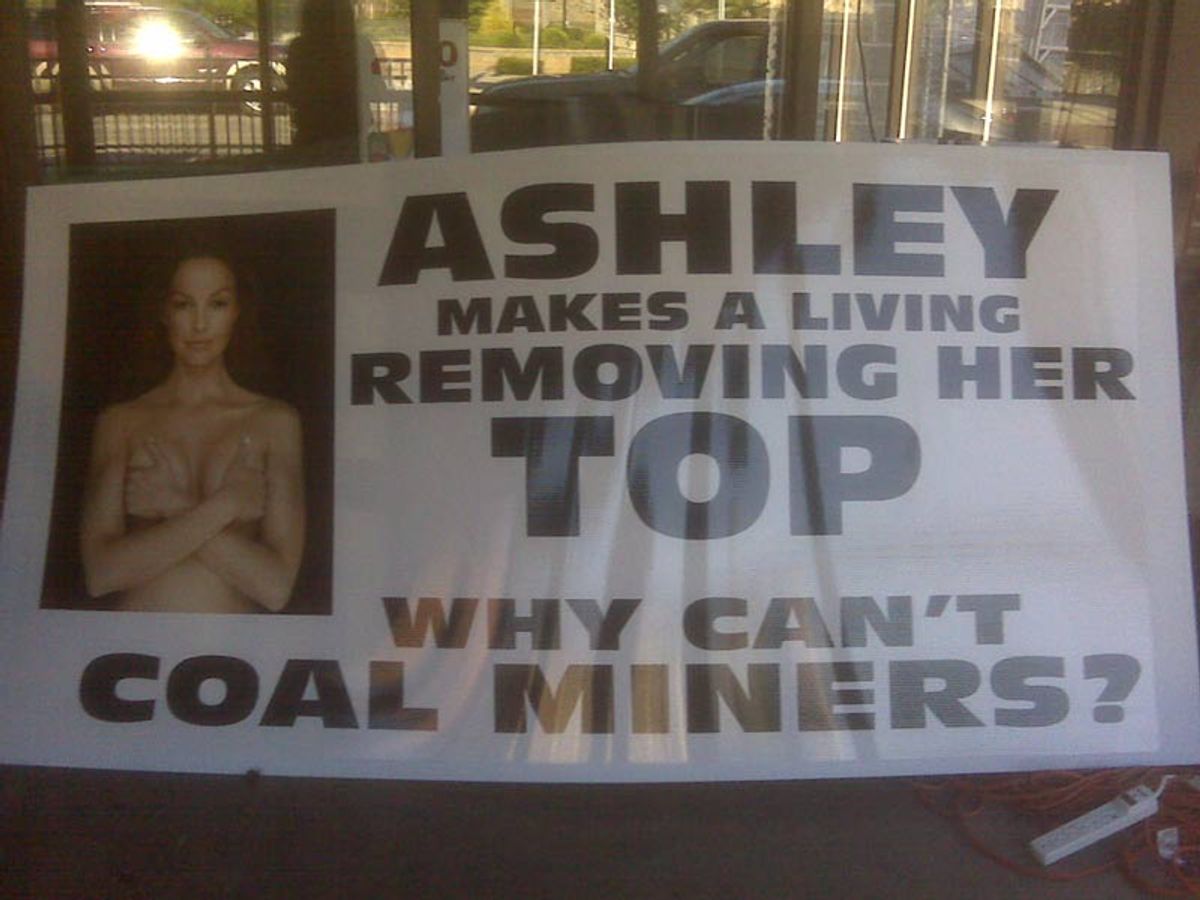 Ashley Judd -- actress, YouthAIDS global ambassador and former resident of Kentucky -- is being taken to task for her comments about the process known as "mountaintop removal mining," or MTRM, a method that is exactly what it sounds like, and is used primarily in the Appalachian Mountains, which happen to run through Kentucky.

Judd was at the White House press club in June when she decried the practice and called it the "rape of Appalachia." This did not sit well with politicians and coal mining bigwigs in her family's home state -- and participants at a golf tournament there this week got an eyeful of Judd's topless 2006 Marie Claire magazine cover with the words "Ashley Judd makes a living removing her top, why can't coal miners?" printed on it.

Why a golf tournament? The course itself is a mining reclamation site that was name-dropped by Judd when discussing MTRM, and the players were made up of mostly miners and their supporters. An "anonymous donor" furnished the golf course with the sign, which might mean a kid in a basement with Photoshop.

We're confused too, particularly by the analogy. Kentucky news outlet WKYT might be able to clear a few things up, and it has the original story about Judd's comments as well. The  Natural Resources Defense Council blog praised the Judd's ability to use her celebrity for environmental activism. And back in June the Wall Street Journal reported that the Army Corps of Engineers actually stopped fast-tracking MTRM permits.

Ashley Judd speaking at an "I Love Mountains" rally in February: